ICG: The United States must help pull Yemen back from total collapse 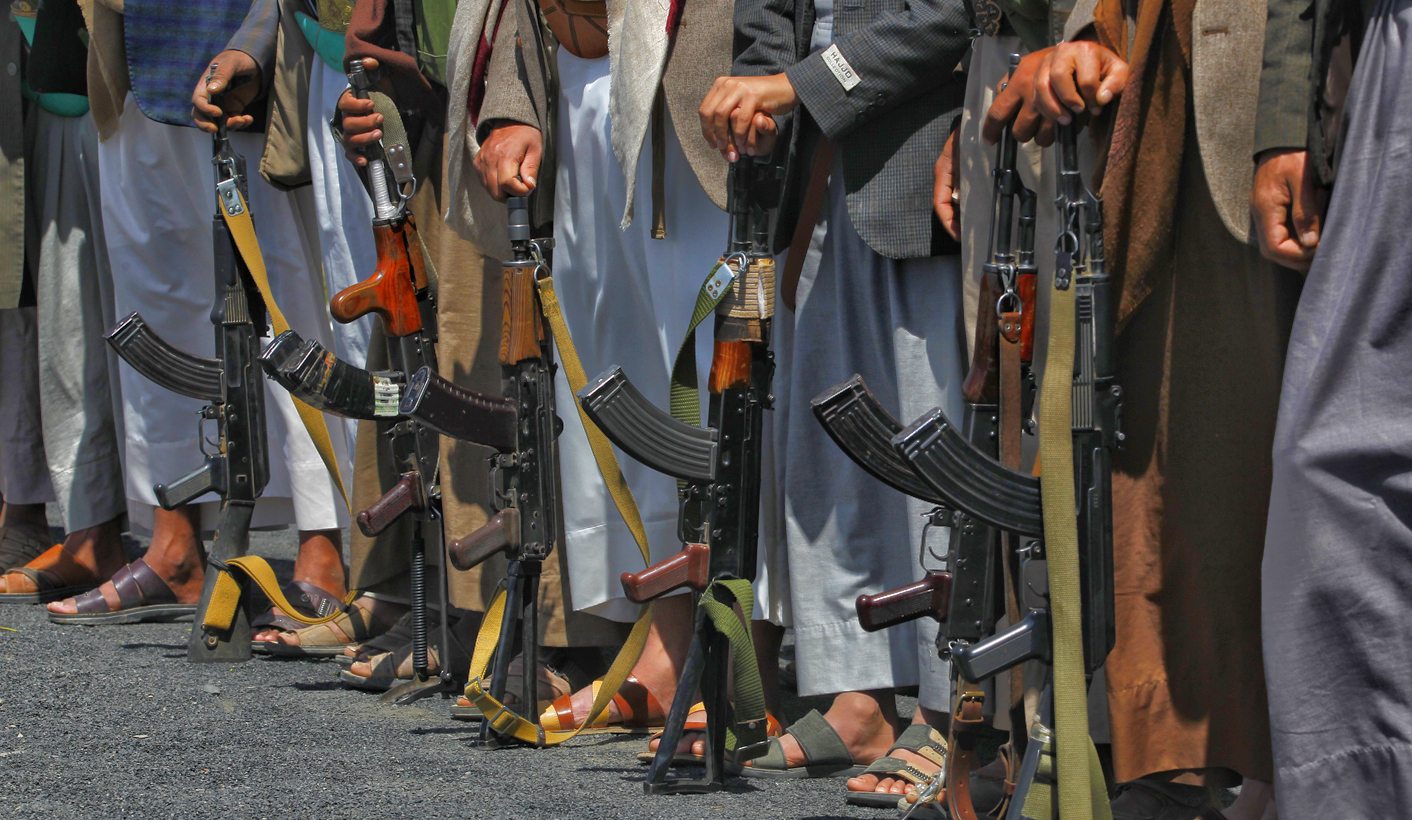 As the United States accuses Russia of “barbarism” in Syria over the targeting of a humanitarian convoy in Aleppo, Washington continues to support a brutal military campaign in Yemen that has repeatedly struck hospitals, schools, residential areas and civilian infrastructure, without apparent consequence. By Jean-Marie Guéhenno for INTERNATIONAL CRISIS GROUP.

The war in Yemen has created one of the worst humanitarian emergencies in the Middle East, and that is saying a lot. More than 21-million people are in need of humanitarian assistance — around 80% of the country’s population. Fourteen million people are food insecure. More than 10,000 people have been killed, including approximately 4,000 civilians, with the majority of deaths caused by Saudi-led, US-assisted coalition airstrikes.

Now the situation is about to get worse.

On September 19, President Hadi fired Yemen’s central bank governor and announced he would move the bank from the Houthi/Saleh-controlled capital, Sanaa, to the government’s temporary base in the port city of Aden. The decree appears to mark a turn toward economic warfare aimed at strangling the Houthi/Saleh alliance financially. Yet ordinary Yemenis will suffer the most.

The move appears to be ill-planned, opening a host of uncertainties, including the possible collapse of the banking system and an inability or unwillingness to pay salaries nationally, which would accelerate economic collapse and could tip large parts of the country into famine. It almost certainly will encourage the Houthi/Saleh forces to escalate countermeasures, including attacks inside Saudi territory. Not least, it will deepen the political divide between north and south Yemen.

The Hadi government’s move to relocate the Central Bank has already complicated any further prospects for negotiation. And now, as part of the latest in a tit-for-tat escalatory cycle, the Huthi/Saleh coaliton attacked a UAE vessel on October 1 in the Red Sea and on October 3 announced that they would form a rival government.

International economists say that the bank has remained largely impartial under extraordinary circumstances. But it is now near insolvency and increasingly politicized. The bank’s monthly payments to the Houthi-controlled defense ministry in particular have rankled the Hadi government and its backers. Saudi Arabia, which has propped up Yemen’s economy in the past, is no longer prepared to put cash into a bank it sees as being used to finance a war against it. It seems less concerned that the bank’s demise in Sanaa could precipitate Yemen’s total economic collapse.

Paradoxically, Hadi issued his decree on the heels of a push by his international backers to revive collapsed UN peace talks. On August 25, US Secretary of State John Kerry announced that the “quad” (the United States, the United Kingdom, Saudi Arabia and the United Arab Emirates) had agreed with U.N. special envoy Ismail Ould Cheikh Ahmed to renew negotiations for a comprehensive settlement that would move simultaneously along political and security tracks to achieve a Houthi/Saleh withdrawal from Sanaa, their handing over of heavy weapons to a third party and the formation of a unity government. The plan is a much-belated but potentially promising intervention. It builds on UN talks, and closely sequences compromises in a way that would give wins — and the perception of these — to both parties.

In theory, the proposal could force the Houthis, who have yet to fully engage on security matters during negotiations, to show their cards, requiring them to either accept a deal that clearly accommodates their demands or reject it. The response would indicate whether or not they are willing to make the concessions on withdrawal and disarmament to which they had committed in principle in the past.

Yet the initiative has languished, and could be stillborn. None of its supposed backers, with the exception of Kerry, has strongly championed it. The United Nations has yet to officially submit a revised road map to the two sides incorporating its ideas. And now the Hadi government’s move to relocate the central bank complicates any further prospects for negotiation.

As President Obama enters the twilight of his term and looks back at a Middle East on fire, Yemen, the forgotten war, offers the chance of a diplomatic success. After a year of military stalemate, both sides have agreed on a range of steps that could end the war. Closing a deal is far from guaranteed. But, if it is to happen at all, it requires immediate and consistent diplomatic follow-up and pressure on US allies, something that has been sorely absent thus far.

If the United States fails to get negotiations back on track, the next administration will inherit yet another unwinnable war in the Middle East — one that is making its Gulf allies less secure, expanding opportunities for al-Qaeda and cultivating anti-American sentiment in generations to come. DM