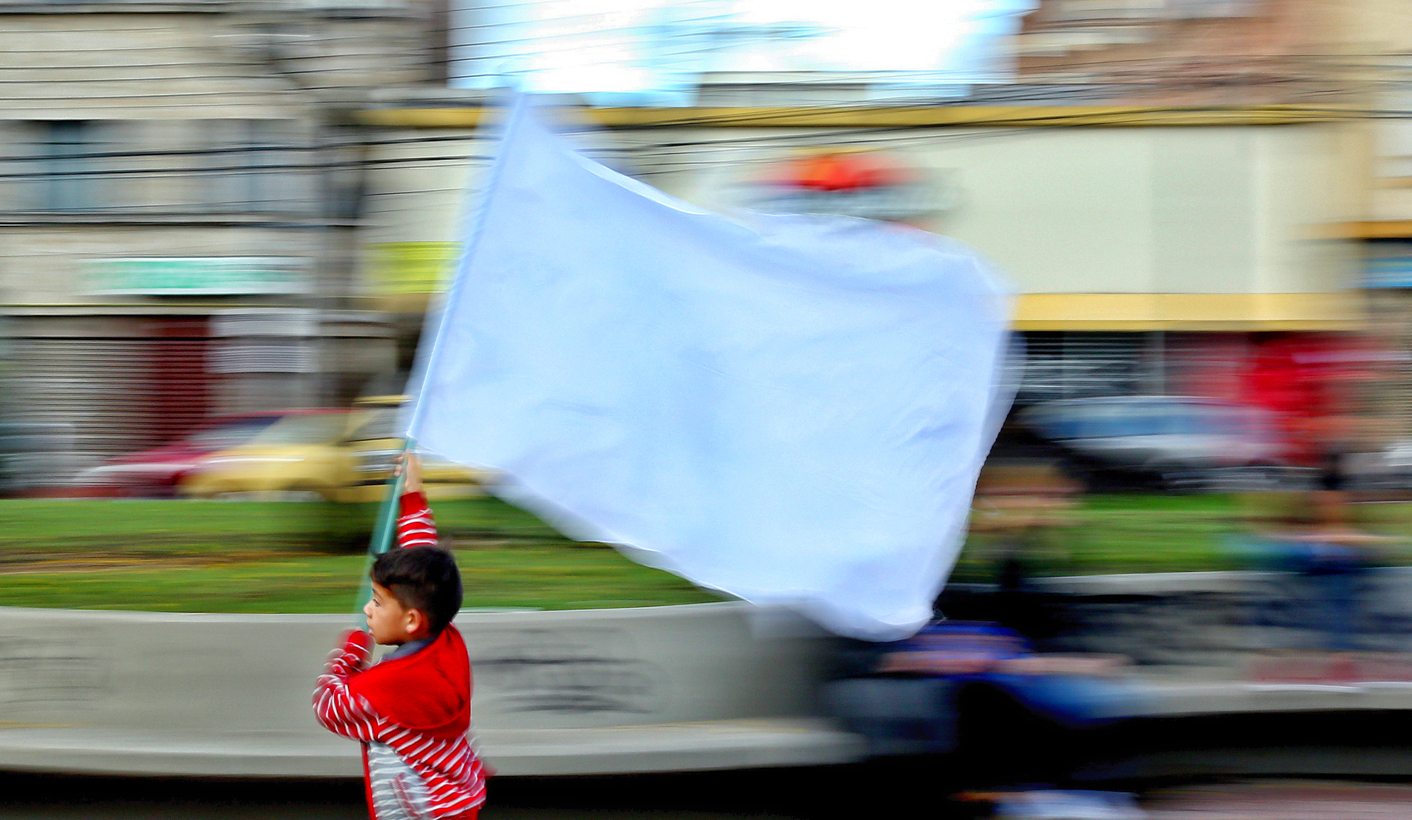 Three interlocking sets of negotiations can still end Colombia’s 52 years of civil war, even after an October 2 referendum voted down a 26 September peace deal. But success will need energetic new engagement by all sides – especially in the region. By INTERNATIONAL CRISIS GROUP.

The 37% of the electorate that voted in the October 2 referendum in Colombia narrowly and unexpectedly rejected the peace agreement between the government and the Revolutionary Armed Forces of Colombia (FARC) guerrillas 50.2% to 49.8%. The result has shaken the political establishment and shocked the international community, which had unanimously backed the peace process. Saving that process is still possible but requires success in three delicate, interlocking negotiations.

Myriad explanations are given for the vote. In areas with higher concentrations of the 52-year armed conflict’s victims and/or higher poverty rates, the “yes” vote tended to be stronger. But commuted sentences without jail for convicted FARC fighters who confess their crimes, even though their liberties would be restricted; a guaranteed 10 seats in Congress; and the economic reintegration package for ex-combatants, with livelihood payments for two years, generated a sense, especially in big, formerly conflict-affected cities such as Medellín and Bucaramanga, that members of an illegal armed group would receive overly generous benefits. The fear that the country would “be handed over to FARC” or converted into  chavista  Venezuela was influential in higher-income brackets.

The result is also the most conspicuous manifestation of the feud that has dominated politics since 2014, pitting President Juan Manuel Santos, the prime sponsor of the peace talks, against the opposition, led by former President Álvaro Uribe. Santos’s poll ratings have languished, while Uribe remains one of Colombia’s most popular but divisive politicians. His claim that the agreements can be amended is now the focus of attention. That despite the narrowness of their victory, Uribe and his colleagues have won significant leverage over the peace process was reflected in his meeting yesterday with Santos, their first formal encounter for six years.

The opposition has laid down demands for a “new” peace agreement. It insists that FARC concentrate its forces as a requisite to continue negotiation; any adjustment to the constitution be dropped; the special jurisdiction for transitional justice be scrapped; there be blanket amnesties for all who have not committed crimes against humanity; those who have committed such crimes be sentenced to jail terms and deemed permanently ineligible for political office; but also that there be special judicial treatment for members of the Armed Forces convicted of those crimes. Some describe these as minimum requirements, others as a starting point in negotiations. Uribe has said Santos has the right to continue peace talks – the plebiscite binds him, but only as it concerns the agreement signed in September – and that the opposition will not directly negotiate with FARC.

The opposition assumes it has public backing for a new agreement. Government figures fear Uribe may have little genuine interest in saving the peace talks, wishing instead to weaken the government ahead of the 2018 presidential election. But the power shift is not as overwhelming as it may appear. Santos and FARC could conceivably reach a new peace deal with some key changes without Uribe’s involvement. A second plebiscite would be politically desirable if the deal lacks his support, but not legally required.

Santos used his executive power to extend the bilateral ceasefire until October 31, but convincing the FARC to accept any changes to the deal is challenging. Though guerrilla leader Timochenko has reiterated his desire to end the conflict, it is hard to see how FARC could accept many of the opposition demands. Even the opposition’s preconditions for renewing talks – concentration of insurgents in cantonments – is highly problematic. Exploratory negotiations with Colombia’s second guerrilla group, the National Liberation Army (ELN), failed in 2007 because Uribe insisted it assemble its forces ahead of talks.

The vote exposes deep divides in society. Containing efforts to make partisan gain from what are now in effect tripartite talks would badly strain the peace process. International support continues to be essential. Norway and Cuba, as guarantors of the negotiations, are complemented by others, including Venezuela and Chile as witnesses and US and European Union (EU) envoys. Thirteen Latin American presidents attended last month’s signing ceremony. All must now use their influence to persuade the actors to put aside political calculations and act in the long-term national interest.

The US, complemented by new centre-right presidents in Brazil, Peru and Argentina, should remind Uribe that achieving peace is imperative. Other Latin American nations and the UN Mission should assure all sides of willingness to ensure fair implementation of the final deal. The EU should be encouraged to use its trust fund for peace in Colombia creatively to kick-start the reintegration process and implement rapid-impact development projects as soon as a new accord is reached.

These confidence-building measures are essential given that three sets of interlocked negotiations will now begin, each needing tangible results fast. The first is between the opposition and Santos. Likely compromise areas are harsher punishments, including jail time for those convicted and most responsible for crimes against humanity and tougher restrictions on political participation for FARC leaders. Proposals must be realistic. Uribe may feel he has little to lose if Colombia returns to war, but if he appears to be wilfully blocking peace with exorbitant demands, such as stripping rural reform from the accord, he risks being seen as responsible.

The second is between the outcome of the Santos-opposition talks and FARC. The latter can gain political capital by showing it accepts new conditions but may have little interest in complying with harsh demands resulting from a referendum it did not want. A fragile negotiation may move forward slowly as the government tries to find a balance to satisfy FARC and Uribe. Ceasefire extension beyond October will be essential.

The third will be within FARC, to adjust the deal in a way acceptable to its fighters. The risk of schism is higher than ever before in the peace process, and its leaders will be tested.

Every effort should be made to keep the opposition on board during the new negotiations. At the same time, no one, including Uribe, can be given a veto if a revised agreement is negotiated with tougher but reasonable conditions on the FARC.

Moving forward without the opposition would be very risky for both Santos and FARC. It should only be attempted if they, the international guarantors and other witnesses are convinced they have a good faith agreement meeting the major “no” vote objections. Nothing will be easy; international partners’ constant attention will be required. Avoiding return to conflict will demand sacrifices from all sides. DM

Photo: A boy runs with a peace flag as the results of the peace deal referendum are announced in Bogota, Colombia, 02 October 2016. Colombians voted ‘No’ to the peace pact signed less than a week ago between the government and the FARC guerrillas. EPA/LEONARDO MUNOZ