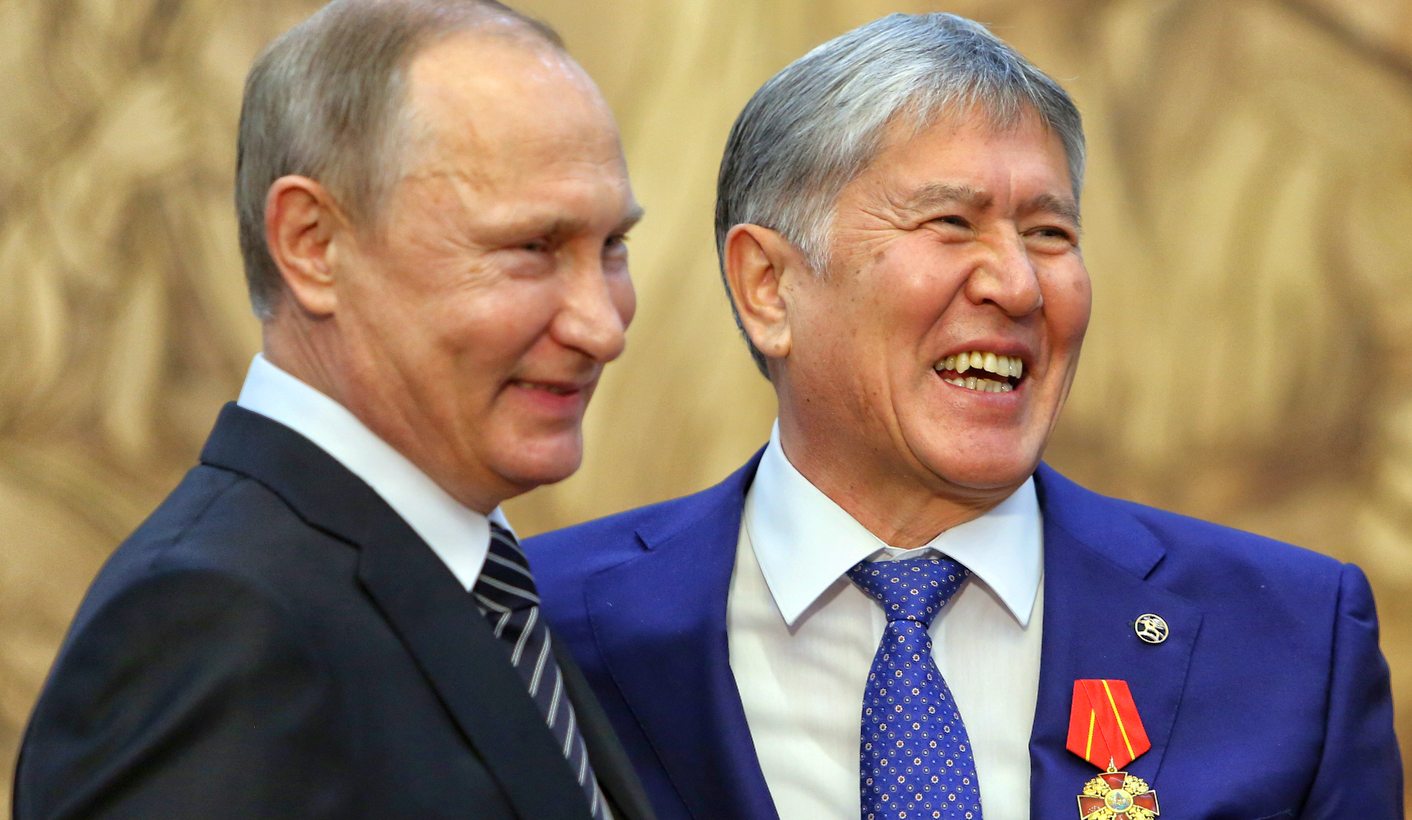 The rapid rise of alternative interpretations of Islam, often at odds with the state’s concept of traditional identity, are being fuelled in part by endemic corruption and perceptions of incompetency. The government must end economic marginalisation and improve inadequate institutions, or risk not just threats to internal security but also the resurfacing of ethnic tensions. Statement by INTERNATIONAL CRISIS GROUP.

Kyrgyzstan models itself as Central Asia’s only parliamentary democracy, but multiple challenges threaten its stability. Divided ethnically between Kyrgyz and Uzbeks and geographically north and south, the state is deeply corrupt and fails to deliver basic services, in particular justice and law enforcement. Its political institutions are under stress: the October 2015 parliamentary elections had a veneer of respectability but were undermined by systematic graft at the party and administrative level, and presidential elections will test state cohesion in 2017. The August 30 suicide car bomb attack on the Chinese embassy in Bishkek underscored Kyrgyzstan’s security vulnerabilities. There is a need to prevent and counter the threat of growing radicalisation by bolstering the credibility of its institutions and adopting a more tolerant attitude toward nonviolent Islamists.

In the absence of political pluralism, a reliable state and economic opportunities, growing numbers of citizens are taking recourse in religion. Islam has become a central factor in public life since the end of the Soviet era. The 39 mosques of 1990 are more than 2,300 today. Islamic civil society organisations, more than doubled since 2000, increasingly substitute the state in providing services. They promote a variety of versions of Islam: some are tolerant, others much less so. While they partly fill the vacuum created by state weakness and corruption, they focus on religious and social matters; few are politically active. Nonetheless, as instability and religious radicalisation deepen, Islam and politics increasingly intersect. It is not that a single form of political Islam is on the rise, but different parts of the population are associating faith with identity in ways that can fuel political polarisation or looking to it for answers when state institutions fail them. This can lead to increasingly radical forms of Islam and in some cases violent extremism.

Many ethnic Kyrgyz are attracted to nationalism and treat religion as part of their national identity. The state endorses a form of Islam based on the moderate Hanafi tradition common in Central Asia and treats Salafism as a threat. However, some economically or socially marginalised Kyrgyz seem drawn to more radical, often imported or externally sponsored, versions of Islam due to alienation from the state or desire for moral support. Poor education enhances vulnerability to teachings of so-called nontraditional Islam, and unemployment feeds feelings of defiance. This is also true for many ethnic Uzbek citizens of Kyrgyzstan, who are frequently poorly integrated and inadequately represented in politics, the civil service and security organs, from whom they often face prejudice.

Both Kyrgyz and ethnic Uzbeks are often drawn to stringent versions of Islam and even consider Syria for personal and social reasons, not to pursue a domestic agenda. There is growth of strong religious feelings among women of both ethnicities, who face even greater social or economic disadvantages or domestic abuse, and an uptick in their numbers looking to Syria.

While Kyrgyz nationalists claim ethnic Uzbeks turn to extremist Islam for political reasons and revenge for 2010, when more than 400 mostly Uzbeks were killed in ethnic violence, there is growing evidence that both Kyrgyz and Uzbeks are finding recourse in more radical forms of Islam. Thousands of both are being drawn to nonviolent Islamist groups, such as the proscribed Hizb ut-Tahrir, but some are also attracted to more violent ideologies and groups.

The government says hundreds of citizens fight with the Islamic State (IS) or other jihadists in Syria. Social workers and community activists cite numerous cases of ethnic Uzbek women and youths who go or have planned to go (some have been detained). IS and its Islamic Movement of Uzbekistan (IMU) ally treat Kyrgyzstan as a recruiting ground, as prolific online propaganda shows.

IS has not claimed responsibility for an incident in Kyrgyzstan, and the attack on the Chinese embassy was linked to an al-Nusra affiliated Uzbek-led group in Syria and Uighur separatists. The security services claim regularly to have foiled IS plots, and security sources have alleged a Hizb ut-Tahrir tie to ethnic Uzbek separatist plans. But the assertions are sometimes unsubstantiated and appear to be justification for the harassment of already marginalised communities. As the security services use shoot-to-kill tactics in many operations, real intelligence is lacking. Police torture and extortion are well documented, especially in the southern provinces.

At the least, however, the trend lines are worrying. The rise of Islamic organisations as service providers reflects state failure to deliver on basic issues. The widespread tendency of many Kyrgyz and Uzbeks but also authorities to link faith issues to political loyalty and identity exacerbates the risk religious arguments and divisions will become bound up in ethnic frictions or used to justify further severity against Uzbeks in particular. The mix of state fragility and ethnic frictions can potentially drive Kyrgyzstan’s marginalised citizens towards banned organisations.

Instead of papering over regional and ethnic fault lines, the state should encourage more open debate on sensitive issues. Closing dialogue with religious groups and criminalising believers outside a narrow definition of state-approved Islam is shortsighted. It should engage religious leaders, male and female, ethnic Uzbek and Kyrgyz, to reduce divides that contribute to radicalisation and not pinpoint radicalisation as more sinister among Uzbeks than Kyrgyz. And it should resist demands that could compromise rights of women, minorities and children. DM