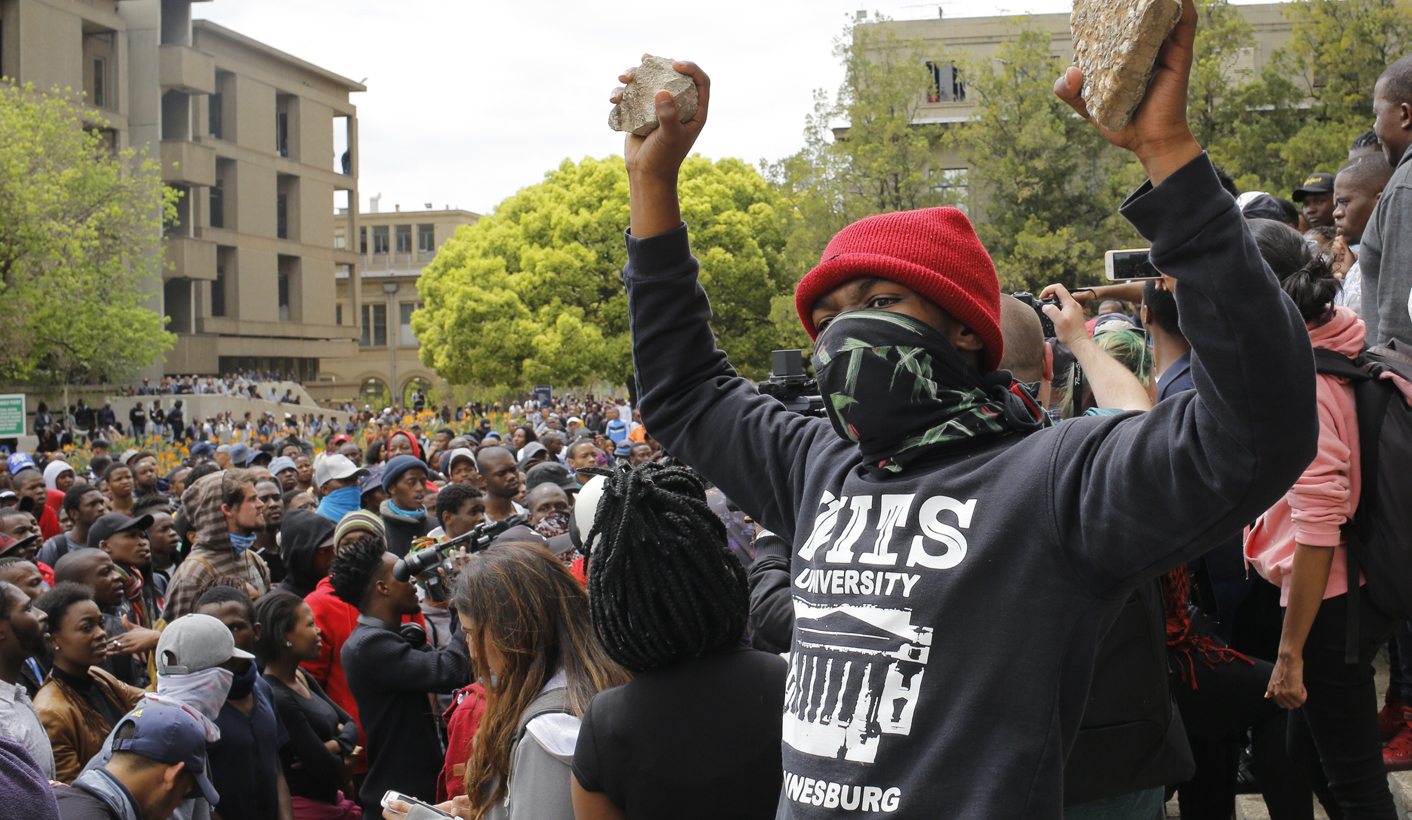 Tedium is supposed to be the enemy. Journalists have to get the exciting bits. The drama, the arrests, the stun grenades, the shootings. The human stories that will draw tears or outrage or action. But there’s always something that draws me back to these moments of quiet. By MARELISE VAN DER MERWE.

For a journalist, a good day at the office usually involves ease of gathering information, uniqueness of access, and a certain degree of excitement. Conversely, a bad day is usually some combination of tedium and confusion. A particularly bad day may involve the even worse combination of tedium and danger; danger, after all, should at the very least deliver the pay-off of a reasonable level of excitement or adventure. There’s something particularly bleak about waiting for something bad to happen without even a book to read.

Tedium is supposed to be the enemy. Journalists have to get the exciting bits. The drama, the arrests, the stun grenades, the shootings. The human stories that will draw tears or outrage or action. But there’s always something that draws me back to these moments of quiet. What is revealed in the times of tedium, when the excitement is over and the truth comes dribbling out because everyone is too tired to be defensive any more. Those relatively undramatic moments when you realise most of the security staff are just average Joes (or Josephines) who would probably have preferred to take the Checkers gig for a day or two, where they could at least have taken a break and maybe a Kit-Kat. Where, in the small hours of the morning, protesters are still at a sit-in, sunburnt, exhausted and probably not fed since dawn the previous day. Maybe one or two of them fall asleep and you realise they’re around the same age as your kid, and you’re not quite sure what you would say to them if they were yours. The moments when you look at university staff and swear they’ve aged five years in six months. Or when you find yourself worrying about the students, who are so young, and all stand to lose in so many different ways, whether they are protesting or not.

After a year of #FeesMustFall, South Africa is experiencing a high level of protest fatigue. It’s not surprising. The reasons are manifold: many feel everything is being done that can be, and that on a practical level, nothing can be sped up by continuing to disrupt classes. Others have raised the concern that continuing protests are costing the universities so much – a recent estimate by Universities South Africa stands at R600-million – that to continue is exacerbating the problem, not solving it. Others say the protests are being directed at the wrong bodies. Yet others have argued that the majority of students wish to return to class, not least because continued disruption is causing many poor students further financial strain, not to mention raising potential admission problems for next year’s matriculants. On a practical level, continued protests have a high cost for universities, not just financially.

All these are sound and valid concerns. Their weight is made heavier by the exhaustion felt by protesters, university management bodies and South African citizens alike. It’s dangerous, though, to conflate valid questions over the costs of ongoing protests, and a Big Brother-like command to protesters to be quiet and behave. The former can be used to help defuse the situation; the latter will inflame it. It is quite true that the born frees’ parents may reasonably find comparisons to 1976 offensive; it’s also true that those continuing to protest are arguing that their concerns over a more abstract, structural violence have not been adequately addressed. It doesn’t really matter whether one agrees with the remaining protesters or not. Pragmatically speaking, an unsuccessful discussion process could have unspeakably tragic consequences. (Marikana, for example, did not occur in a vacuum.) It may be absolutely essential to keep universities open at the moment. It’s also absolutely essential to conclude negotiations successfully.

“Holding on to the rainbow nation myth is why the violence you’re seeing on TV may just be the tip, the mere tip, of a much bigger and escalating iceberg,” Siya Khumalo wrote on Tuesday.

Which brings us back to that question of protest fatigue. I don’t know about you, but I was not particularly soothed by President Jacob Zuma’s reassurances that the students had been heard loudly and clearly. They didn’t seem very… substantial. Which doesn’t bode well. And it’s concerning to me that now, when a focused effort to conclude negotiations is most needed, the nation is at its most exhausted by the #FeesMustFall protests.

And no, this exhaustion isn’t unreasonable. Just as safe, affordable and equal access to education is perfectly reasonable. So here we sit.

But as negotiations continue, I keep coming back, again and again, to those moments during protests – from the very beginning – when very little was happening. Those moments when it appears that the singing and asking and protesting is happening on loop, rinse and repeat. I keep thinking about that particular brand of tedium, because that’s what it is if we are brutally honest, of asking over and over to have one’s needs met. Is it cynical to view protest coverage through this lens? Perhaps. But while it’s a cynical lens, it’s not an unsympathetic one. There’s a specific kind of brutality, a Chinese torture of sorts, in the daily repetition of not having, not having, not having, not having. It’s Groundhog Day, the SA edition.

When I cover protests of any kind, I keep thinking about that absence, in news reports, of the silences in the narrative, those spaces between. When one is so busy capturing the flames, the grenades, the arrests, the bullets (rubber or otherwise), one forgets that other great human tragedy: the tedium of fatigue, helplessness, of being stuck. These are the holes in the story we are telling. When one stands at a protest day after day, month after month, listening to the same songs, the same complaints, the same demands, one catches a glimpse of privilege in reverse. Light bulb, one thinks, if one is lucky. I don’t have to do that. The closest I get is Telkom’s customer care line.

We think the news story lies in the dramatic moments, but it does not. The story is in the silences, our desensitisation, the parts we don’t tell. It’s in thinking those hundreds, thousands of voices speaking together, day after day, are not the story. The song repeated with increasing desperation, slowly becoming yesterday’s news. DM