Op-Ed: Moving beyond the discourse of fees and free education 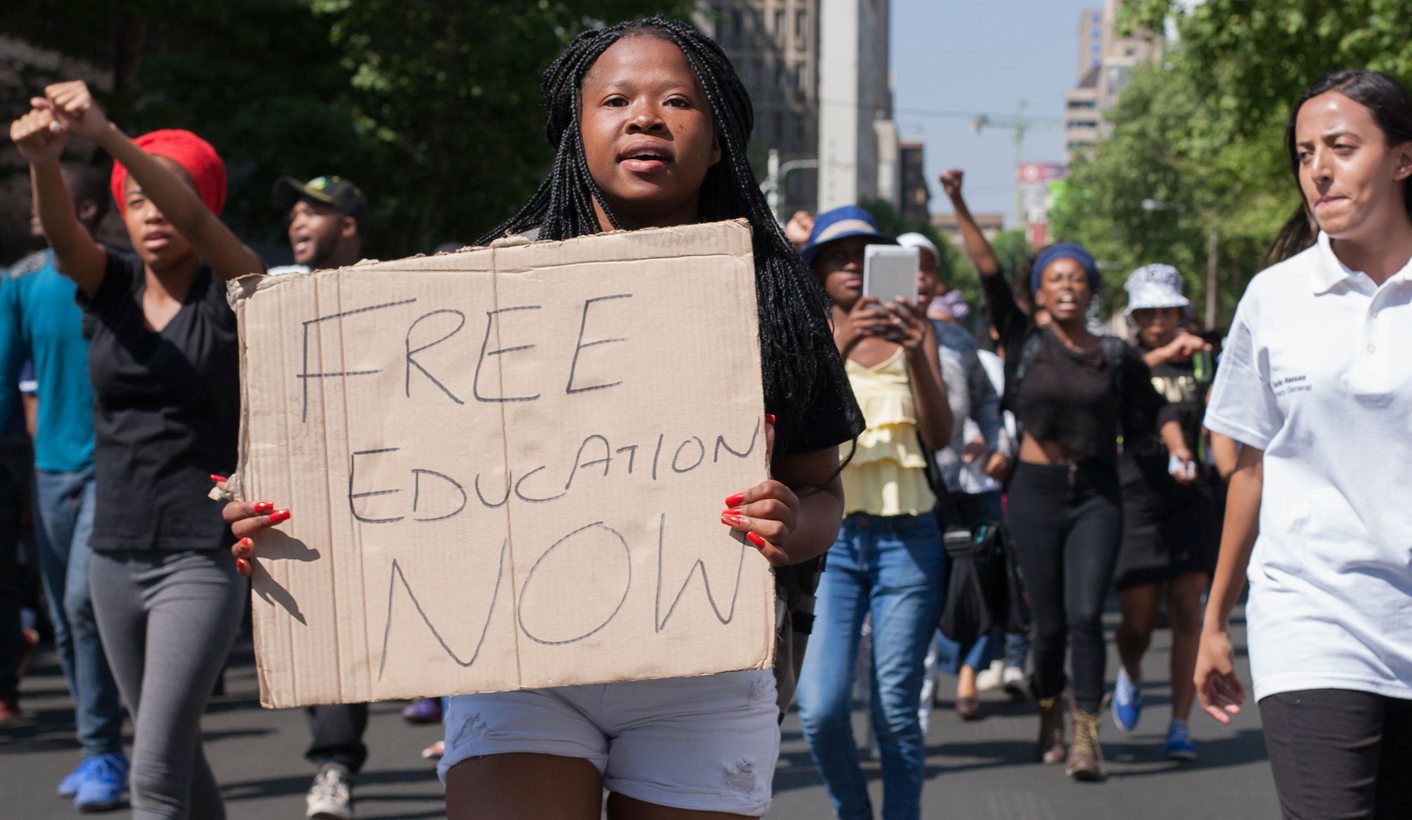 The #feesmustfall debate needs to be properly contextualised if it is to be resolved. What is required from us is to provide a reflective lens that will assess the root causes, and to recognise that what underpins the current situation at universities is a particular set of historical, social and political realities. By AYESHA OMAR.

A few weeks before the resurgence of the #feesmustfall movement at South African universities, I had just completed lecturing an undergraduate course on African political thought to third-year students.

This course was aligned to one of the fundamental and pressing demands that manifested from student demonstrations – the call for a reformed, decolonised curriculum that moves beyond narrow Eurocentric confines to one which grants equal status and value to African and other epistemic traditions.

So I was tasked with the duty and responsibility to deliver to students a course in political theory that was infused with African content and which helped them make sense of the implicit, epistemic violence that enshrouds political theory as a whole.

The course was deliberately designed so that students could engage the writings of African theorists such as Biko, Fanon, Nkrumah, Sankara and others, and allowed them to assess African truth-claims and ideas. It was a course that was intended to expose students to epistemic pluralism, the idea that thinking and theorising around the normative questions of politics is not a western-dominated concern, located in the books of Plato, Hobbes, Locke and Mill.

As I lectured, and listened to students, I soon recognised that the course, which was grounded in textual and interpretative analysis from books such as Fanon’s Black Skin, White Masks, raised ontological and epistemological questions which resonated profoundly with students in the context of an African university.

What was actually unfolding before me was something more than just routine university teaching. Recurrently, after the class time had expired, students elected to remain behind at the lecture venue, and connect these theories to the wider context of their lived realities.

I was overwhelmed as I encountered the intensity, the pain, the anger, the frustration and the openness with which students in my class described how themes and ideas discussed in the lecture related directly to the structural and institutional inequalities that persisted in their daily lives. Weekly, I learnt about how students were alienated and marginalised and that racism and inequality in our university spaces continues to play a significant role in the shaping of the South African student narrative.

When we questioned the meaning and matter of blackness, distorted by the legacy of colonialism, students spoke about how their suffering, their dehumanisation and their loss of identity was inextricably linked to the fact that a post-democratic South Africa delivered political rights without much more.

There was consensus in their belief that the term “born-free” is misleading and disingenuous, as they described how injustice, white privilege, false integration, reconciliation before reconstruction and the question of land – which for many represented the main index of shame in post-apartheid’s unfinished business – remained at the core of their present reality.

As a young academic, if I am to reflect on all that I heard, the discourse on the #feesmustfall debate starts to move away from the common tropes of violence, destruction of property and infrastructure, which is unacceptable, to a broader societal discussion which interrogates where this anger stems from and why it must be addressed with a sense of immediacy. Substantively, what the students have highlighted points to far deeper and systemic issues in our society which we prefer to overlook and ignore, until students protest and shout in order that they be heard.

What these instances of student activism, in my view, actually point to is not simply a matter of resolving fee increments or of free higher education, but really about confronting systemic societal and institutional inequalities that impede equity of access and opportunities.

The #feesmustfall debate needs to be properly contextualised if it is to be resolved. What is required from us as a society is to provide a reflective lens that will assess the root causes, and to recognise that what underpins the current situation at universities across South Africa is a particular set of historical, social and political realities. These realities remain embedded in the everyday experience of the lives of the majority of South African people.

Perhaps an example here would be illustrative. When I recall my regular interactions with students over the last few years, I think far too often of students who have knocked at my office door and stated the difficulties by which they come to university to learn, with many impeded by a lack of basic needs such as electricity, food, money for transport and other necessities, which are so central to a productive university experience. It is not within the scope of this discussion to unpack these issues in any specific detail, but the inequalities, the lack of proper integration, the socio-economic marginalisation are present and real.

Essentially, what I am calling for is for us to have a proper sense of history that must help us to mediate this debate. Perhaps the anger, the discontent, the frustration of students makes us all a little uncomfortable because as a society when confronted with such painful truths and naked honesty we must dig deep, collectively, and reflect in a critical and an engaged manner.

If we are to make value judgments on the merits and demerits of this important moment, we ought to be make these in the full understanding of the context from which they arise. Perhaps what I am asking for is to move beyond the oversimplified narrative of fees. DM

Dr Ayesha Omar is a lecturer in political thought at the University of Johannesburg. Views are her own, and do not reflect those of the institution.