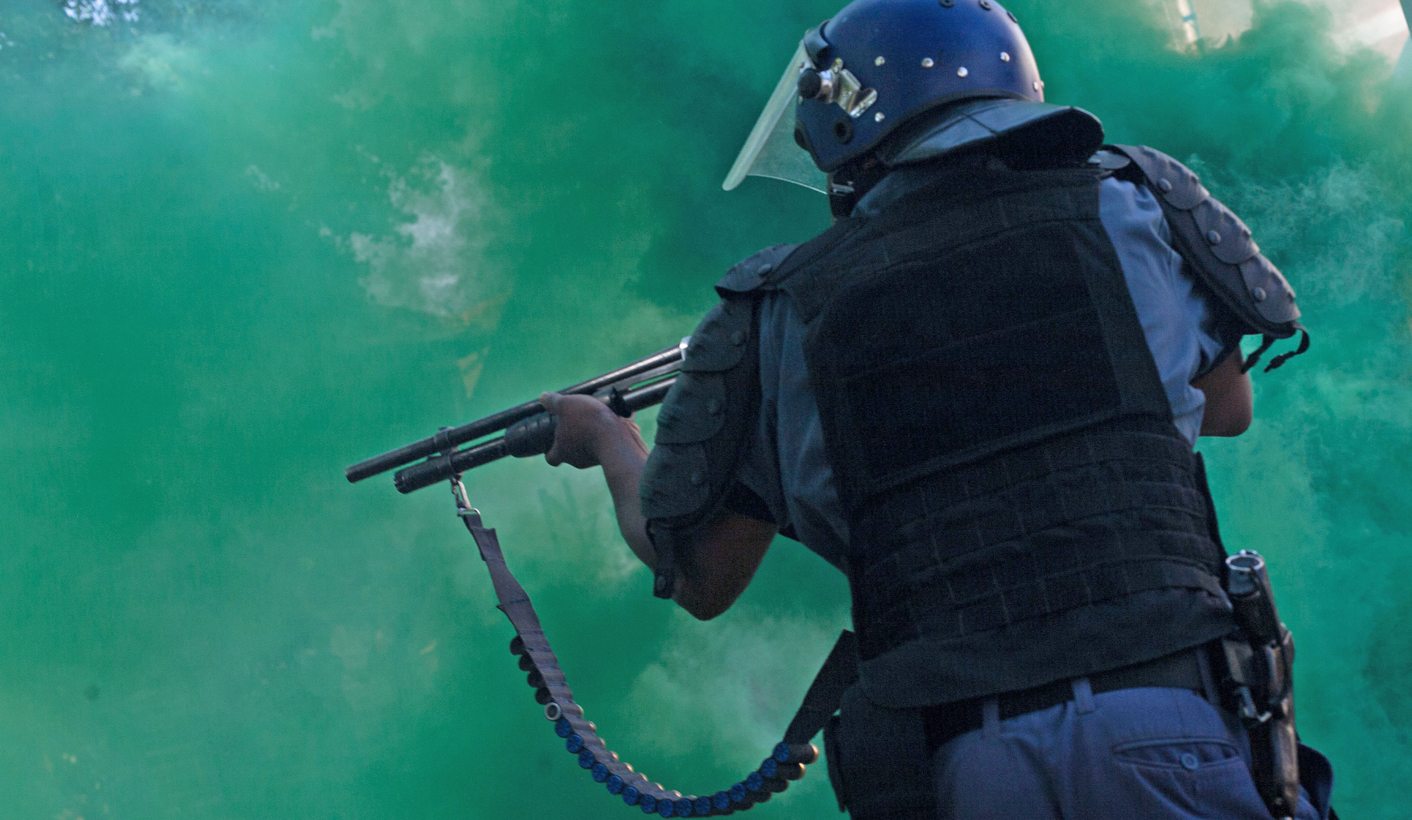 It is imperative that the impasse in the higher education imbroglio is broken but there seems to be no urgency to do so either on the part of government or the collective leadership of higher education. By AHMED ESSOP.

The student protests which erupted following the Minister of Higher Education and Training’s announcement of the fee increases for 2017 show no sign of abating. The suspension of the academic year is becoming a reality with each passing day. This will not only preclude final year students from graduating, with adverse implications for the labour market, especially in the professions. It will also further disadvantage poor and working-class students whose parents have made great sacrifices to enable them to pursue higher education. But the biggest danger is that it may result in an escalation of violence with dire consequences given the inability of the South African Police Service to deal with protests other than in a heavy-handed fashion.

It is imperative that the impasse is broken but there seems to be no urgency to do so either on the part of government or the collective leadership of higher education. The Vice-Chancellors, with a few exceptions, have buried their heads in the sand. The lack of political leadership is not surprising as it reflects the broader malaise that permeates across government, which more often than not falters from one crisis to the next.

There is a palpable sense that the political elite does not care. It wishes that the problem would disappear. Hence the suggestion by the Secretary-General of the ANC that the universities should be closed and students brought to heel. In the rest of Africa, as Achille Mbembe has argued, the closing down of universities was the prelude to brutal repression.

The expectation of free higher education and the lack of patience that it has not been implemented is the result of ANC conference promises. The 2013 national conference resolution stated that the policy for free higher education for the poor and working-class would be finalised and implementation phased-in from 2014 after broad consultation, including with the Treasury. This commitment was based on the 2012 report of a Working Group on Fee-Free Higher Education for the Poor established by the minister. The report argued that free higher education covering students from poor and low income families – up to an income threshold of R271,000 – was feasible. However, it would require substantial additional funds, which could be raised from a range of sources identified in the report, including the skills levy. And important, the report suggested that “as and when additional funding can be sourced or provided, additional categories of needy children may be progressively included”.

However, the promised consultative process did not take place and the report did not see the light of day until last year. It was only released after pressure from students. If the report’s recommendations had been subjected to public scrutiny and engagement at the time, an implementation framework for free higher education for the poor could have been developed, thus averting the current meltdown. It is no wonder then that the students are frustrated and demanding free higher education or nothing. And to make matters worse, instead of engaging students on the feasibility and desirability of free higher education following the protests last year, the problem was parked by establishing a Presidential Commission of Inquiry.

The commission is singularly ill-equipped to address and find solutions to the challenge of student funding in higher education. It has been established as a judicial commission, chaired by a judge, assisted by two lawyers and evidence leaders. This is appropriate to shed light on and to assign culpability in cases of public violence. However, it is wholly inappropriate for unpacking the complex policy and financial issues and challenges confronting the public higher education system. If a commission was needed, it should have a combination of public finance and education economists and higher education policy experts, much like the commission established by President Mandela in 1995 to investigate and recommend a framework for the restructuring of higher education post-apartheid.

Moreover, like all commissions, it has been unable to discharge its mandate with the necessary sense of urgency. In fact, it asked for and obtained an extension even before it got off the ground. It is due to report in June 2017, with an interim report in November 2016. However, its report and recommendations would have to be subject to a national consultative process, and if accepted, could at the earliest only be implemented in the 2019 academic year. This is untenable. The country cannot afford another round of short-term and ad hoc solutions such as was announced for 2017. The costs – human, academic and financial – of ongoing student protests are too high.

It will stretch to the breaking point an already fragile higher education system.

What is required if we are to move beyond the current impasse and dialogue of the deaf is an open, honest and transparent national engagement and dialogue for addressing the funding challenges in higher education in the context of a long-term vision for free higher education.

This requires leadership and a sense of urgency on the part of the President. He should with immediate effect replace the Fees Commission (but allow it to submit its interim report) with a national stakeholder forum of all the key internal and external stakeholders in higher education – students, staff, university leadership, business, labour, government and civil society. The forum should be tasked with jointly developing a framework and implementation strategy for addressing the funding challenges in higher education.

The framework should specify the steps in the short, medium and long term that would enable expanding the categories of students based on household income that would benefit from free higher education, starting with the poor and progressively including the “missing middle”. This should include clarifying and defining the household income categories that constitute the “missing middle”, as it is not clear on what basis the latter has been defined to include household incomes of up to R600,000, as announced by the minister. This is all the more glaring when considered against the fact that apparently only 10% of taxpayers earn an income above R500,000 and the proposed minimum wage that is being mooted is R54,000 per annum. In all likelihood the R600,000 threshold, which benefits close to 75% of students, was adopted to win popular support for the proposal. The forum should also explore the potential sources of additional revenue, in particular the skills levy and the various tax options that have been put forward in the submissions to the Fees Commission. This should also include an assessment of the impact of such measures on the economy.

The forum should be chaired by an eminent South African who is politically impartial and acceptable to all the stakeholders. It should complete its work and submit its report and recommendations by no later than the end of January 2017. This is tight but not impossible given that much of the background research and information is readily available. In the interim the fee proposals announced by the minister should remain in place and academic activities resume.

The stakeholder forum will enable building trust, which is currently in short-supply, in particular between institutional stakeholders. It would also lay the basis for a social compact to secure the future of a quality public higher education system. The stakes are high – the outcome will determine the future of generations of young people. We cannot afford to fail. DM