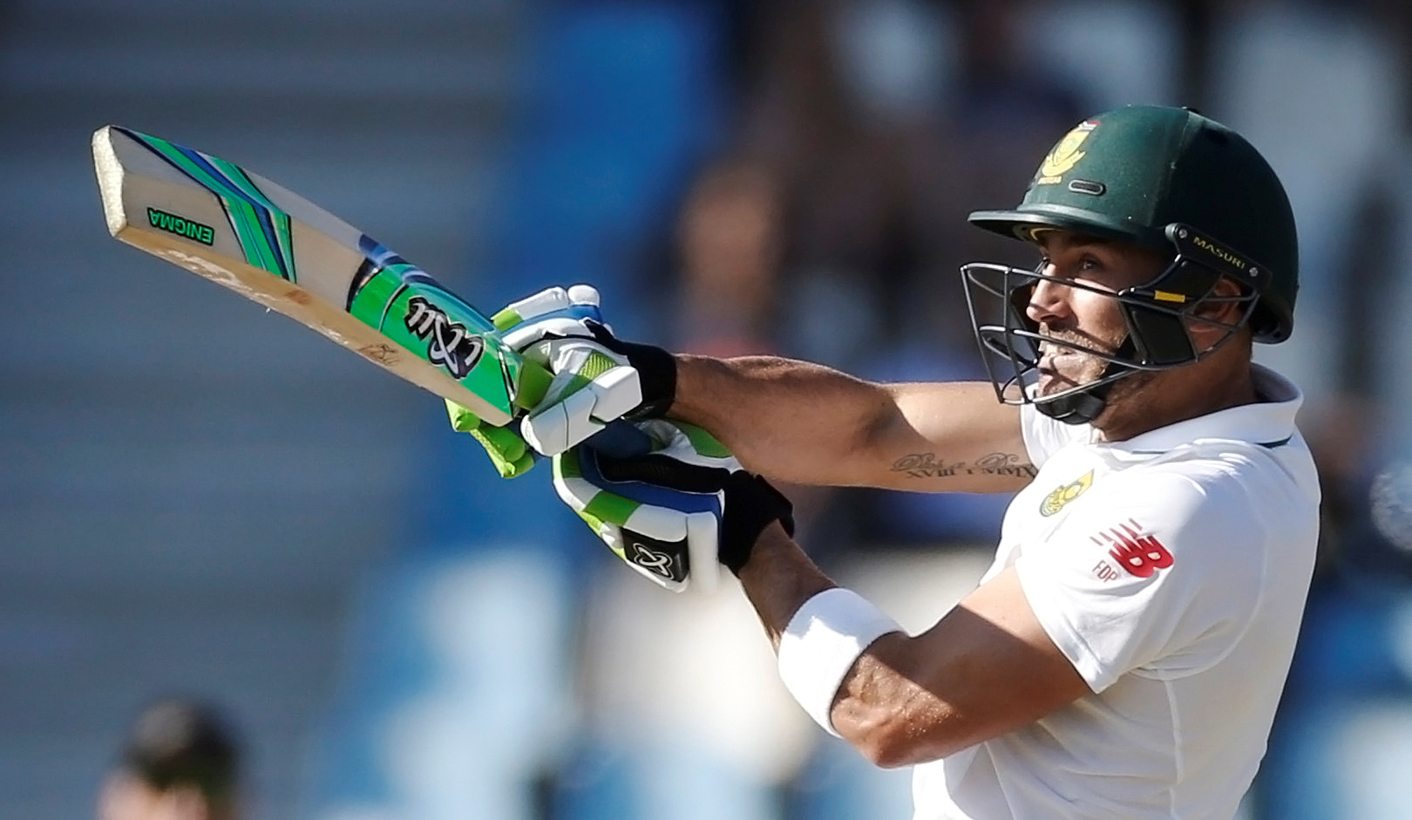 The South African cricket team seems to have found some of its ODI mojo and are 2-0 up against Australia after a weekend that included two comprehensive victories on the Highveld – something many cynics would not have believed was possible just a few months ago. By ANTOINETTE MULLER.

If you had told casual observers two weeks ago that the South African cricket team would be two-nil up against Australia in a five-match ODI series, sans the services of AB de Villiers and Hashim Amla, they would have told you to get lost. Such has been the cynicism surrounding the Proteas lately. While some of that cynicism has been warranted, it also completely ignores the fact that South Africa seems to be a one-day team coming into its own.

Against England earlier in the year, after being so thoroughly embarrassed in the Test series, South Africa came from 0-2 down to win the series 3-2. They defended a desperately low total in the Caribbean recently and now they could wrap up a series against the Aussies with two games to spare. Those very same cynics will, of course, try to wave all this away by saying Australia are missing some of their key players, but so are South Africa.

In what turned out to be a hat-trick for the South Africa vs Australia showdown sporting weekend, the Proteas completed two comprehensive wins on the Highveld. On Friday night, it was the Quinton de Kock show while Faf du Plessis stepped in for the encore on Sunday. But most impressively from both these fixtures is the bowling attack.

On grounds with a reputation for big totals, not a single Australian managed triple figures and not one frontline bowler has an average economy rate of over 6.50 in the series so far. Rookie Andile Phehlukwayo made his mark in the first match by taking four for 44 on Friday night, a match where South Africa’s bowlers were under pressure to perform, having won the toss and chosen to bowl first. Although he got carted around the park on Sunday, the marker has been set for what he is capable of and with support from Dale Steyn and Kagiso Rabada, Phehlukwayo could very well bowl himself into being a position of being one of the first names that go down on the team sheet whenever it is selected.

And yes, while this Australian team is missing some key players, David Warner, Aaron Finch and Steve Smith certainly aren’t “B-team” players and South Africa’s ability to hunt in packs and put pressure on the opposition with the new ball was very impressive indeed.

From a batting perspective, South Africa have plenty to be pleased about, too.

Much was made about Hashim Amla’s non-selection, but in hindsight, his absence was not a disaster. Amla, who missed out on the first ODI due to a bout of flu, had recovered from illness but was not picked to play on Sunday. Instead, selectors wanted to have another look at the winning opening combo of De Kock and Rilee Rossouw. The exact reason for this only they will know, but it is not too far-fetched to speculate that it is simply a trial for next year’s Champions Trophy to ensure that all bases are covered should anything happen to one of the two openers.

The De Kock-Amla opening pair is, after all, South Africa’s second most successful opening partnership in ODIs ever, so it is unlikely that this will be permanently disrupted. However, if Rossouw continues like this, he could very well bat himself into David Miller’s place with a slight reshuffle of the order.

De Kock’s swashbuckling 178 on Friday was extraordinary, and quite possibly match-winning considering that the rest of the batsmen (barring Rossouw) struggled for runs. Sunday, however, was far more convincing and it was captain Du Plessis who took centre stage at the Wanderers. For all the criticism Du Plessis takes when batting in Tests, the snail over sandpaper seems to change direction pretty quickly when batting in pyjamas, particularly against Australia. He has two fifties and three hundreds at an average of 48.92 in 14 innings against the Aussies and has scored more runs against them in one-day cricket than against any other team.

In one-day cricket, Du Plessis has perfected the art of keeping a steady supply of boundaries flowing to up the tempo, all while running cunning singles, ensuring that the bowlers can never settle. On Sunday, Du Plessis almost precisely divided the time he spent running between the wickets and sending the fielders to chase leather. Out of his 111 runs, 52 came in boundaries (only fours) while 45 came in singles (the rest came in twos). In the era of T20 cricket, the art of a good single is often forgotten, but Du Plessis’ ability to engineer them is something his teammates must relish.

So far in this series, South Africa’s performances have been close to “a perfect ten” each and every time, but it is now all about consistency as the teams travel to Durban for the third of the five matches. While the under-pressure coaching staff will breathe a sigh of relief that they have shown that they are not nearly as useless as social media seems to believe they are, getting consistency out of the team is critical, especially as this tournament is little more than a dress rehearsal for future ODI tournaments. DM