Op-Ed: The absurd targets we force on the police to fig...

Op-Ed: The absurd targets we force on the police to fight crime 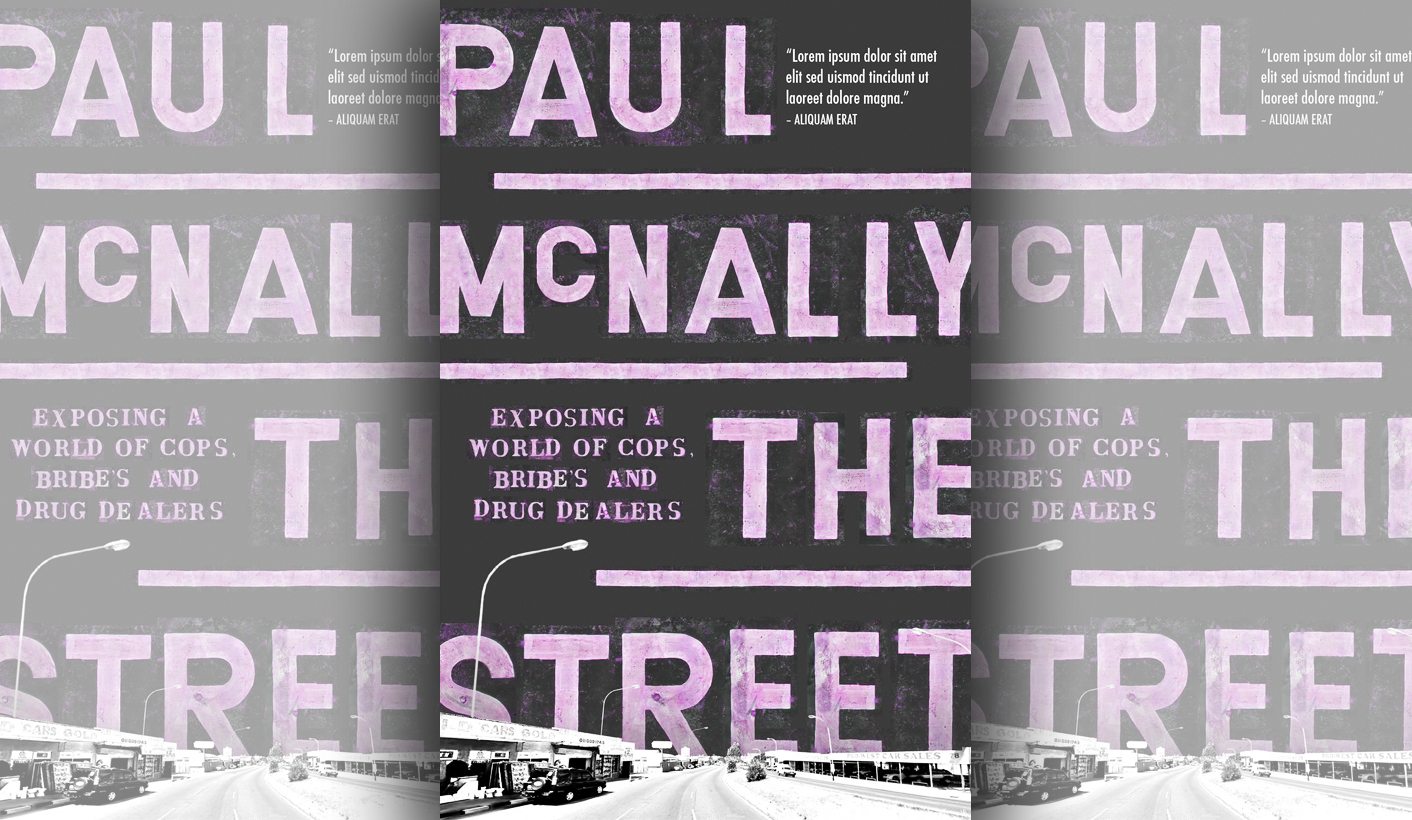 One of the most disturbing discoveries I made while researching my new book was the network of targets that the police live their days by. Every police station has specific targets to meet, weekly and monthly. And though there are horrific occurrences of corruption in my new book The Street: Exposing a World of Cops, Bribes and Drug Dealers – a systematic exposure over two years of research of the bribes the cops take from drug dealers – I couldn’t help but feel sympathy for the police as they are forced to adhere to unsophisticated goals. By PAUL MCNALLY.

A prominent example given to me was around knives. A station will set a target for the officers to bring in 10 knives every week, to confiscate from people randomly as they walk down the street. I researched the book while mostly sitting on Ontdekkers Road in Johannesburg.

‘Cash 4 Scrap’ and ‘Cars Exchanged for CASH!’ are typical signs along Ontdekkers, which stretches, in some form, from the University of Johannesburg all the way out west to Krugersdorp. Out that side you’ll be treated to rolling strip malls and squat housing where people give directions inevitably by using a pair of Golden Arches or a Wimpy as a landmark. So, the knives that can allow a police officer to reach a target could range from a pocket knife like the one your grandfather gave you when you were in Scouts to a butterfly knife. But the type doesn’t matter. If it is confiscated by an officer then it feeds his target.

According to the Dangerous Weapons Act you may not carry an object ‘capable of causing death’ especially if you have done anything to raise suspicion – practically, this suspicion can be conjured by simply walking on the pavement at night with a knife in your pocket.

“The theory is if you take away the knives, then you will reduce the stabbings. You don’t need to be caught with a knife to anyone’s throat to have it confiscated. They take it from you, book it into SAP13 and all is good,” says Anton, a member of the Community Police Forum who I interviewed for my book. SAP13 is a ledger that is kept at every police station to record what could be considered evidence or an exhibit. Any drugs you get on the person you arrest, or a gun or a knife, are catalogued here.

Here’s the twist: after a while word gets around this specific target, via WhatsApp mostly, and people stop carrying knives. Unfortunately, for the police officer, the target is still set at 10 knives per week but now there is a deficit of knives being carried in the area. The target, in a sense, has reduced dangerous weapons on the street, but our local officer still needs to find the knives somewhere.

“I have seen police captains go to Shoprite and buy 10 knives at R1 per knife,” says Anton. “They will buy a selection, check them in, lock them in the safe.”

This way he gets the ticks for his targets. “And at the end of the year everyone can choose a knife to put toward their kitchen collection. I can tell you there are plenty of Shoprite knives given out as gifts at the end of each year,” says Anton.

When it comes to drug-related arrests then nabbing a dealer or a user doesn’t make a difference. Let me reiterate: the arrest of a dealer and a user count as one on the target checklist. So, the reasoning for the officers on the street is to rather hit the users for possession because they’re easier to pick up and you can achieve your numbers quickly.

“What typically happens is this. Crime Prevention works Monday to Friday, pretty reasonable, regular hours generally, but by Thursday they get told what the quota of the station is looking like. Perhaps they have seven drug-related arrests and there are three to go. Perhaps they are on zero and that means it is going to be a busy Friday,” says Anton. “If the latter is the case, then a colonel will tell them: ‘You are not going home on Friday until you have hit this station’s target.’”

Remember: one bag of dagga is the same as one plantation of dagga. “If you have to arrest 10 drug cases a week, is it really in your interest to close down the den? I personally think this target system is making our officers not want to dig too deep. It isn’t like a big bust counts for 10 – if you do that, then you are killing your other nine chances necessary to fill that week’s quota.”

Each officer has a personal scorecard, regardless of his or her position, with a number of arrests that have to be met. If they don’t meet their targets, then they need to write a motivational letter to the provincial office explaining why they have been unsuccessful.

Another target example: an officer may be instructed to confiscate 25 illegal DVDs a week. No more, no less. “So you find a guy on the corner selling DVDs – he has a stack of 75 – and you confiscate them,” says Anton. “So what do you do? First the whole shift chooses and copies which ones they want to watch. And you only check in the target of 25 discs. You keep the rest in the boot of your car so you are good for the next two weeks.”

Annual reports from SAPS set targets and as they reach far into the future they get higher. Each year the plan is to confiscate more drugs, and catch more drug-related offenders. If you interrogate the annual SAPS Technical Indicator Description: 2015/16, when it comes to drugs the aim is concerned with the quantities of narcotics that have been confiscated. It is a metric that is aiming for a rough 3% increase in quantities confiscated year on year. This leads me to think that the incentive to catch the people putting the narcotics on the street is compromised as each year SAPS is expected to bring in more of what they are selling.

The target system is a very real stick for officers on Ontdekkers. But the sentiment I found among the people I interviewed on the street is that the police leave the drug syndicates operating because they can achieve more arrests. Think about it: a drug den produces a steady production of law-breaking drug users. If there are easy to arrest drug users who may have just bought small plastic baggies, driving and walking around the area, ready to be arrested, then where is the incentive to do more? Where is the incentive to go after the bigger, more vicious drug dealers? Especially because the drug dealers are the ones responsible for creating these low-hanging, easy-picking chances at arrests.

While researching my book I realised that we are treating our police officers like children and they are responding accordingly. DM

Paul McNally gives an account of his time with the drug dealers and the police in Johannesburg in The Street: Exposing a World of Cops, Bribes and Drug Dealers (Pan Macmillan, 2016)

Paul McNally is a journalist living in Johannesburg. He is the founding director of The Citizen Justice Network, an award-winning media initiative that develops journalism in under-reported areas in local languages. McNally produces feature articles and narrative radio documentaries for Wits Journalism on criminal justice. He is a 2016 Knight Visiting Nieman Fellow at Harvard. The Street: Exposing a World of Cops, Bribes and Drug Dealers is his first book.