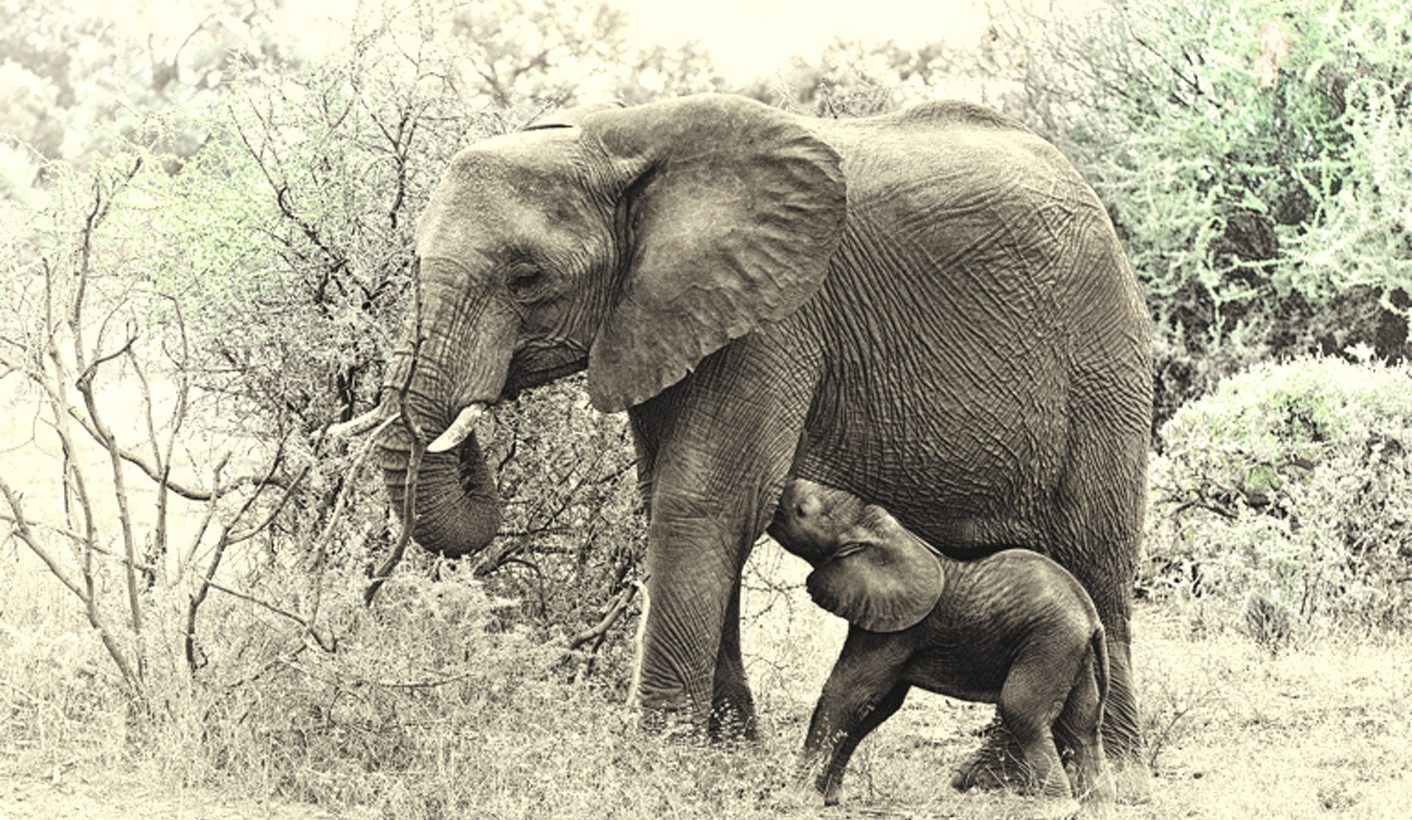 The results of the most comprehensive survey of African elephants ever undertaken – the Great Elephant Census (GEC) announced last month – have a worrying hole: Namibia. Although it was afforded the opportunity to have its elephants counted, free of charge and subject to the highest international standards, it elected not to participate. By CHRISTIAAN BAKKES and MARCIA FARGNOLI.

Namibia’s stance at the Convention on International Trade in Endangered Species (CITES) conference presently taking place in Johannesburg makes the reasons for not taking part in the census clear: it wants to be able to hunt elephants and sell ivory. Among the 10 countries of the African Coalition backing the closure of domestic ivory markets – a position agreed to by the CITES working group last week – Namibia was notably absent.

The country insists it should be granted special permission to trade in ivory because it claims to have a stable, growing population of elephants. Its trade proposal was denied at a recent conference of the International Union for the Conservation of Nature in Hawaii. Namibia had already proposed the legalised ivory trade to CITES for consideration at COP 17 being held in Johannesburg this week

In a report to CITES, Namibia claimed its elephant population was 22,711, of which 13,136 live in the northeast of the country. But this is impossible to verify.

The fact that Namibia did not participate in the GEC survey begs the question about the data on which it bases its claim. There are also discrepancies in its poaching statistics. If the population is unknown and is subject to increased poaching or is in large part migratory, should trade even be considered at all?

Namibia’s inconsistent estimates and statements are worrying. With regard to rhino poaching, for example, Namibia’s Minister of Environment and Tourism, Pohamba Shifeta, said recently that about 162 rhinos were poached between January 2015 and August 2016. He later announced that about 125 rhinos were killed from January to December 2015 while another 35 carcasses were discovered in 2016. In the authorised CITES report Namibia submitted for CoP17, the record of rhinos poached in Namibia in 2015 was put at 90, meaning that a large number of poached rhinos were subsequently left out of the official CITES statistics for 2015.

With regard to hunting, there’s a problem of who owns the elephants. A large number in Namibia’s narrow Caprivi Strip are undoubtedly migrating to and from Botswana and do not belong to Namibia alone. This is one reason why international conservation laws such as CITES aim to protect animals that move between countries. No state can independently decide the fate of migratory animals.

This is highlighted in the SADC Protocol on Wildlife Conservation and Law Enforcement (1999) to which Namibia is party. It states that “each party shall ensure that activities within its jurisdiction or control do not cause damage to the wildlife resources of other states”.

While Namibia has persistently issued hunting permits for elephants and lobbies to trade in ivory, these decisions could cause damage animals under the protection of other states.

Namibia also signed the London Declaration on Illegal Wildlife Trade (2014) which binds signatories to oppose the trade in wildlife products where they could stimulate poaching, trafficking or demand. A recent study published by the National Bureau of Economic Research has demonstrated that legal ivory sales only serve to intensify poaching, trafficking and demand. At the IUCN conference it was noted and agreed upon.

IUCN also agreed that “any elephant ivory supply, including legal domestic markets, creates opportunities for the laundering of illegal elephant ivory under the guise of legality”. This is particularly concerning given the hard-to-control, porous borders between Namibia, Angola, and Zambia. Even if Namibia’s elephant population was stable (though how can we know?), it remains almost impossible to control poaching in this area, let alone the laundering of ivory.

The GEC has verified that a virtual elephant genocide is taking place across Africa. Before the census, many experts – including those from the IUCN – believed that there were around 600,000 savanna elephants left in Africa. However, the GEC arrived at a count of only 352,271, far less than what was previously estimated, representing a probable 30% decrease in just seven years.

The numbers of this slaughter are staggering. The GEC claims Africa lost 144,000 elephants since 2007, at a rate of around 2,000 a year. Angola, Cameroon, Mozambique and Tanzania seem to be the worst affected countries.

Namibia is one of the few countries in Africa that wishes to legalise the ivory trade. Instead it should err on the side of caution in accordance with its own laws and international obligations and should acknowledge that the legal sale of ivory could accelerate the demise of the species. Elephants are already facing a continental crisis. Any miscalculation could accelerate their decline. DM