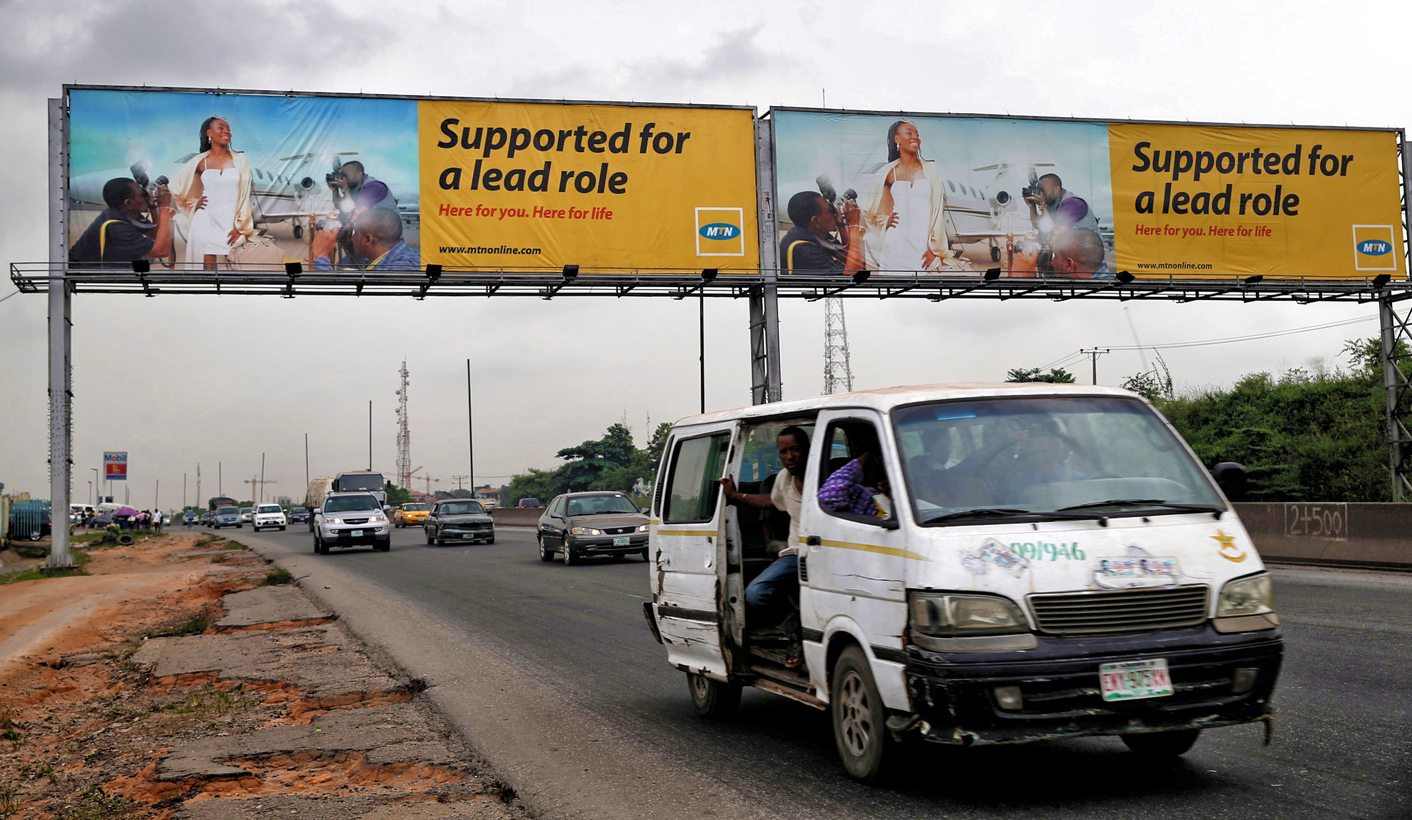 MTN’s Nigerian business has been fabulously profitable for the South African company. But that same success has made it an obvious, bright yellow target for Nigerian officials and regulators, who don’t always like what they see. By SIMON ALLISON.

In 2015, MTN Nigeria was accused of aiding and abetting terrorist group Boko Haram by failing to implement new SIM card registration rules, and fined a record $5.2-billion. News of the fine caused a sharp drop in MTN’s share price, and threatened the renewal of its operating licence in Nigeria. For a little while, it looked as if MTN might be kicked out of its most profitable market.

It didn’t quite come to that. Lengthy negotiations between the telecoms operator and regulators resulted in a $1.05-billion settlement – a hefty, but not crippling, sum. And MTN’s licence was eventually renewed in November, although this remains conditional on “MTN fulfilling all its regulatory obligations”.

Finally, the company could get back to business.

But the respite was brief for MTN and its shareholders, whose earnings dropped by more than half last year. On Tuesday, lawmakers in Nigeria’s upper house of parliament agreed to investigate claims that MTN has illegally transferred $13.2-billion from Nigeria to South Africa over the last decade. If formally charged and found guilty, the company could be facing another, even larger fine – and have its operating licence revoked.

“We [Nigeria] are in a precarious situation and now is the time to recover every stolen money in the country,” explained an irate Senator Dino Melaiye, who brought the issue before the senate. In August, Nigeria officially slipped into a recession, while government coffers have been hit hard by low oil prices and militant activity in the Niger Delta, where Nigeria’s oil is produced. The government is in desperate need of funds, so going after big, bad corporations makes both economic and political sense.

That said, no formal charge or notification of investigation has been presented to MTN, and the company was quick to deny any wrongdoing. “The allegations made against [MTN Nigeria] are completely unfounded and without any merit,” said MTN Nigeria boss Ferdi Moolman.

Regardless of the veracity or otherwise of the allegations made in the Nigerian senate, the story is a damaging one for MTN. It doesn’t help that the company has a dodgy track record on this issue. Last year, amaBhungane documented how MTN siphoned billions of rand from Nigeria, Ghana and Uganda into a shady Mauritian entity which “employs no staff and appears to own little more than a postbox”. Mauritius is a notorious offshore tax haven.

“The transfer of funds subsidiaries in tax havens under the guise of operating payments is a common tactic employed by some multinationals to move their profits offshore, leaving behind a shrinking tax base in their host countries and inexorable cuts to public services,” explained analyst Michael Nwakalor for Ventures Africa.

The allegations have already spooked investors. The MTN Group’s share price has dropped by nearly 3% in the wake of the news. And no wonder: its Nigerian business accounts for up to a third of the group’s profits, and its future there is once again in doubt. Of even more concern than the potential fine is the feeling within MTN that the Nigerian government is looking for any excuse to make its life difficult; that there is a bright yellow target on its back, and even if they succeed in winning this particular fight there will be another fight just around the corner.

There are several reasons why this may be true (aside from whether MTN has broken the law or not). One is that MTN is perceived as a cash-rich company, and Nigeria needs a bailout.

“Maybe it’s not a coincidence that Aliko Dangote [Africa’s richest man] said last week that Nigeria needs $15-billion to revive the economy, and now we are being accused of taking nearly that amount,” a senior MTN official told Daily Maverick. Another reason is the tensions around South African investment in Nigeria, which are more broadly linked to economic and political competition between the two African superpowers. Going after a South African company is an easy way to score political points.

MTN’s Nigerian gamble has so far proved to be wildly profitable. But is the dream slowly turning into a nightmare? And if so, when will the company wake up? DM

Photo: A billboard advertising MTN is seen along a road in Lagos November 16, 2015. REUTERS/Akintunde Akinleye/File Photo