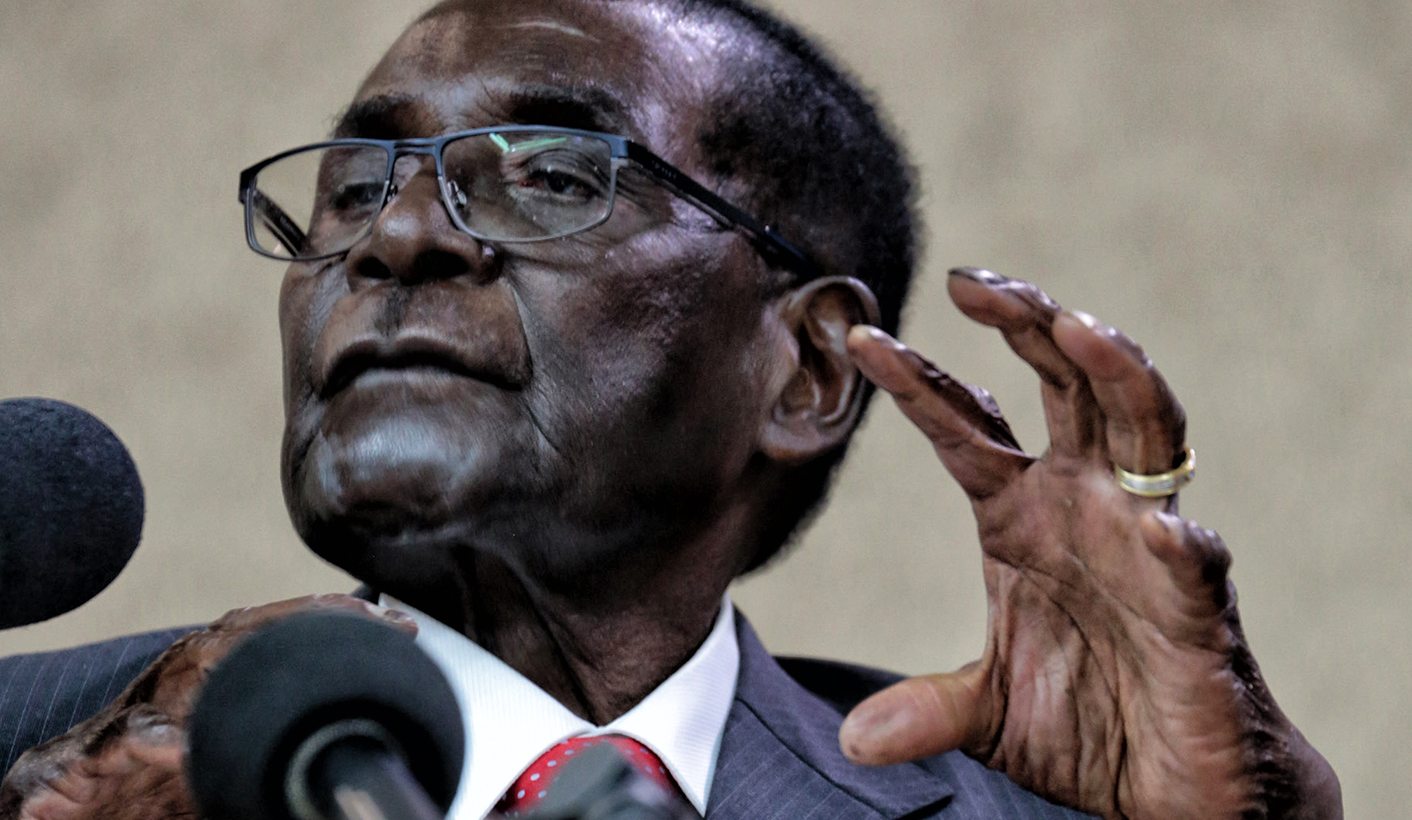 After too long in power, Zimbabwe’s president can liberate his people once again – by stepping down and playing with his grandson. By GERALD DZAWO.

I am sitting here listening to your speech that you have just delivered at the United Nations General Assembly and I am appalled by what you had to say. You are still blaming the West for the way that you and your government have destroyed our country – I think that it is time you take responsibility for your own mismanagement of the country’s resources and how you have single-handedly driven the country from being a productive powerhouse in southern Africa to a country that has to rely on handouts from other countries to feed its own people.

Your Excellency, I think it is time for you to step down and allow someone else to lead the country.

I recall the first time I came to the United States to go to university in 1990 – every time I introduced myself as being from Zimbabwe, people marvelled at your leadership and fellow Africans sang your praises for the way in which you led the transition from Rhodesia to Zimbabwe. Little did we know then that that positive legacy you had then would turn to the bad governance record that you have today.

Mr President, I believe that there are still some in Africa and around the world that hold you in high esteem, and for the sake of their high thoughts of you, please do the honourable thing and step down.

This, in my estimation, will even elevate your status among those who still see you as a great liberator. While we can never take that fact away from you (the role you played in getting Zimbabwe to be a free country), I would like to appeal to your conscience to not allow the country to go on suffering under your misrule.

I would like to believe that when you talk about the country and the problems that it is going through, that you truly have a heart for the suffering masses of people and that you are not just saying the right things to justify your continued hold on power. What I don’t see though is the action that goes with that compassion.

Mr President, you have been accused of being brutal and for the longest time I did not want to believe that our leader could be as ruthless as people said he was, until I experienced first-hand the brutality of those who work hard to uphold your presidency. I am a victim of your hard-handed response to anyone you deem to be a threat to your rule – my crime was that of teaching young people leadership skills and for this I was accused of training a youth militia to come against you!

Mr President, I know that you are very much aware of what your “minions”, as one activist calls them, are doing to the citizens of Zimbabwe and yet you are doing nothing about it. Where is your compassion for the rights of the people then? You talk about how the masses are suffering under “Western-imposed sanctions”, but I put it you, Mr President, that the people are suffering under your heavy hand, under your corrupt government that cares more about lining their pockets at the expense of the common person.

This is not right, sir. Honour demands that you admit that you have failed our country for the past 36 years and that if you are as concerned about the plight of the people as you say in your carefully worded speeches and are not just paying lip service, then step down– call for early elections and allow the country to rebuild under new leadership.

A few weeks ago, you said that those who had the same mindset as Pastor Evan Mawarire have no place in your Zimbabwe.

Well, first, it is our Zimbabwe too and not your personal possession or country club that you can exclude people from. We as citizens have a constitutional right to speak against government injustice and corruption that has driven our country into poverty.

Second, Mr President, growing up we were always taught that we should speak up or die (“mwana asingacheme anofira mumbereko”) but because we were also taught to honour our elders, even if they are doing wrong, we as Zimbabweans have been silent for too long– but not any more. What you are seeing across the country and around the world are the cries of your people saying that we have had enough of this government’s shenanigans that have caused the crisis in Zimbabwe.

We are opening our mouths for the first time, not out of disrespect for you as our elder, but because we do not want to die of hunger. Heed the cries of your people, Mr President, and step aside and allow the country to move forward under new management.

May I suggest you surprise the world next month when you do your cabinet reshuffle and replace yourself too?

Mr President, you looked tired today when you gave your speech and afterwards when you were walking out having to hold on to the wall to support yourself – I feel for you. You should be at home right now enjoying the company of your grandson and not gallivanting around the world telling mistruths about how well your government is running the country.

Your grandson needs you – retire and enjoy the benefits of being a grandfather while you still can. If your inner circle won’t tell you this, let me tell you on behalf of the majority of Zimbabweans, sir: it is time for you to retire – we have suffered enough under your leadership.

We are asking you, on behalf of the people of Zimbabwe, to step down. Here is your opportunity once again to liberate your people from the injustice, corruption and poverty that we are under. I appeal to you in the words of Nelson Mandela: “Real leaders must be ready to sacrifice all for the freedom of their people.”

What are you willing to sacrifice for our well-being, Mr President? DM

Photo: Zimbabwean President Robert Mugabe (R) addresses a youth meeting of the Zanu-PF party in Harare, Zimbabwe 03 September 2016. Mugabe appeared in public for the first time since rumours of his death had been circulating on social media. EPA/AARON UFUMELI