Op-Ed: Hlaudi’s new appointment is invalid and will prove costly to the SABC 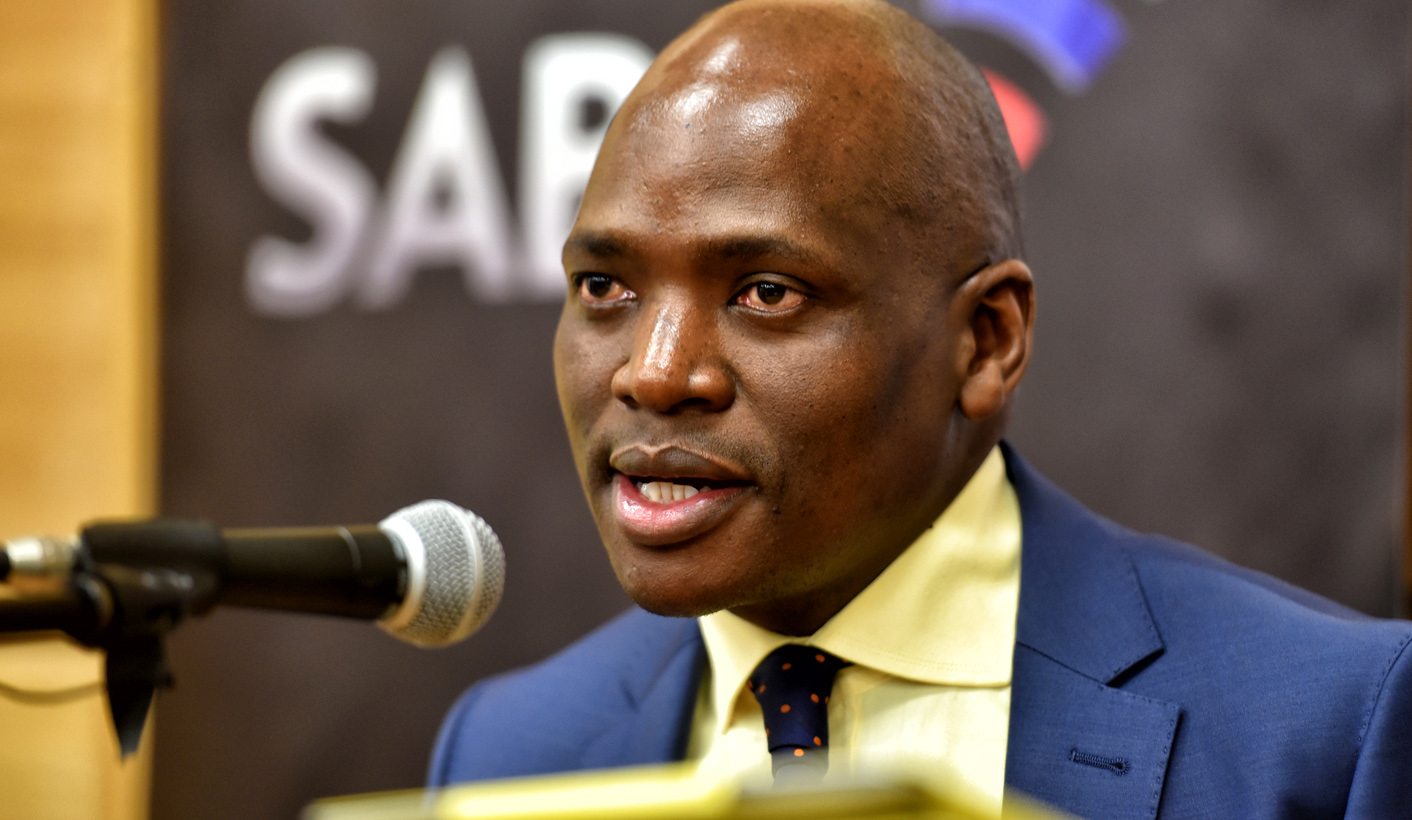 The appointment of the disgraced Hlaudi Motsoeneng as the head of corporate affairs at the SABC after the Western Cape High Court confirmed that his appointment as Chief Operation Officer was irrational, and thus invalid, is almost certainly also irrational and hence invalid. While probably not in contempt of the order issued by the High Court that invalidated Mr Motsoeneng's appointment, the move by the SABC does show contempt for the Public Protector, for the proven facts, and for the settled legal principles. By PIERRE DE VOS.

This week the SABC decided to appoint Hlaudi Motsoeneng as the head of corporate affairs at that institution. This followed the finalisation of court proceedings which confirmed that his appointment as COO was irrational and which declared the appointment invalid.

Because many South Africans have a tendency to respond in a knee-jerk manner to actions like this without any detailed knowledge of the facts and the law (expressing either outrage about the appointment or staunchly supporting it), it is important to revisit the Public Protector’s findings against Mr Motsoeneng. It is also important to remind ourselves of the reasoning employed by the Western Cape High Court in Democratic Alliance v South African Broadcasting Corporation Soc Ltd and Others when it invalidated Mr Motsoeneng’s appointment as COO.

It is now settled law that the findings and remedial action of the Public Protector are binding. In SABC v DA the Supreme Court of Appeal (SCA) held that:

“The Public Protector cannot realise the constitutional purpose of her office if other organs of State may second-guess her findings and ignore her recommendations.”

When the SABC originally appointed Mr Motsoeneng as COO (and recently as head of corporate affairs), it did not view the findings of the Public Protector as binding, preferring to rely on the reasoning of the Western Cape High Court which has been overtaken by the judgments quoted above. This, I contend, rendered the appointments (both as COO and now again as head of corporate affairs) irrational and invalid.

But what are the damning findings of the Public Protector against Mr Motsoeneng? Would such findings disqualify him from holding any position at the SABC? The findings can be summarised as follows:

In the light of these findings, the Public Protector imposed a series of remedial actions on the SABC management and board. These included that appropriate disciplinary action be taken against Mr Motsoeneng for his dishonesty relating to the misrepresentation of his qualifications, his abuse of power and improper conduct and the fruitless and wasteful expenditure which had been incurred as a result of irregular salary increases. The SABC was also instructed to recover the money paid in terms of the improper salary increases from the appropriate persons.

The High Court and the SCA had confirmed the order of the Public Protector that disciplinary action must be taken against Mr Motsoeneng.

In what has now become a disputed process described as a sham and a farce, an internal disciplinary hearing proceeded to exonerate Mr Motsoeneng of all charges. This happened after the original prosecutor hired by Communications Minister Faith Muthambi was abruptly dismissed from his position shortly before the hearing started.

It is in doubt whether the head of this disciplinary hearing had the power to second-guess and overturn the binding findings of the Public Protector made against Mr Motsoeneng.

As the findings against Mr Motsoeneng are binding and can only be reviewed and set aside by a court of law, it seems implausible that the chair of a disciplinary hearing had the power to set aside those findings and to replace them with new findings that exonerated Mr Motsoeneng.

To use something of an extreme analogy to illustrate the point: if a court convicted an employee of torturing and murdering 50 fellow employees it would not be open to a disciplinary hearing arranged by the employer to exonerate the employee and then to proceed to appoint that employee as the CEO of the company.

It would, of course, always be open to the SABC, Mr Motsoeneng or the chair of the disciplinary hearing to approach a court to have the findings of the Public Protector reviewed and set aside – just as it would be open to the metaphorical mass murderer to appeal his conviction for murder.

The High Court handed down its judgment before the Constitutional Court definitively held in the Nkandla judgment that the findings and remedial action in a report by the Public Protector are binding.

The SABC and the minister had argued at the time that the Constitutional Court might come to a different conclusion than the SCA as to the binding nature of the reports issued by the Public Protector. They argued that if the Public Protector’s report was not binding a different set of reasoning and justification might have to be applied.

If the findings of the Public Protector were not binding, the court held, “it would be unfair and hence premature at this stage to preclude” Mr Motsoeneng from being considered for appointment as a permanent COO of the SABC.

But since the judgment was handed down the Constitutional Court has confirmed the binding nature of reports issued by the Public Protector and the original reasoning of the High Court no longer applies.

Does this preclude the legally valid appointment of Mr Motsoeneng to any position at the SABC? The answer must be yes. Before considering the possibility that the Public Protector’s findings are not binding, the High Court explained the legal position as it now stands in the light of the Constitutional Court’s Nkandla judgment as follows:

“[I]t must follow that, as the Public Protector’s report was binding on the SABC and the minister, there can be no basis by which the minister can argue that a report, binding on her, could be ignored to such an extent that it would still be rational to appoint Mr Motsoeneng to a permanent position of COO, after being appraised by the report of the Public Protector of the problems relating to Mr Motsoeneng as acting COO.”

The same reasoning must apply to Mr Motsoeneng’s appointment to any other position at the SABC. By ignoring the binding findings of the Public Protector – findings that would ordinarily lead to instant dismissal of any employee – the SABC must have acted irrationally when it appointed Mr Motsoeneng as the head of corporate affairs. The appointment must therefore be invalid.

Unless the validity of the Public Protector report is challenged in court and reviewed and set aside by that court, it stands and its findings cannot be ignored when deciding on whether to appoint Mr Motsoeneng to any position at the SABC. To do so would be completely irrational.

For reasons that are not immediately apparent the SABC management has therefore embarked on a course of action regarding Mr Motsoeneng which will almost certainly end in yet another defeat in the courts. It is a monumental waste of money, money the SABC does not have.

When the SABC loses yet another case about the irrational appointment of Mr Motsoeneng, the court might consider ordering senior managers at the SABC and the individual board members to pay for the legal fees from their own pockets. DM