Fifa decision to disband anti-racism task force is an o... 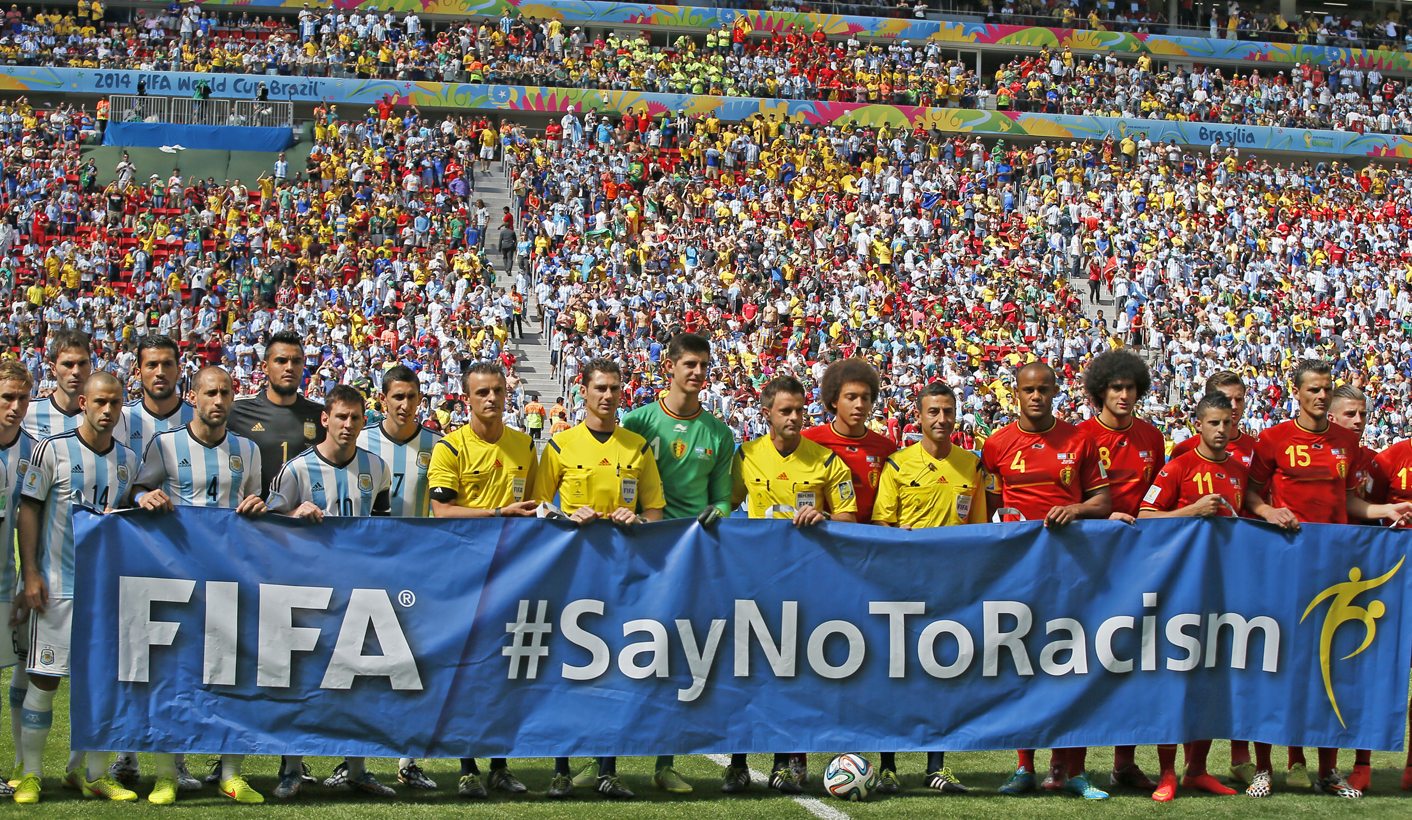 Intervening with racism in football has never been anything but a PR tagline for Fifa and the disbanding of their anti-racism task team simply underscores that. By ANTOINETTE MULLER.

The disbanding of Fifa’s anti-racism task force, with the world’s governing body declaring its job done, should hardly come as a surprise.

After all, this was a committee that was established in the wake of Sepp Blatter suggesting prejudice could be solved by “shaking hands” and whose present task force committee had never even met. Fifa’s so-called commitment to fighting against racism has never really been much more than a PR tagline with underwhelming slogans and this move simply underscores the complete absence of understanding around the issue.

The move has been widely criticised by a number of people. Yaya Touré called it “disappointing” and questioned whether Fifa was becoming complacent ahead of the 2018 World Cup in Russia. Jordanian FA president and former Fifa presidential candidate Prince Ali said he found it “incredibly worrying” and “shameful”, adding that “the task force was never given real support since its conception and its role was more about Fifa’s image than actually tackling the issues”.

Dominic Chimhavi, head of communication at the South African Football Association (Safa), told Daily Maverick that they were not convinced that everything has been done to clear the sport of racism. He said that while a number of African players and even some of South Africa’s players who ply their trade in Europe are still being subjected to racist abuse, governing bodies will not be convinced that it is the right thing to do.

He added that while Safa weren’t directly consulted – because these decisions come down to a committee – even people who serve on the committee aren’t convinced that its work had been done.

And, while some might want to lay the blame at the feet of Fifa Secretary General Fatma Samoura, a Senegalese national, Chimhavi says such stances would be “unfair and unfortunate” as she is new to the position and combating racism is not down to one individual, but rather that of the collective.

Samoura, the former senior United Nations official appointed in June, tried to justify the move by saying: “The task force had a specific mandate which it has fulfilled and now we will turn its work into a programme – and a strong one – about zero tolerance against discrimination on the grounds of culture, races, colour of the skin and sexual orientation.”

The question then is what exactly was that task team’s mandate in the first place? One might logically assume that the overarching goal of such a task force would be to ensure there are measures in place to deal with bigotry in the sport or at least show some evidence that there have been some interventions put in place to better deal with these issues.

Instead, all Fifa can currently show is no movement on the task force for the last year, including, according to reports, the fact that Congolese football federation president Constant Omari, who took over the task force last year, ignored requests to get a shifty on and actually do something.

That task force can also add another string to its spectacularly failing bow in the fact that racist incidents logged by researchers in and around stadiums in Russia, the venue for the next World Cup, more than doubled last year. And Russia is not the only place where incidents have been on the rise. The most recent Kick it Out report says that it received 77 more reports (393 in total) compared to the last two years.

Maybe the mandate was simply to screw things up more than they are already screwed up, because that is the only logical reason why this task force could have been disbanded. Or maybe Fifa is so cosy in its ignorance that it believes more reports are a good thing because maybe people “speaking out more” means people are more aware of the issue and if we all just sat around singing Kumbaya the problem would magically dissolve itself.

The ill-management and inaction of the Fifa task force over the last 12 months tells you all you need to know about how seriously they are taking the problem of racism in sport. No one who is serious about lasting and tangible intervention in the collective effort to stamp out racism will ever consider it mission accomplished in the current climate. And Fifa can’t even say they tried. DM

Photo: Argentina’s players, Belgium’s players and the referee team line up with an anti-racism banner prior during the Fifa World Cup 2014 quarter final match between Argentina and Belgium at the Estadio Nacional in Brasilia, Brazil, 05 July 2014.