In photos: Cricket lives in the rural Eastern Cape 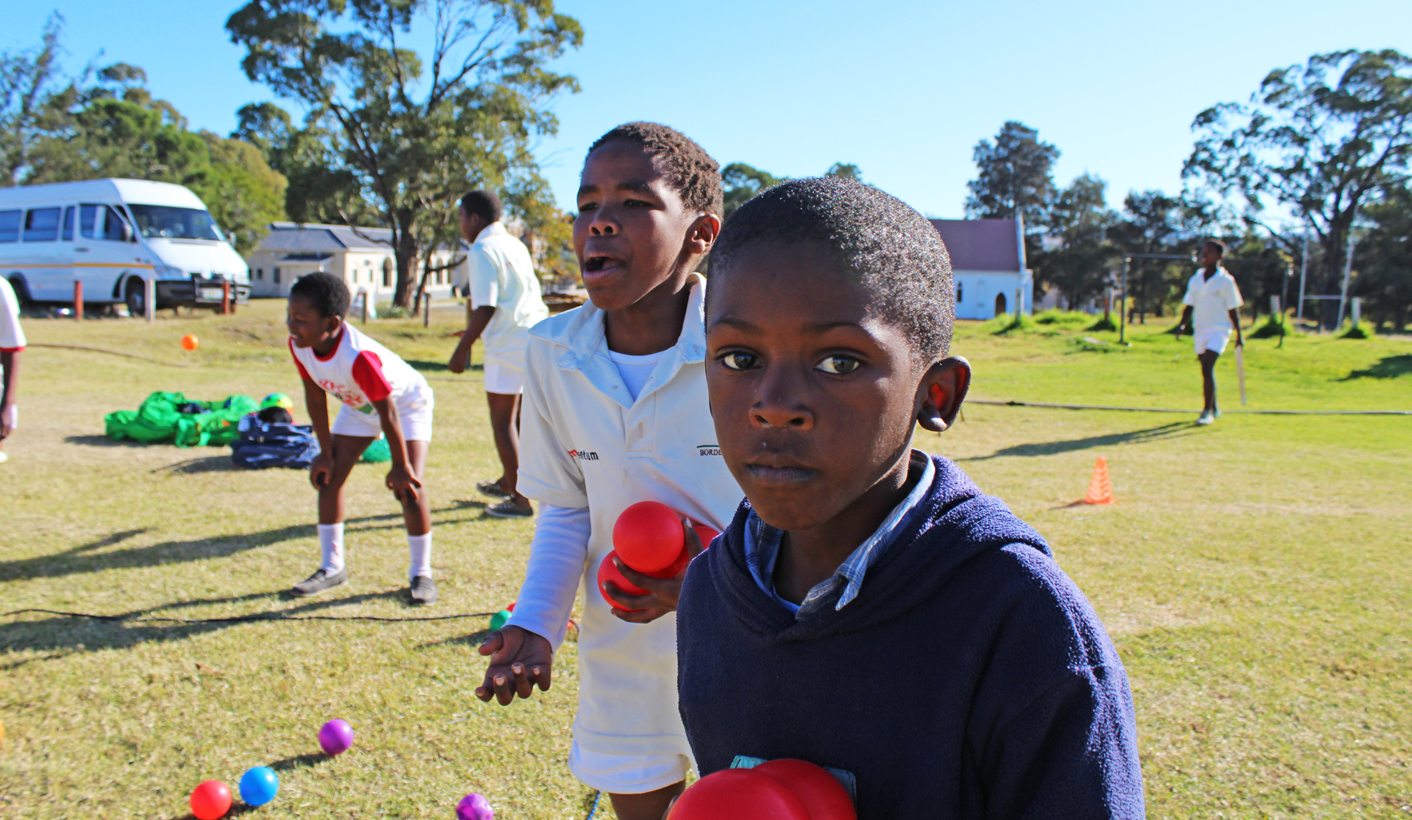 Cricket has been alive in the most rural part of South Africa’s Eastern Cape for centuries. Even during apartheid, cricket thrived here. Daily Maverick recently visited some of these rural areas where the passion for the sport thrives, despite serious economic challenges. By ANTOINETTE MULLER.

Beyond the Boundary: Transformation in South African cricket is a special multimedia feature by Daily Maverick and Chronicle. These photos from Middledrift, Alice and Healdtown highlight the passion of the game that thrives in South Africa’s often forgotten rural areas.

Mini cricket players at Ngumbela Park in Healdtown, Eastern Cape, pose for a photograph after a mini-cricket training session.

The scoreboard at Ngumbela Park in Healdtown, Eastern Cape. The ground is located in the hills between Alice and Fort Beaufort.

A Middledrift mini-cricket player poses for a photo after a session. Middledrift is a premier league club which offers opportunities for cricket players – boys and girls – of all ages. Former Test cricketer Mfuneko Ngam is from this area.

A player waits his turn in the nets at Middledrift Cricket Club. The club recently won the league, losing one and drawing one out of their 30 fixtures.

A player runs in to bowl at Middledrift Cricket Club in the Eastern Cape. The club has a proud history of producing provincial players for Border in all age groups, despite the socio-economic challenges many players from the area face.

The house in Mdingi where Makhaya Ntini, South Africa’s first ever black African Test player, grew up. Ntini was spotted at a young age and received a bursary to Dale College. He remains the only black African player to have played more than 10 Tests for South Africa.

Young players gather for a training session at Ntselamanzi Cricket Club in Alice, Eastern Cape. The coaches here say cricket is a good way to keep players out of trouble and away from drugs and alcohol.

A young player at Ntselamanzi Cricket Club gestures to her teammates during a training session.

Young players at the academy programme at Fort Hare take part in a life skills session. Blindfolded players must be guided by their teammates to pick out the ball that matches the colour of their blindfold.

The Fort Hare Academy take part in a match against a Border Academy XI. The Fort Hare academy has produced more 20 semi-pro and franchise cricketers since it first opened its doors in 2009.

Main photo: The Fort Hare academy is a joint venture between Border Cricket, Fort Hare University and Cricket South Africa. It opened in 2009. Young players are identified from the surrounding areas and attend life skills and training sessions at the university. The most talented are given scholarships and placed into focus schools in the surrounding areas. The university also offers bursaries for tertiary education for cricketers from across South Africa. DM