GroundUp: How does an illegal gold miner get money acro...

GroundUp: How does an illegal gold miner get money across the border? 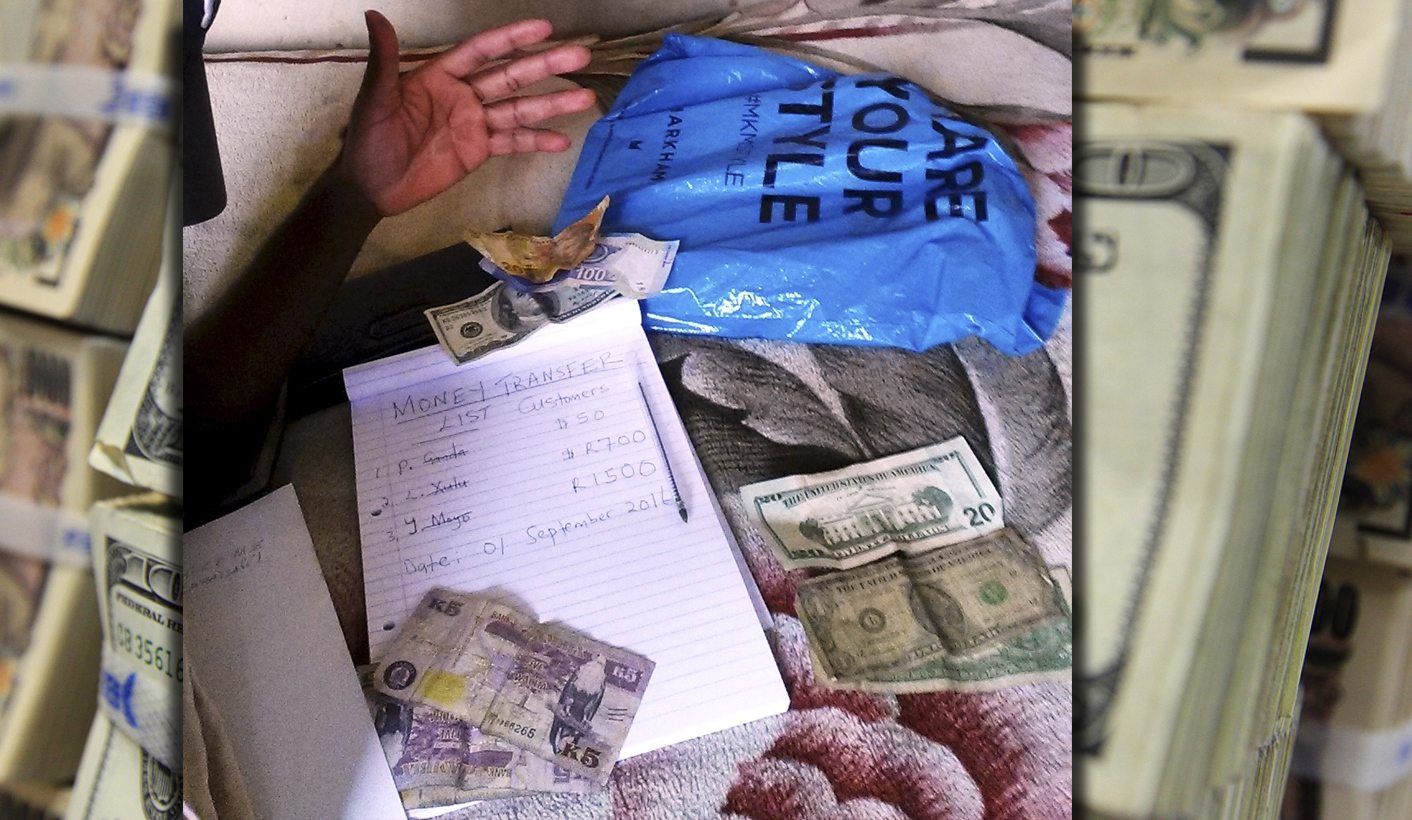 A new breed of money couriers has earned the trust of immigrants shut out of formal banking. By Ray Mwareya for GROUNDUP.

“Our money transfers are unregistered in South Africa. They are built on simple cellular phone technology and cross-border trust,” explains a dealer, who operates from Springs. “Our customers are dozens of immigrants with no passports – irregular gold miners and foreign girls working in Johannesburg beauty salons. We think our fees are 50% lower than the likes of Western Union. Receivers, across the borders, in Zimbabwe and Mozambique, get paid in goats, cattle or dollars.”

He is one of a set of cross-border entrepreneurs that has arisen in the wake of the flow of immigrants from neighbouring countries to South Africa’s informal gold mining towns such as Springs, 50km from Johannesburg, and to the giant farms in Limpopo where Zimbabwean and Mozambican immigrants pick fruit. In Springs perhaps a thousand miners from Zimbabwe and Mozambique comb the dozens of abandoned mines on the East Rand.

Gerald Miyambo, 37, a money “courier” and unregistered immigrant who arrived in South Africa from Manica, Mozambique in 2009, says, “What can we do? We have no work permits; we can’t even open a bank savings account to wire money in South Africa. Thirty of my regular customers are all illegal gold miners who send small amounts to their wives back in Mozambique and Zimbabwe weekly. They have no passports.”

He explains how the cross-border informal money transfers work, entirely built on trust.

“The hard-living foreign gold miners, called Ma Gweja, surrender their earnings to us, the carefully vetted Gweja cross-border money transfers agents. We are their countrymen after all,” says Miyambo.

But Miyambo has to be careful. Sometimes he sleeps in different houses every week to guard his money.

“Where there is gold, there is crime; it is still a dangerous occupation to be an active community cash dealer in South Africa,” he says.

“Ma Gweja” means “those who shake off gold” in the Ndau language, widely spoken in east Zimbabwe and Mozambique.

“A phone call does the trick, and ties the deal in minutes, across the border in Mozambique or Zimbabwe. Recipients – usually wives of these migrants left behind in Zimbabwe or Mozambique – pick up the money in villages on getting phone instructions.”

Tendai Gwaze, another Ma Gweja money courier, who makes transfers for 60 farm labourers on an orange plantation in Limpopo, says, “When they surrender part of their wages to me, their children or wives in Zimbabwe can be paid out in a marvellous way.

Gwaze is proud of his efforts. “This is much better because in rural east Zimbabwe banks are limited and families prefer to exchange cattle and goats instead of receiving cash.”

She says, “Here the nearest bank is 145km away in the city of Mutare. Sometimes there is no electricity in the bank or queues stretch too long. So, my husband is an unregistered gold miner in Springs, South Africa.”

Hamudi Moyo, 40, considers herself a “Ma Gweja entrepreneur” in Chimanimani, on the Zimbabwean side of the transaction. She serves Dorothy Shango.

“I run a small shop, stocking beans, maize and a pen of goats. My husband collects miners’ earnings in South Africa. After receiving instructions via phone, I pay out the miners’ wives here in Zimbabwe. Many now prefer to receive goats or tins of sweet beans instead of cash. Business is promising.”

Thousands of people cannot courier their earnings through formal banking and international companies like Western Union for fear of immigration police scrutiny and expensive transfer fees.

The anguish of refugee farmworkers unable to safely wire money to their home countries is understood by Tlale Matseke, a senior programme co-ordinator at the Southern African Confederation of Agricultural Unions.

She says, “Banks work with tight rules. Refugees have to fill out numerous paperwork to open a bank account. Sometimes, they have no legitimate papers. The better question for policy-makers now must be – how do we attract vulnerable groups like refugee farm labourers into formal banking?”

Julie Dana, the Lead Financial Sector Specialist for the World Bank in Southern Africa, agrees: “Finance systems, savings, insurance should ultimately include vulnerable groups like immigrants and rural farmers across all Southern African countries. We have an opportunity ahead of us.” DM