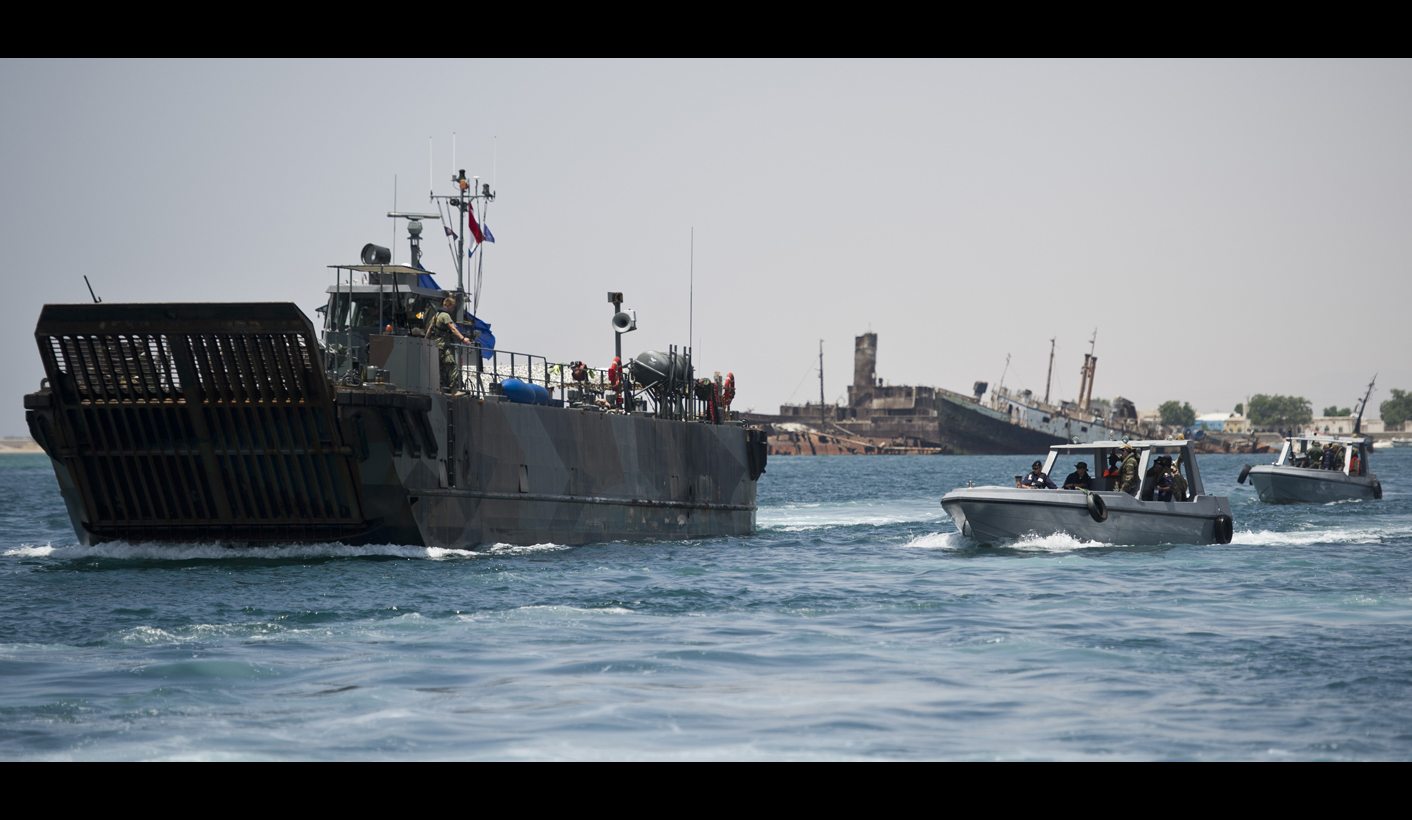 Somaliland is, famously, the country that doesn’t exist. But the territory’s ambitious new port project may force major powers to rethink this status as Somaliland sells peace and stability in a region short on both. By GEOFF HILL.

On a rough street, it’s a risk upsetting the neighbours, but the port of Berbera in Somaliland has done just that.

A Dubai firm, DP World, has started work as part of a 30-year deal to run the harbour in a country you might say is not really there.

At independence in 1960, British Somaliland fused with the rest of Somalia but, in 1991 when the government in Mogadishu collapsed, they took back sovereignty.

In 25 years, no one has recognised the so-called Republic of Somaliland. Yet, in a region known for tyranny and turmoil, it is a working democracy, with elections, several opposition parties and a relatively free press.

The new port deal is the biggest since independence, but it’s complicated. DP also runs the port next door in Djibouti where they were sued by the government of President Ismaïl Guelleh, who claimed the firm had taken bribes. The case was thrown out earlier this year by a commercial court in London.

DP now has a choice. If things go bad in Djibouti, they have Berbera a short way down the coast on the same bottleneck that links the Indian Ocean to Suez.

There is hope in the capital, Hargeisa, that traffic through Berbera and the trade links it will bring may help the push for recognition even if it does nothing for relations with Mr Guelleh.

Somaliland passports are accepted across Africa, Europe and the US and there are direct flights from Hargeisa to Dubai, Nairobi and Addis Ababa. The country has its own police, army and public service and is more peaceful than neighbouring states such as Ethiopia and Somalia.

But what if they were recognised?

Here the focus is on Washington.

The US military base in Djibouti has come under scrutiny, with calls in the US Congress for a closer look at the country’s poor record on human rights.

In December last year police used live ammunition to put down a protest near the capital. Djibouti is a member of the International Criminal Court and an exile group in Paris says it plans to launch a case at The Hague.

In April, President Guelleh was elected to a fourth term – he changed the constitution which allowed only two – with 83% of the vote amid claims by the opposition of fraud and intimidation.

Somaliland has none of these problems and is English-speaking. And if the Pentagon set up shop, they would be alone here. In Djibouti, France and China both have bases and other countries are keen to expand their presence, including Russia.

As for Somaliland’s status, there are precedents. The US backs Israel even though America’s allies in the region including Saudi Arabia, Iraq and even Djibouti don’t recognise the Jewish state. And the Pentagon has strong links with Taiwan.

There are no embassies in Hargeisa but a number of countries have set up an “office of interest” while ambassadors based in Addis or Nairobi come for talks with a government that technically doesn’t exist.

Much will hinge on Somaliland’s elections next year. At a poll in 2010 the then-ruling party lost and handed over peacefully to the winner. Another transparent vote will make it hard to ignore calls for recognition.

On the Horn of Africa, the future is never certain, but Somaliland may win out if only because it’s the best house on a very bad street. DM