Op-Ed: #FeesMustFall – the students’ side 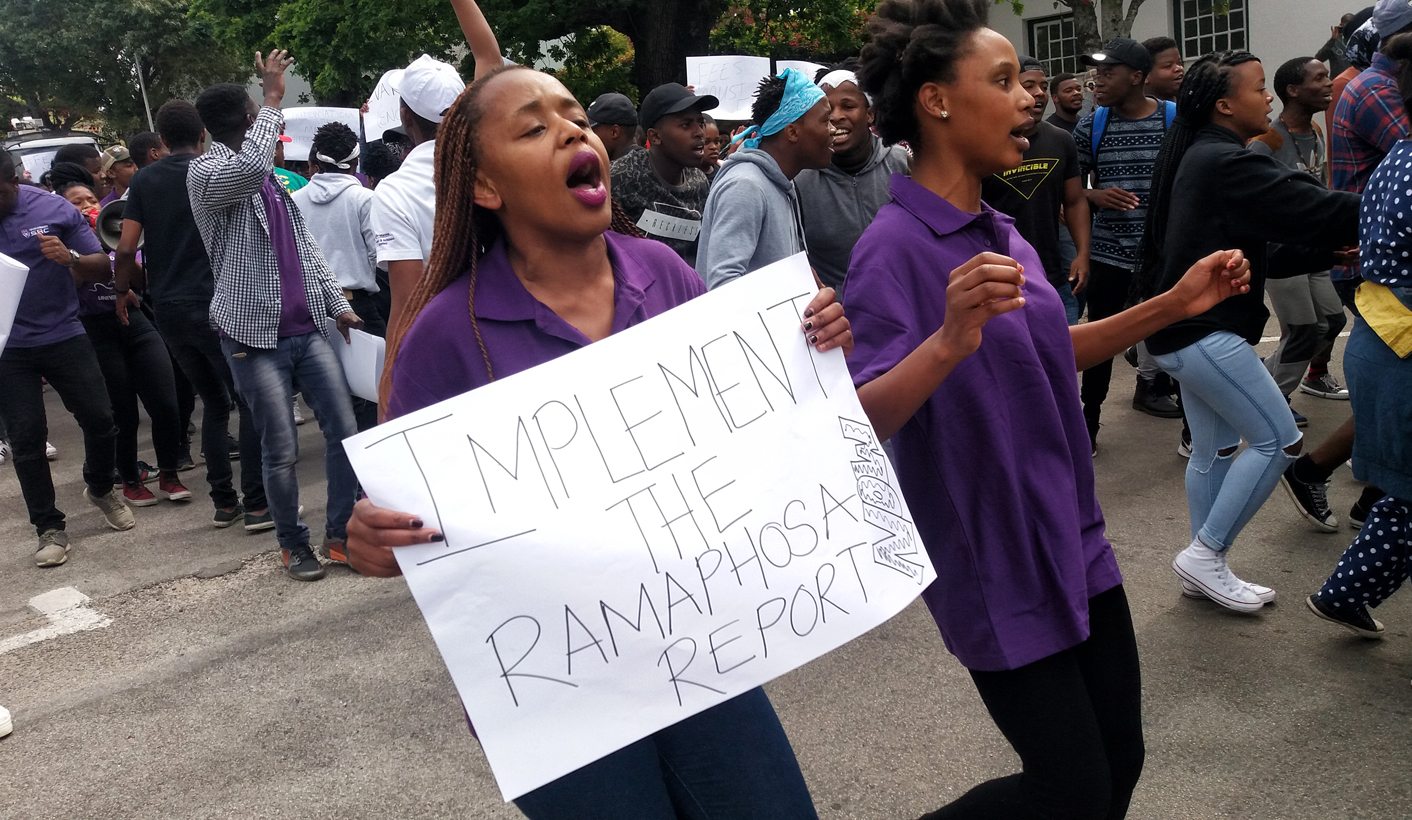 If you want to understand why the students are protesting, take a moment (or two) to step back and listen to what the students have to say, even if it is just by reading articles such as this. By ALICE DRAPER.

Prior to the minister of higher education’s announcement about the fee increase, tensions around the country were high. Students feared not being able to continue studying, while many university staff feared further disruptions.

On Monday morning, minister Blade Nzimande announced that the government advised universities not to increase the fees by more than 8%, and that the government would cover this increase for students on NSFAS (National Student Financial Aid Scheme) and the “missing middle” which he categorised as students whose families earn less than R600,000 per annum.

The general stance of students across the country was that they rejected this proposal and thus, protests were to continue. This led to the conclusion from a lot of the general public that the students are either “ungrateful” or want “everything handed to them”.

It is easy for everyone sitting at home to base their views on the main stories in the media (burning buildings, violence and so on) and on what their friends and colleagues are saying about the protests. However, if you actually want to understand why the students are protesting, it is important to take a moment (or two) to step back and listen to what the students have to say, even if it is just by reading articles such as this.

There are a few reasons that the protests are continuing, which appear to be universal across most universities in the country.

Not every student involved in the protests is burning down buildings, cars, or attacking other students and staff. In fact, most students are protesting peacefully or attending meetings, talks and other gatherings to try to negotiate ways in which a lowering of fees, or free fees, can be achieved.

While it is undeniable that some students have been involved in violent activities such as burning down buildings and using force to gain numbers in the protests – and in no way should these activities be condoned – it is important to at least try to understand why some students have resorted to this.

The University of KwaZulu Natal (UKZN), where most of the violence has occurred this year, have been protesting against tuition fees almost annually, long before the #FeesMustFall movement started. Their protests and demands were met with little to nothing. Students are frustrated and tired of being ignored; and mostly angry. While burning down buildings in no way solves the need for cheaper education, it brings public and media attention, and makes more people aware that there is a fee crisis. It is in no way ideal, but neither is it ideal to be trapped in a cycle of poverty, and not being able to attend university.

You may believe that this generation is “self-entitled”. However, the reality is that too many years have passed in which a tertiary education has become increasingly inaccessible to the broader masses of the public. Section 9 of the South African Constitution states that “Everyone has a right… a) to basic education, including adult basic education; and b) to further education, which the state, through reasonable measures, must make progressively available and accessible”.

Aside from the students NSFAS covers, before the #FeesMustFall protests last year, the government had done very little to make university more available and accessible. The protests occurring countrywide right now are crucial and valid, and it is in the best interests of South African citizens to support them so that less violent and more progressive solutions can be reached. DM

Photo of Grahamstown protests from 23 September 2016 by Alice Draper.