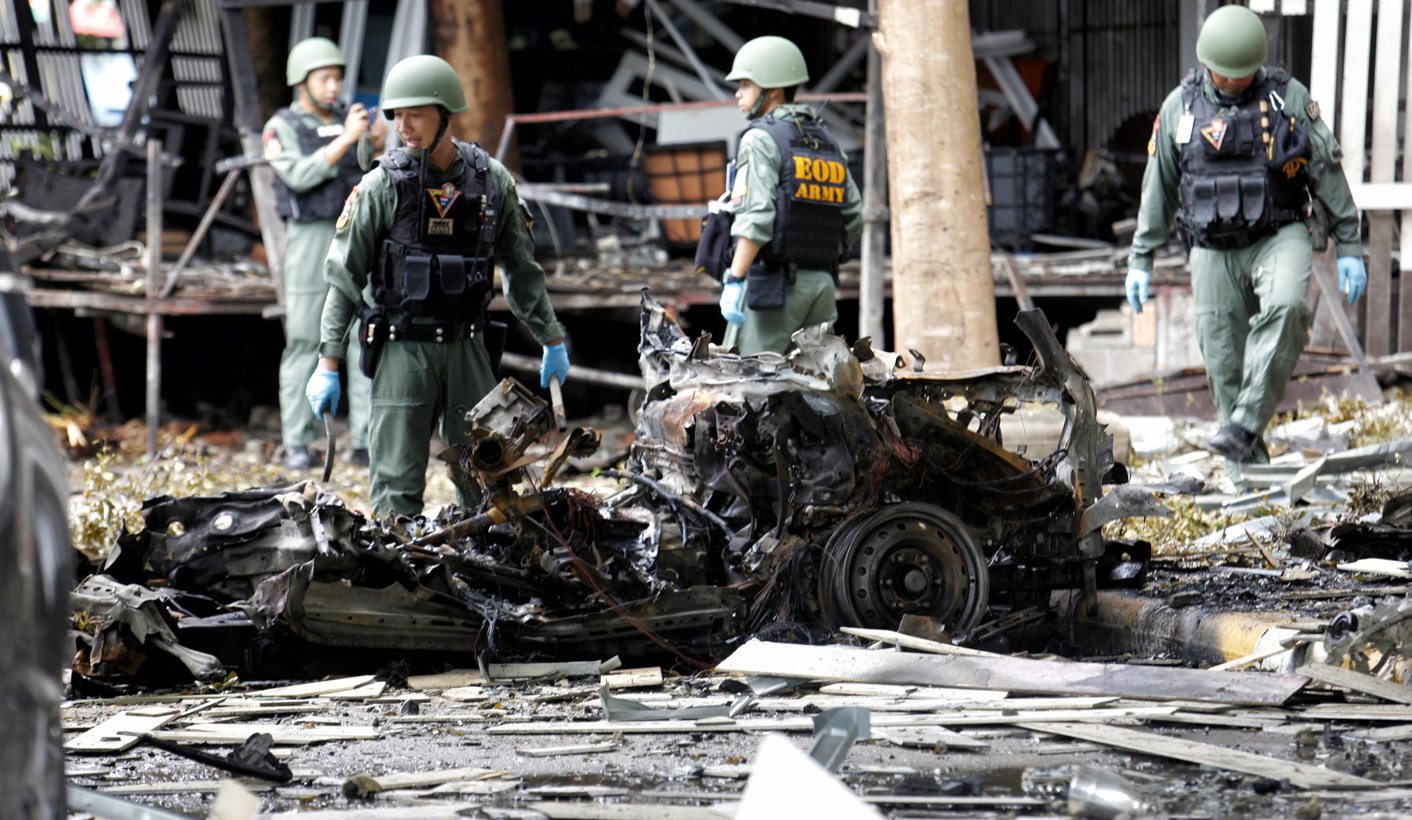 The peace dialogue between Thailand’s military government and some Malay-Muslim separatist leaders in exile has foundered. Co-ordinated bombings in August on tourist areas outside the customary conflict zone in the deep south bear the hallmarks of the separatists and indicate that the government’s approach of containing the insurgency is not working. Overview by INTERNATIONAL CRISIS GROUP.

The National Council for Peace and Order (NCPO), which seized power in the 2014 coup, professes to support dialogue to end the insurgency but avoids commitment, and the prime minister has questioned the talks. The main insurgent group has rejected the process, and the number of fighters the umbrella entity set up to negotiate in 2015 controls is unknown. A decentralised political system could help resolve the conflict by giving respect to Malay-Muslim identity and aspirations while preserving the unitary state, but a pernicious stalemate prevails, with both state and militants preferring hostilities to compromise. The August bombings in the upper south should encourage the government to seek talks for a comprehensive settlement.

Since seizing power, the NCPO has been preoccupied with running a politically divided country slipping towards the uncertainties of the approaching end of King Bhumibol Adulyadej’s seven-decade reign. Though the army opposed the dialogue process when it began under Prime Minister Yingluck Shinawatra’s government in 2013, the NCPO pledged to restart talks and invited Malaysia to resume facilitation. However, the NCPO appears caught between the imperative of talking to show locals and the international community that it does the right thing and an abiding fear that dialogue will legitimise the separatists and pave the way for international intervention and eventual partition.

In March 2016, after two plenaries and three rounds of technical talks, the NCPO’s dialogue team and the MARA Patani – the Majlis Syura Patani (Patani Consultative Council) umbrella body established in 2015 to negotiate with Bangkok – reached preliminary agreement on an eight-point Terms of Reference (ToR) that would open the way for official talks. But the next month, the army abruptly transferred the secretary for the Thai dialogue team, who had led efforts on the ToR. At a 27 April meeting in Kuala Lumpur, the Thai team declined to sign, saying it needed to review the document, and questioned MARA Patani’s standing to engage in official talks. Despite a further meeting on 2 September, dialogue remains at a preliminary, unofficial stage.

The NCPO’s preferred approach has more to do with convincing militants to surrender than achieving a settlement with leaders in exile. It has suppressed political engagement countrywide, suspending elections and curtailing civil liberties, while seeking to establish a foundation for long-term control after the general election promised for late 2017. Its argument that rebels should give up violence and work for peaceful change rings hollow, since it allows no political activity. With local civil society increasingly stifled, prospects for bringing popular pressure to bear for genuine dialogue are slim.

Serious talks are also hindered by the militants’ disunity and parochialism. While proponents of the dialogue argue that other factions will join once the process gains momentum, many observers doubt MARA Patani currently can speak for a critical mass of fighters. Professed members of the main insurgent group, the Barisan Revolusi Nasional Melayu Patani (Patani-Malay National Revolutionary Front, BRN), hold leading positions in MARA Patani, but do not have the sanction of the group’s leadership. BRN has questioned NCPO sincerity and emphatically rejected talks without foreign observers, a stipulation that stokes the regime’s fears of internationalisation. There are no indications that Islamic State (IS) or proponents of its global jihadist ideology have made inroads with Thailand’s ethno-nationalist Malay militants.

Divisions and capacity constraints pose major challenges but are a less immediate obstacle than lack of determination to negotiate a settlement. The NCPO appears interested primarily in mere semblance of dialogue and opposed to any solution involving devolution of political power. BRN has not advanced a political platform that could serve as a basis for talks. MARA Patani has yet to demonstrate an ability to influence events on the ground. The stalemate is insufficiently painful to induce the parties to seek a negotiated end to the conflict with a sense of urgency. The 11-12

August bombings indicate the militants’ capacity to inflict greater damage on lives, property and the economy, however. The government should recognise this threat and reconsider its approach to dialogue. The militants should recognise that a wider conflict and continued targeting of tourist areas is likely to bring an uncompromising military response from Bangkok and international opprobrium. DM

Photo: Members of the Thai Explosive Ordnance Disposal (EOD) squad inspect the wreckage of vehicles after a car bomb attack at a hotel in Pattani, southern Thailand, 24 August 2016. A series of separate bomb attacks, including a bomb hidden in a truck, exploded at a car park of hotel, killing one woman and wounding 29 people, media reports. EPA/ABDULLAH WANGNI