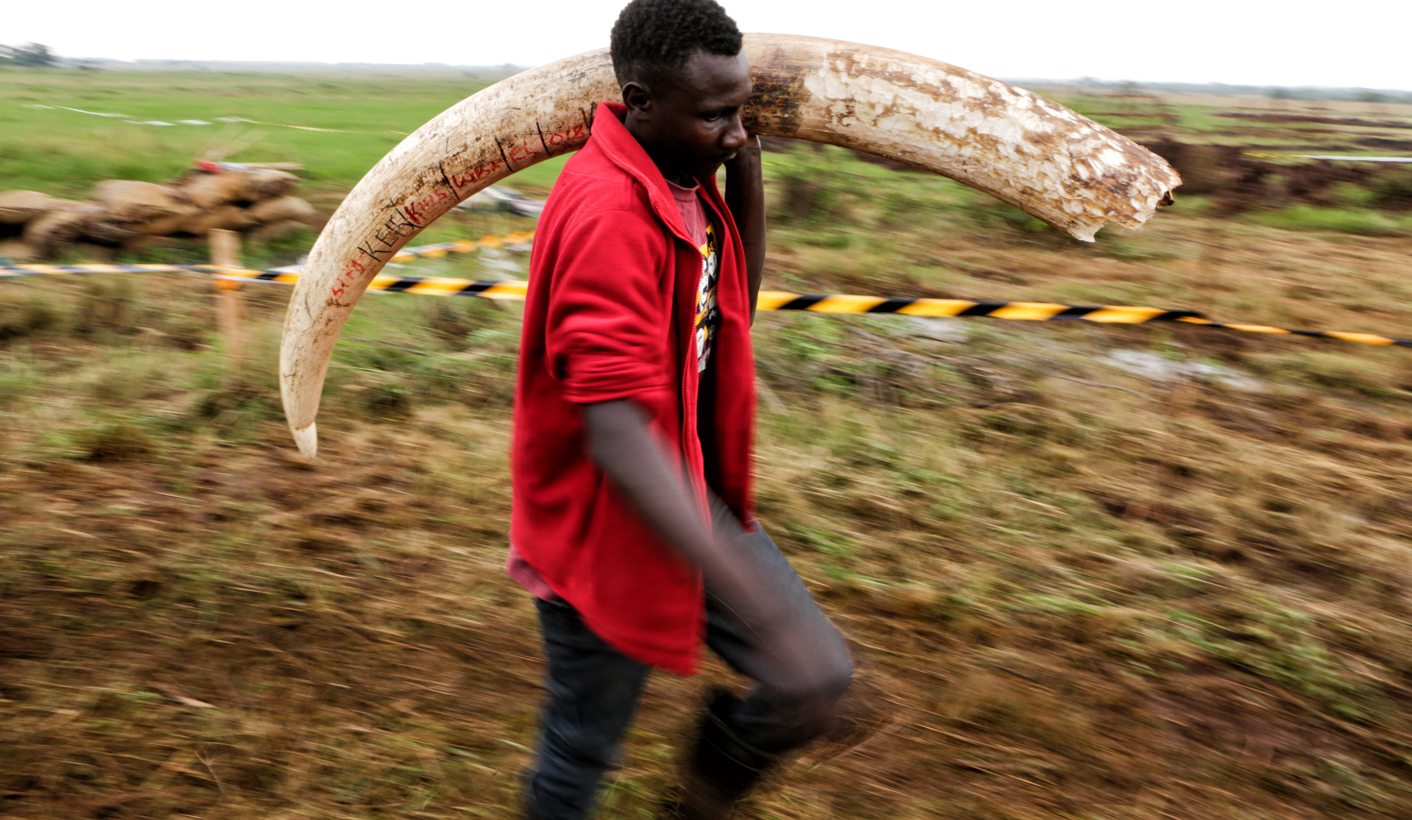 Let’s be clear: there IS a ban on the commercial international trade in ivory. There are no legal loopholes. This might come as a surprise given the increasingly loud calls for governments to adopt a “complete ivory ban” at the world’s most important wildlife trade meeting – the 17th Conference of the Parties (CoP17) to the Convention on International Trade in Endangered Species of Wild Fauna and Flora (CITES) – which starts this week in South Africa. By CARLOS DREWS.

But an international ban is in place. It is the cornerstone of global efforts to save elephants and must be strictly maintained. Measures to stop the poachers and traffickers and close down domestic ivory markets have to be strengthened. But there is no way to make the ban stronger on paper – it can only be enhanced through effective enforcement.

Some countries and conservation organisations dispute this. With around 20,000-30,000 elephants being poached across Africa each year, they are pushing hard for the large elephant populations in Botswana, Namibia, South Africa and Zimbabwe to be upgraded to Appendix I of CITES in line with the rest of the continent’s elephants, arguing that this would provide them with the highest level of protection.

However, these elephant populations already benefit from this top level protection thanks to a special condition attached to their existing Appendix II listing. This prohibits these countries – which harbour over half the continent’s remaining elephants – from trading any ivory for commercial purposes. So, as the CITES Secretariat has pointed out, adding these elephants to Appendix I would have no practical effect.

Except for one critical caveat. It could inadvertently make the situation worse by opening a back door to the resumption of legal international ivory trade.

At the moment, the only way to reopen the trade is by a two-thirds majority vote of all 182 Parties at a CITES conference. Namibia and Zimbabwe are angling for this, having submitted proposals to allow them to trade ivory from their legal stocks. WWF does not support these proposals because this is not the time to contemplate even a limited resumption of the international ivory trade, and it is extremely unlikely that the world will back them.

However, there is another way that pro-trade countries could bypass the ban. Ironically, all this would require would be a change to the existing elephant listings; exactly what many anti-trade countries, conservationists and campaigners are calling for. Altering the current position in any way would automatically open up a 90-day window for countries to lodge reservations.

If this were to happen it is likely that some countries – potentially both African countries with ivory stockpiles and Asian countries with ivory consumers – could do so. This would exempt them from the current restrictions regarding elephants, so they could start trading ivory internationally again with no oversight from CITES at all. And remember, there is no possible reward to justify such a gamble.

But this is not the only reason WWF does not support the uplisting proposal. These four elephant populations do not – as the independent experts at the IUCN and TRAFFIC point out – meet the agreed scientific criteria for listing on Appendix I. They do not have a restricted range, nor are their populations small or undergoing a marked decline. Supporting a proposal that does not meet these criteria would undermine the integrity of the Convention, weakening the prospects of future protection for countless threatened species.

All sides of the ivory trade debate want to halt the slaughter of Africa’s elephants. The shocking decline in African elephant numbers detailed in the recent Great Elephant Census shows there is no time to lose: bold, urgent action is needed to tackle the poaching crisis.

Divisive debates at CoP17 over these three trade proposals will not help. WWF believes they will only serve to divert attention away from critical debates about measures, including strengthening the National Ivory Action Plan (NIAP) process, to deal with the fundamental issues behind the illegal ivory trade – corruption, inadequate laws and lack of enforcement along the illegal trade chain, along with rampant demand in Asia.

Initiated at the last conference, the NIAP process is absolutely central to global efforts to stop the poaching and the trafficking, and reduce demand for ivory. It required the 19 African and Asian countries most implicated in the illegal ivory trade to take concrete time-bound actions to address gaps in their legislation and enforcement or face sanctions. And it is now beginning to yield results.

But these gains are fragile. The conference must compel these countries to implement their ivory action plans rigorously. If not, they must be held accountable and face the threat of trade sanctions under CITES. Parties should also agree to tough decisions to discourage consumption and close down the world’s few remaining commercial domestic ivory markets.

If the world unites at this conference behind this robust approach, it will go a long way to tackling the demand fuelling the poaching crisis and the organised criminal networks driving it.

The international ivory trade is already banned. Let’s not mess with it and instead focus our combined efforts on what will make a concrete difference for elephants in the years ahead. DM

Photo: A Kenya Wildlife Service (KWS) worker carries a tusk of an elephant as they offload them from a container to a burning site at the KWS headquarters in Nairobi, Kenya, 20 April 2016. Containers loaded with ivory tusks from various parts of the country such as Mombasa, Voi, Nanyuki and other places are being offloaded at the burning site ahead of the ivory burning event on 30 April 2016 where 105 tonnes of ivory is set to be burned. This would be the single biggest haul ever to be burned. EPA/DANIEL IRUNGU