Analysis: For Hawks and NPA some crimes are more of a p...

Analysis: For Hawks and NPA some crimes are more of a priority than others 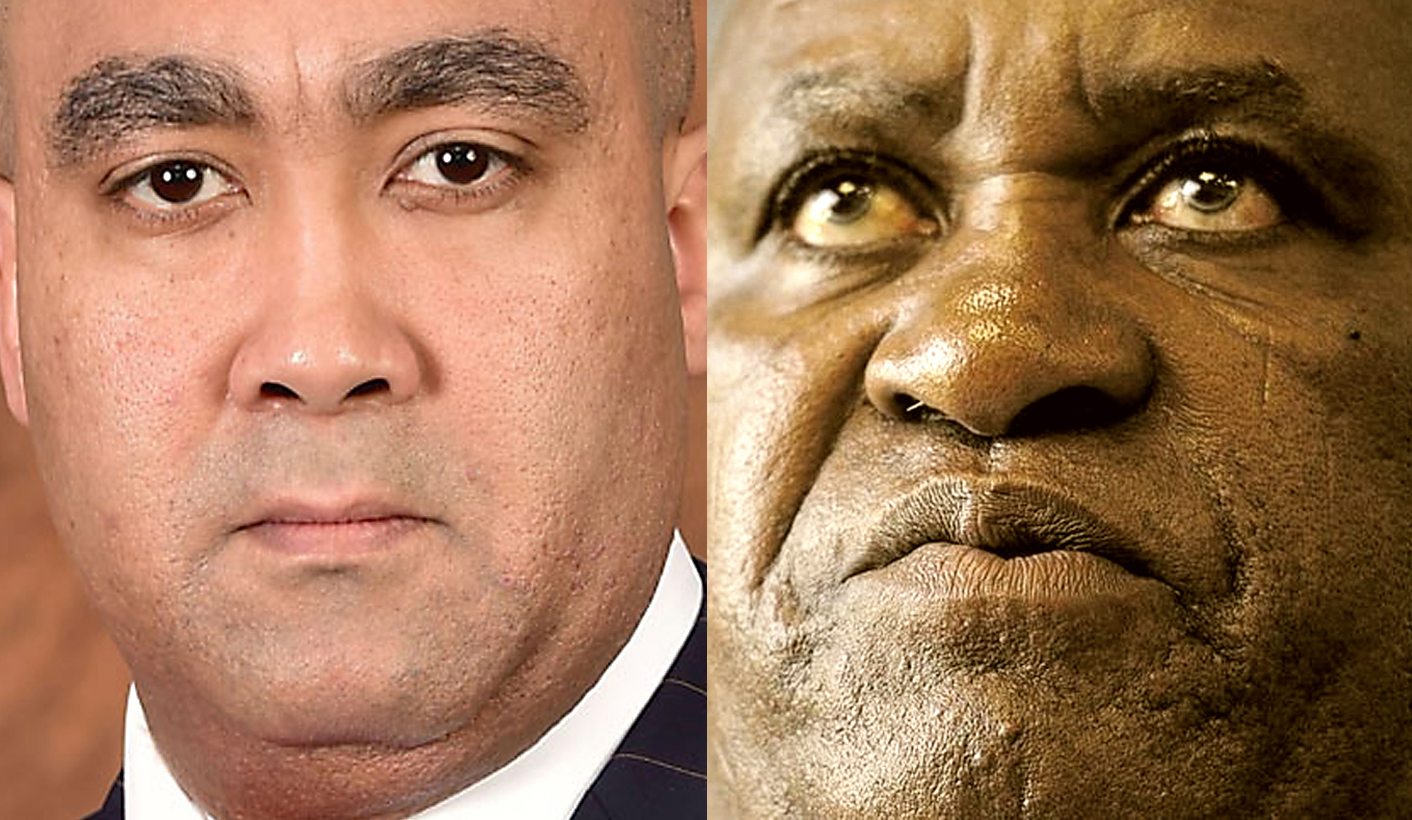 Call it political Tourette’s, but on the same day that ratings agency Moodys reduced the possibility of a credit downgrade for South Africa, Hawks head, Lieutenant General Mthandazo Berning Ntlemeza, used the Gupta family platforms ANN7 and The New Age to hint, yet again, that Minister of Finance Pravin Gordhan is about to be arrested. Ntlemeza said he was tired of people “making a noise” when it came to Gordhan but not about other “high-profile people” the Hawks were investigating. In that spirit Daily Maverick asked the Hawks and the NPA to provide feedback on some of the country’s biggest priority crimes. By MARIANNE THAMM.

In the space of about two days several significant inter-related dramas played out on the political football field. One was the revelation that Minister of Police Nathi Nhleko’s appointment of General Ntlemeza to head the Directorate for Priority Crimes Investigation, as it stands right now, does not pass legal muster. This all because the Minister of Police had been tardy about informing Parliament. So tardy in fact that it has taken a year and a prompting from the opposition Democratic Alliance for him to pull finger.

Those in the security cluster who currently act as President Zuma’s Praetorian Guard would have been down one very, very willing soldier. And it all comes at a most inopportune moment when two others in Zuma’s formation, NPA deputy head Nomgcobo Jiba and Specialised Commercial Crimes Unit head Lawrence Mrwebi, are sitting it out on the benches after the North Gauteng High Court ruled on September 15 that both should be struck from the Roll of Attorneys. Jiba and Mrwebi have since been suspended.

Just how willing Ntlemeza is to do the job was made clear on Wednesday when the Gupta-family-owned ANN7 broadcast a 30-minute interview with the Hawks head suggesting “the Hawks have a very comfortable case against the Finance Minister Pravin Gordhan” and that he “will not reveal any evidence regarding the case in public”.

“It is what they are saying. They don’t know what I am having and I am not obliged to tell the people of this country what I am having,” Ntlemeza told former model and Johannesburg’s 2010 Hottest-Chick-turned-journalist Abigail Geneve’ve (sic) Visagie.

During the interview several rotating banners scrolled across the screen next to a “Prime” tab including “Hawks boss: Nobody is above the law”, “Ntlemeza stares Gordhan in the eye?” (question mark courtesy of ANN7 writers), the ominous “I will never reveal my next move” and “Hawks very comfortable with the case” (in case you missed it in the intro).

The tone of the banners is clearly meant to suggest that something big is about to happen. Visagie then asked Ntlemeza her leading question “You say you are a very reasonable man, does that come into the fore when asked the question why the Minister of Finance has not been arrested as yet? A lot of people are asking what is the hold-up, why has the Minister not been arrested?”

“Why they don’t ask me about other high-profile people? What is important about that question? Why that question is so important? Because if I can show you, I am having a lot of cases but people they don’t come with when are you going to arrest this person?”

At present the Hawks and the NPA are dedicating considerable resources to the “rogue unit” investigation probing various iterations of the National Research Group (NRG) set up in 2007 as well as an amount of R1.2-million with regard to a pension payout to former Deputy Commissioner Ivan Pillay.

There is heavy firepower invested in this particular case which is being handled by major hitters including Ntlemeza, head of the Hawks Crimes Against the State Unit, Brigadier Nyameka Xaba, three colonels, NDPP head Shaun Abrahams, head of the National Priority crime litigation unit Dr Torie Pretorius and his Senior Deputy Chris Macadam, as well as senior advocate Sello Maema.

We took up Lieutenant-General Ntlemeza’s challenge and asked the Hawks and the NPA about the status of a few high priority crimes in South Africa, what had become of them and when we could expect arrests.

On Wednesday September 21, Daily Maverick sent questions to the Hawks and the NPA with regard to the following cases:

We would add it all up but the office calculator can’t deal with all the noughts. Suffice to say it would amount to way, way more than the tertiary education increases in South Africa.

At the time of writing neither the Hawks nor the NPA had responded to our questions. We do understand, they are preoccupied with the greatest priority of all, Pravin Gordhan.

Another priority crime against the state really worth investigating is the revelation that Lonmin’s key negotiator during the 2010 platinum belt strikes was Barnard Mokwena, a State Security Agent. And then there’s the evidence that a bogus union was set up under President Jacob Zuma’s instruction to diminish and counter the influence of AMCU. In this case the President himself could be said to have abused state resources to undermine a legitimate trade union.

Nothing appears to have come of any of these cases.

Meanwhile, over on Fin 24 journalist Matthew le Cordeur revealed on Wednesday that international public relations and reputation management firm, Bell Pottinger, which represents the Gupta-owned Oakbay Investments, knew about Minister of Mineral Resources Mosebenzi Zwane’s call for a judicial inquiry into South Africa’s banks at least seven weeks before the minister announced these on September 2.

Talk about an inside track.

Ntlemeza’s appearance on ANN7, accompanied by a front page story in the New Age titled “Intelligence shake-up looms”, extensively quoting Ntlemeza, had all the makings of a staged PR event (although clearly not a professionally produced one) and a rather clumsy attempt at mopping up after Minister of Police Nathi Nhleko’s embarrassing misunderstanding of his office’s duties and obligations. That, as well as creating the notion of potential threat.

All this in the same week that ratings agency Moodys announced that there is a reasonable chance South Africa would avoid a devastating downgrade in November.

Meanwhile, President Zuma, who appears to be stalling on signing the Financial Intelligence Centre (FIC) Amendment Bill, has been warned by the Council for the Advancement of the Constitution (CASAC) that he is in danger of breaching the country’s Constitution. The bill was passed by Parliament in May last year.

The President has stalled on signing the bill because of a constitutional objection lodged by the Progressive Professionals Forum, established by former government spokesperson Mzwanele Manyi.

It was the FIC, a banking regulator and supervisory body, that picked up the alleged suspicious transactions and the movement of money through the personal accounts of SARS No 2 Jonas Makwakwa and his partner Kelly-Ann Elskie. SARS Commissioner Tom Moyane has blamed the FIC for his failing to act on the information on Makwakwa, which he was given in May.

Former Minister of Finance Trevor Manuel has said that President Jacob Zuma would be violating his oath of office in failing to sign off the bill. That too might rank as a crime against the state, come to think of it. DM