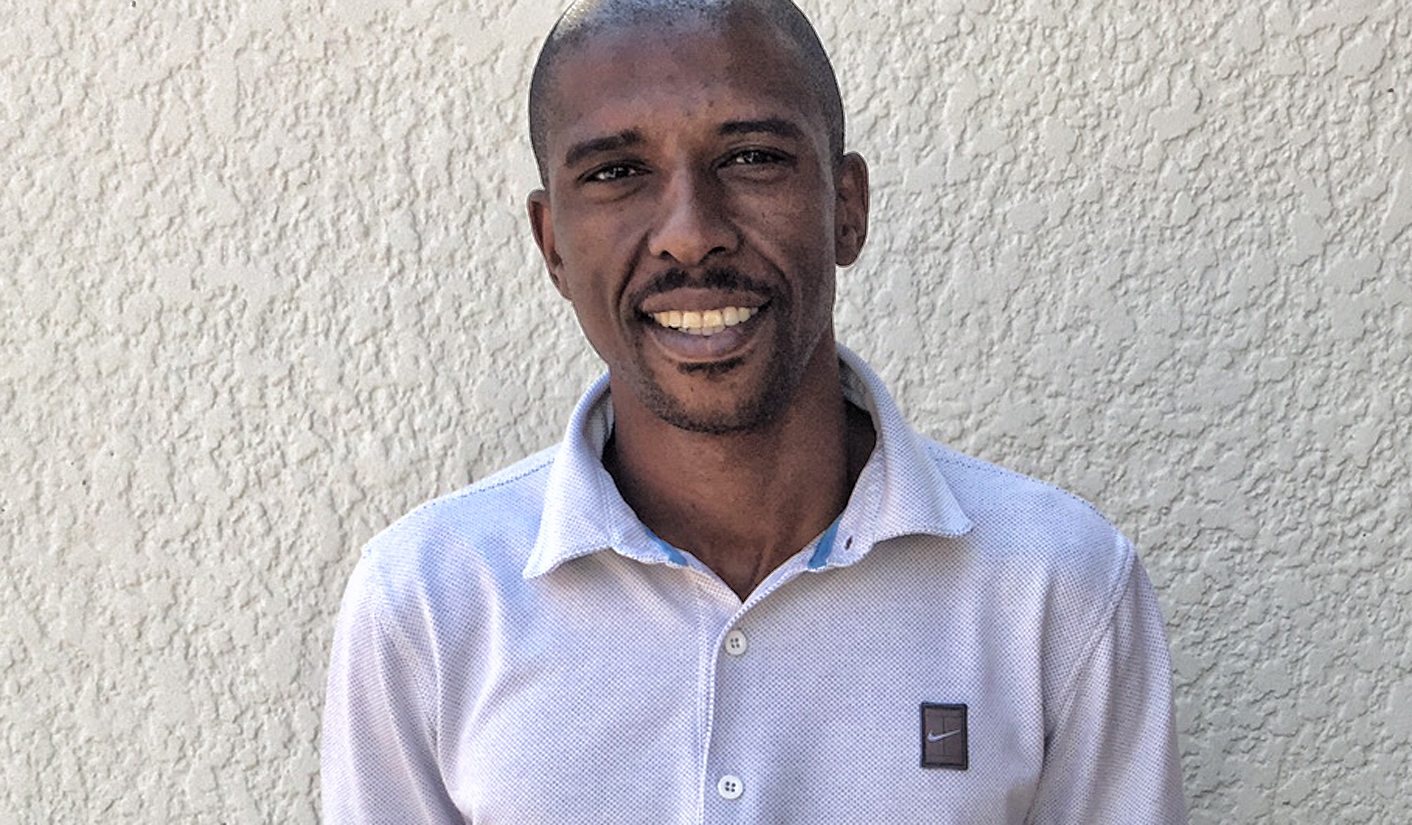 After spending nearly 11 long years behind bars for the gang-rape of 24-year-old Mpho Suping, Sabelo Ngani was released on parole from the Johannesburg Correctional Centre last month while still loudly protesting his innocence and claiming he had been wrongfully convicted. By CAROLYN RAPHAELY.

Carolyn Raphaely is a member of the Wits Justice Project (WJP) which investigates miscarriages of justice related to the criminal justice system. The WJP is based in the University of the Witwatersrand’s journalism department. Raphaely recently spent time as a guest of the University of Cincinnati’s Ohio Innocence Project.

“My conscience is completely clear,” Sabelo Ngani told the Wits Justice Project (WJP), “I’m not a rapist. Absolutely nothing links me to this crime except the claimant’s testimony.”

Sometimes truth is stranger than fiction. Though Suping testified in open court that Ngani was the first of six men to rape her, his three co-accused all arrested at the crime scene in various stages of undress – one of whom was forcibly removed from on top of Suping – testified that Ngani wasn’t present.

According to Constable Colin Sithole, Suping, the victim, was “heavily under the influence and couldn’t speak” and “totally drunk” when he took her to hospital shortly after the rape. This meant he was unable to obtain her statement until the following day when Sithole arrested Ngani at home. What’s more, DNA tests were inconclusive. No semen was found on three vaginal swabs taken from Suping, nor was any DNA evidence found matching Ngani’s blood or pubic hair.

“The statement of the security guard who called the police to the rape scene next to Florida train station is missing from the docket and he wasn’t called to testify,” Ngani adds.

Nonetheless, in 2007 Ngani was sentenced to 18 years in prison and convicted on the sole witness testimony of the rape survivor.

Now, despite his newfound freedom, Ngani can think about nothing except appealing his case, establishing his innocence and having his conviction and sentence set aside. Though neither SA’s National Prosecuting Authority nor the Department of Justice and Correctional Services keep records of wrongful convictions, anecdotal evidence in the form of letters from inmates received by the WJP and reports from Correctional officials suggest that cases like Ngani’s are just the tip of the iceberg.

In the US, wrongful conviction exonerations are common and no longer major news. Most get little publicity. Last year the US National Registry of Exonerations recorded 149 wrongful convictions – an average of three exonerations a week. And in the last 25 years since the register was established, nearly 1,800 innocent people, serving sentences of life and even death, have been released from prison after being incarcerated for decades.

A former tractor-parts salesman with a mechanical engineering diploma and an IT diploma acquired in prison, Ngani, 39, has protested his innocence from the moment of his arrest to date.

“My mother paid a private lawyer R16,000 in cash which she borrowed to appeal my case. She never got a receipt and the lawyer stopped taking our calls. We had no more money and never heard from him again.”

Nine years after being sentenced and due for parole, Ngani still refused to accept responsibility for Suping’s rape, or show remorse. The conundrum, however, is that in terms of the Department of Correctional Services’ (DCS) Restorative Justice Programme, which all long-term offenders are expected to complete, remorse is almost a quid pro quo for parole.

“The criminal justice system has betrayed me, and failed me,” Ngani says. “I’m a law-abiding citizen and never committed this crime. How could I show remorse for something I didn’t do?

“Showing remorse may not be a legal requirement or compulsory but in practice that’s what the PB requires of long-term offenders, as well as an apology to victims and their families. The lady I was accused of raping is no longer alive – she died of unrelated causes – but even if she was, I was never going to apologise.”

“There was absolutely no benefit in refusing to admit guilt,” he explains. “All that happened was the board said I was disrespectful, argumentative, in denial, my attitude showed the programmes had no effect and I was denied parole. If I told them what they wanted to hear, I’d have been out much sooner.”

Ngani was finally released after lodging a notice of motion in the South Gauteng High Court compelling the board to comply with an earlier court order granting him parole.

“I swear between you, me and God that I never committed this crime,” Ngani told Justice Sharise Weiner during an emotional court-room outburst.

Unable to comment on the merits of Ngani’s case but moved by his insistence that he’d been wrongfully convicted, Weiner referred the matter to the WJP for further investigation. Currently classified as a high-risk parolee and under house arrest, Ngani remains emotional and angry: “I’m still saying I didn’t do this thing because I didn’t…”

Director of the University of Cincinnati’s Ohio Innocence Project (OIP) Professor Mark Godsey says that “in the US, faulty eye-witness identification testimony – caused by errors in human perception and memory – is the single greatest cause of wrongful convictions. Of the first 325 DNA-based exonerations in the US, 75% involved mistaken eye-witness identification testimony. Bad forensic testimony was the second major cause.”

Take for example the case of Ricky Jackson, the longest-serving exoneree in US history. After spending 39 years behind bars for a crime he didn’t commit – including two years on death row – Jackson was exonerated two years ago by the OIP. Jackson was convicted on the testimony of Eddie Vernon, a 12-year-old boy who at 51 finally recanted the story he told the court as a child.

Vernon was persuaded by a priest to admit that he lied to police, prosecutors and juries after being intimidated into giving false testimony. According to Vernon, police told him his parents would be imprisoned for perjury if he told the truth. Meanwhile, Jackson, sentenced to death by electrocution for the murder of a Cleveland businessman, only escaped death on a technicality.

“The same problems we see in the US are present everywhere. Human memory is fallible in SA just as much as it is in the US. Eyewitnesses get it wrong more often than the typical person on the street expects,” Godsey notes. “We must be very cautious, and consider possible innocence, when a case is based on shaky eyewitness identification and other evidence does not corroborate the conviction.”

In addition to mistaken witness testimony, Godsey says other causes of wrongful convictions are malleable memory, corruption, false confessions, unreliable forensics, tunnel vision, confirmation bias on the part of police and prosecutors, and police misconduct. Not to mention bad defence lawyering. And Godsey knows what he’s talking about: Since he established the OIP in 2003, the organisation has investigated thousands of Ohio inmates’ claims of innocence and masterminded 24 exonerations.

In SA, the cases of Thembekile Molaudzi, Boswell Mhlongo and Disco Nkosi, whose convictions were overturned by the Constitutional Court last year with the assistance of the WJP, drew attention to the fallibility of SA’s criminal justice system. The only evidence implicating the men, who had been found guilty on four counts including murder and robbery, was the recanted confession by a co-accused whom a full bench of the North West (NW) High Court described as a “reckless liar.”.

During a bungled probe characterised by incompetent investigation, no gun residue was found, there were no witnesses, no independent corroboration, no fingerprints and no tangible evidence linking them to the crime. All the accused pleaded not guilty but all were convicted and sentenced to life by Justice Monica Leeuw, now North West Judge President.

The men’s appeals were subsequently dismissed by the High Court and the Supreme Court but were ultimately successful in the Constitutional Court. Molaudzi’s appeal was initially dismissed by the ConCourt as well on the grounds that “it had no reasonable prospects of success”. However, he eventually made legal history when the ConCourt overturned its own ruling for the first time and issued his warrant of liberation. The men collectively spent 37 years behind bars for crimes they did not commit.

In all likelihood, there are many more Molaudzis, Mhlongos, Nkosis and Nganis languishing behind the bars of SA prisons. The majority of inmates have no means of proving their innocence, obtaining DNA evidence or any other new evidence, few can afford private lawyers, and Legal Aid lawyers don’t have the resources to conduct investigations on their behalf.

Ngani is hopeful that hunting down the missing testimony of the security guard and further DNA testing will assist in securing his exoneration. Though there hasn’t been a single post-conviction DNA-based exoneration known to the WJP recorded in SA, to date 343 people in the US have been exonerated by DNA testing, including 20 who did time on death row. For example, Steven Avery, subject of the hugely popular Netflix doccy Making a Murderer, served 18 years for attempted murder and sexual assault before being exonerated by DNA evidence in 2003.

Arrested again in 2005 for the murder of photographer Teresa Halbach, Avery continues to loudly protest his innocence and what he claims to be his second wrongful conviction. Only time will tell whether there is any truth in Avery’s extraordinary claim. Coincidentally, the day after Ngani’s release last month the conviction of Avery’s co-accused nephew Brendan Dassey – a 16-year-old boy with an IQ of 70 who was brow-beaten into an involuntary confession by the police – was overturned by a US court.

Only time and the courts will tell whether Ngani’s story is to be believed or if he has been a victim of witness misidentification, poor forensics, shoddy police investigation and a fallible criminal justice system: “My mother says I must just move on and put this behind me but I don’t know how to do that. I can’t begin to explain how much pain I’ve been in since my arrest in 2003. I can’t rebuild my life until I’ve cleared my name. I need to appeal my case and for justice to be served. I’ll take this to the highest court in the land if I have to….”

“Restorative justice programmes are not compulsory and offenders engage voluntarily… Participation in these programmes gets considered by Correctional Supervision and Parole Boards when considering the suitability for parole placement of offenders…. Remorse and taking responsibility for crimes committed, are just some of the factors, which are taken into consideration, when an offender’s possible placement on parole is due.

“When the possible placement of an offender on parole is being considered, various factors are taken into account. They include the offender’s response to rehabilitation programmes, which include participation in restorative justice programmes, the existence and quality of support system in the community and their families…, the probability of re-offending, the risk such an offender may pose to the community at large, as well as the risk to the victim/s… These factors are considered by the Case Management Committee as the basis for its recommendation to the Parole Board to take a decision, or further recommend to other delegated structures…

“According to restorative justice values and principles an apology from any offender has to come voluntarily, no one should be coerced or forced….” DM

Peter Luhanda for GroundUp
Save 3 mins