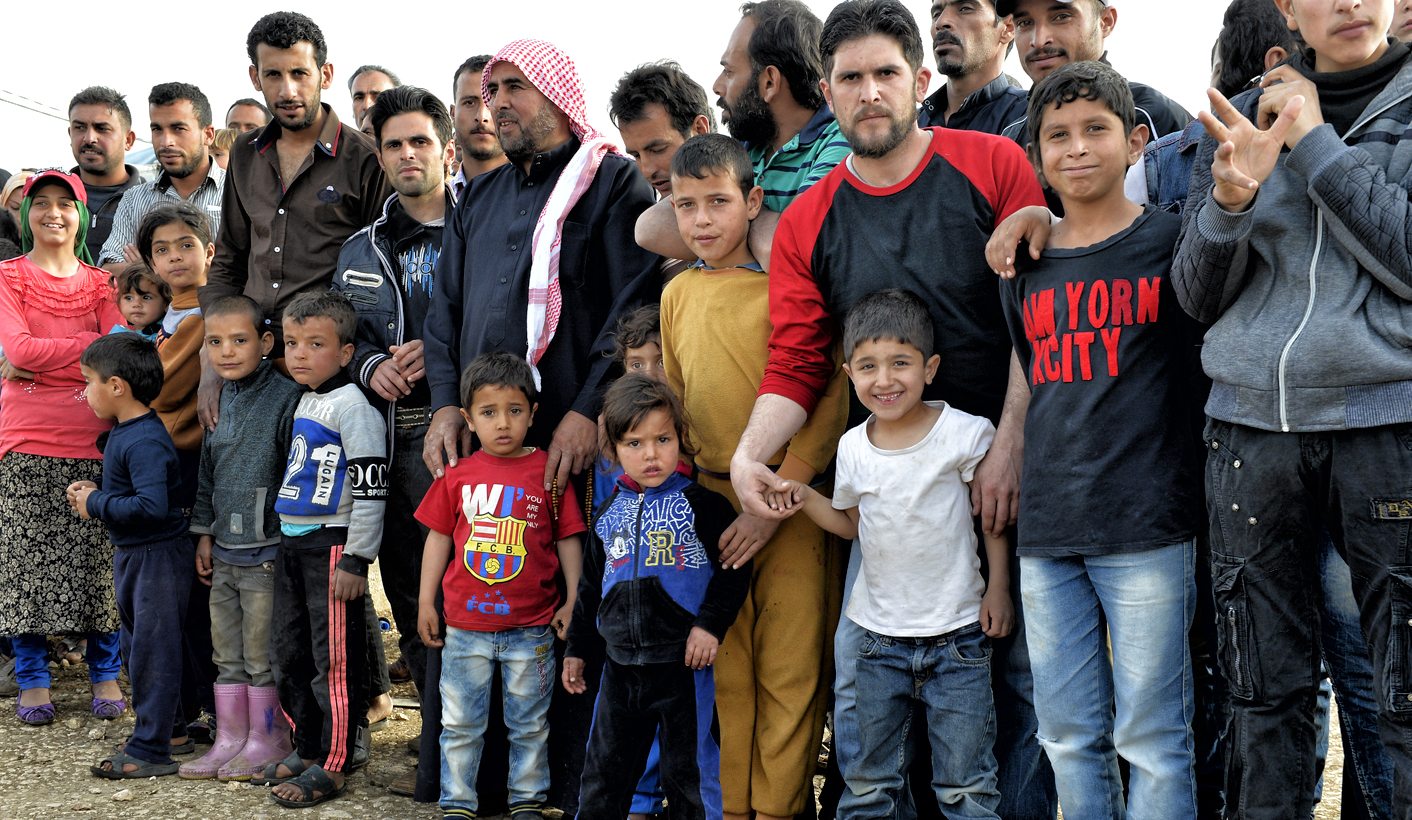 Lebanon hosts about 1.5-million Syrian refugees, more per capita than anywhere in the world. International support is needed to keep this fragile country from reaching breaking point. By Sahar Atrache for INTERNATIONAL CRISIS GROUP.

Lebanon, a small country whose population once hovered around 4-million, has gained an astounding 1.5-million more residents in under four years, mostly refugees from neighbouring Syria. By contrast, the US government proudly announced that it reached its target this year of granting asylum to 10,000 Syrians – to be settled in a population of more than 320-million – in the face of opposition from citizens worried about a flood of refugees and migrants.

Any serious attempt to deal with the global refugee crisis should acknowledge these startling disparities. The UN and US are hosting back-to-back summit meetings on the refugee emergency on 19 and20 September in New York, but advocates are pessimistic that the discussions will result in more equitable resettlement among the world’s richest countries or adequate support to frontline states.

To frame an international response commensurate with the Syrian catastrophe, it is vital to understand what is happening in a frontline state like Lebanon. As the Syrian war escalated, Syrians began fleeing primarily to neighbouring Lebanon, Jordan and Turkey. Lebanon, in particular, received the swiftest and largest refugee influx in its history. Around one-million are registered with the UN High Commissioner for Refugees (UNHCR), while an additional 500,000 unregistered refugees, migrant workers and wealthier Syrians have melted into the local population.

Such a sudden influx would pose a big challenge to any country, but Lebanon is without an effective government or significant resources, and has historically been unstable. Its resilience so far in the face of this shockwave is therefore remarkable. Yet the inflow has exposed a series of worrying fault lines.

The state’s endemic dysfunction is glaring: Syrian refugees arrived in a country sunk in a deep malaise. In recent years, Lebanese politicians have been unable to agree on electing a president or holding parliamentary elections, or even on a policy to collect garbage from city streets, whose pungent smell wafted through the capital last year. In view of such a dismal state of affairs, seeing the government implement a policy to address the refugee crisis would have been nothing less than a miracle.

Beirut’s default response of inaction has had serious consequences. In the absence of official camps established specifically for refugees, the majority of Syrians have sought shelter in Lebanon’s most deprived areas. This has put new strains on places that already lacked infrastructure and whose population was already struggling. Gradually, and not surprisingly, host communities have become resentful toward the refugees. In turn, many Lebanese officials have used the refugee issue to deflect criticism for the state’s failings, further feeding tensions.

Changing demographic realities are another source of concern. The arrival of refugees who are, for the most part, Sunni Muslims, has alarmed Christians, Shias and Druze eager to preserve a delicate sectarian balance in a multiconfessional political system. Even Lebanese Sunnis, however, share their compatriots’ concerns about an enduring refugee presence. The refugee crisis has produced an uncommon consensus among Lebanon’s communities: everyone blames the Syrians for the country’s many ills.

Add to this Lebanon’s history with Palestinian refugees, estimated at 300,000 to 400,000 and mostly living in camps created after 1948. What was envisioned as short-term refuge turned into a seemingly permanent exile for these Palestinians, whose militarisation became a major trigger for the civil war of a generation ago. As the Syrian war continues without an immediate end in sight, there are concerns that Syrian refugees may likewise become a long-term presence.

The spectre of renewed conflict has led the Lebanese authorities to adopt a heavy-handed security approach towards the refugees. They have repeatedly raided whatever encampments exist and arrested hundreds of men. Moreover, they have allowed local councils to impose discriminatory measures, such as night-time curfews, on Syrians.

Lebanon needs help to cope with the refugee crisis, both to aid Syrian refugees and to preserve the unity of the state. What refugees need most immediately is an easing of visa requirements to regularise their status. The international community should focus on long-term development projects that would benefit both Syrians and deprived host communities. Moreover, it should condition any security assistance to the army and police – the only functioning parts of the state – on the conduct of these forces toward the refugees in a manner consistent with international law and human rights standards.

If the world stands by as Lebanon dissolves under the extraordinary burden it has shouldered with remarkable magnanimity, we may be confronted with a much greater international refugee crisis – as well as new rounds of violence, which in turn will generate more refugees. DM