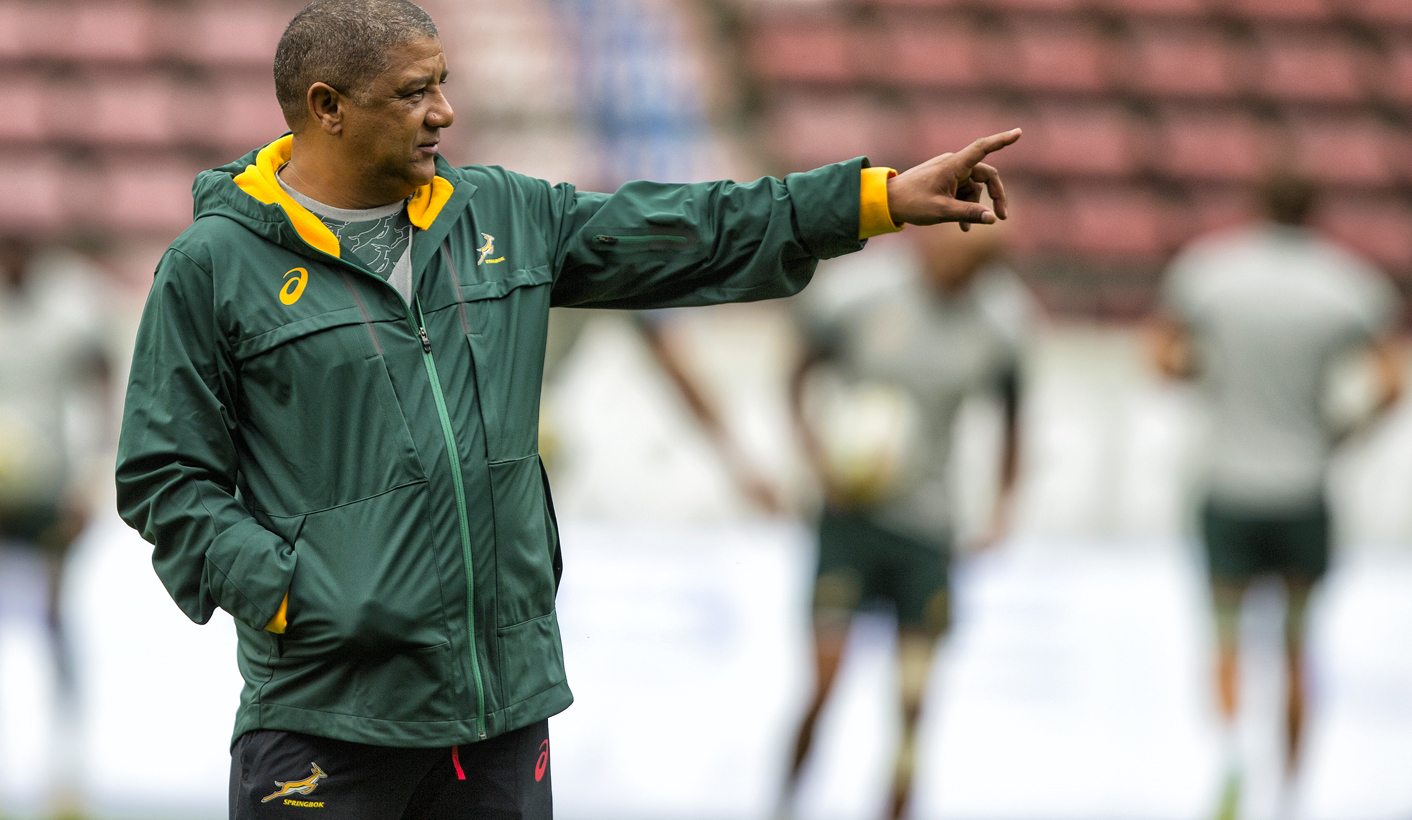 Another weekend, another defeat. South African rugby fans are starting to feel lik it felt to be an England rugby supporter until Eddie Jones took over. Coach Allister Coetzee has said he has a lot to think about in the coming weeks. But, there’s a 'but'. By ANTOINETTE MULLER.

Not even the most ardent and delusional fans of South African rugby would have expected the Springboks to beat New Zealand when the two teams met in Christchurch on Saturday. In fact, even the most ardent fans might have expected the result to be much, much worse than the 41-13 scoreline the Boks suffered. Such is the dominance of All Blacks rugby at the moment that, even when the team never seems to kick out of first or second gear and their play is riddled with errors, they still come out miles ahead of their opposition.

New Zealand have not lost a match at home since 2009, a record that stretches to 44 matches. But, even with such dominance taken into account, the Boks cannot shrug their shoulders and say that they were simply outplayed.

Basic errors cost South Africa on Saturday and the frustration with these “schoolboy errors” was evident on the faces of the bench and coach Allister Coetzee afterwards.

“Maybe some of the players are not ready to play at this level,” Coetzee added.

Jantjies must feel so bitterly frustrated with the whole situation. His form at Super Rugby level was what elevated him to the Boks. Fans who spent months upon months calling for the Boks to select “form” players, initially hailed Jantjies’ selection as a sign of the changing times, but he has since turned into a scapegoat for all that is wrong with Springbok rugby.

Fortunately for the flyhalf, the coach seems to have a more grounded approach. Something which Malcolm Marx, who although good with the ball carrying was poor with throwing in the lineouts, might also be pleased to hear.

“We shouldn’t, however, have a knee-jerk reaction. No players go out there to deliberately make mistakes, so you don’t want to break them either. For many this was their first time playing against the All Blacks in New Zealand and the fact is this is a brilliant New Zealand team.”

Coetzee also reiterated something which has been said elsewhere for quite some time: the gap between South Africa’s domestic rugby and international level seems to be quite a daunting one to cross. Overwhelmingly, though, Coetzee does seem to be convinced that he has the best players at his disposal – it’s the execution of those players’ skills that has irked him.

“But yes, this is also what international rugby is about. It’s tough to lose, but there will be consequences. We are an impatient nation and there is no doubt there is a difference between the Currie Cup, Super Rugby and Test rugby.

“If I have to make changes I will, but at the moment there are not better players. But it is unacceptable that so many schoolboy errors were made.”

The question that now remains is whether Coetzee will actually go ahead and change things up. His words – which caution against “knee-jerk” reactions – seem to suggest otherwise. Many are of the opinions that seven tests into his tenure these changes should have happened already. Others feel that the errors that continue to plague the Boks are something that needs to be coached out of them and this is where his support staff needs to come to the party.

If they don’t, then perhaps the coach will call in the cavalry as he was promised when he assembled his backroom entourage. At the time, the bosses at SA Rugby confirmed that Coetzee will “be able to call on the assistance of consultants when the need arises during his tenure” and it might just be time to send an SOS to whoever is willing to listen.

This malaise is, of course, not exclusively Coetzee’s problem. Rather, it seems as if the simmering pot of years of mediocrity which could have been disguised in the days when bish, bash, bosh sufficed, but just won’t do as teams start to play smarter and harder without exclusively relying on size. Unfortunately for Coetzee, he is the one currently stirring the pot.

For now, though, with New Zealand having wrapped up the Rugby Championship already, the Boks and Coetzee just have to get out of this hole without embarrassing themselves. The coach has already claimed the dubious honour of having lost against every international side he has played against in his first few months in charge. He has added to the ever-growing list of historic “firsts” which started to balloon under Heyneke Meyer and when the Wallabies and the All Blacks come calling on home soil next month, he’d best crack the whip to try to force some firsts on the positive side of the coin. DM