Party politics the Kenyan way as politicians prepare for 2017 poll 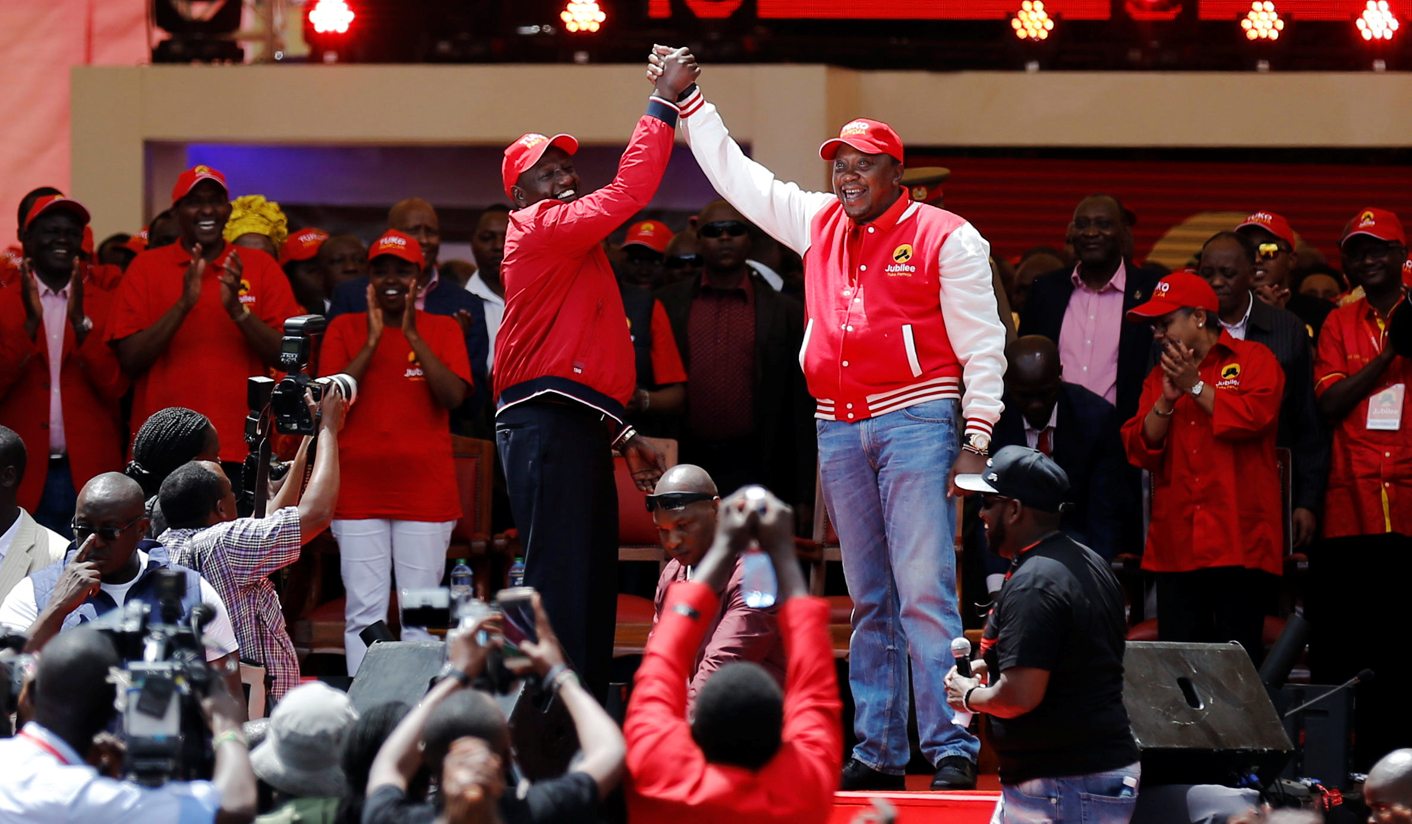 Both of Kenya’s major political groupings were in party mode last weekend, hosting lavish celebrations in a bid to consolidate support ahead of next year’s presidential elections. By NJERI KIMANI.

If money could buy votes – and, let’s face it, it can – then the newly formed Jubilee Party is in poll position for the 2017 presidential election. The Jubilee Party was created from the former Jubilee Alliance, a coalition of smaller parties that helped President Uhuru Kenyatta and his deputy, William Ruto, into office in 2013, and was launched last weekend in a lavish three-day bash that cost a whopping two billion Kenyan shillings (that’s $19.7-million, or R283-million).

So what kind of party does two billion shillings buy you these days? There was music, there was dancing, and there were plenty of speeches at the Moi International Sport Complex in Kasarani, a Nairobi suburb. There were also 47 shiny new Land Cruisers to prowl around the city – one for each of Kenya’s counties – and a whopping 20,000 shillings in cash ($197, R2,800) for each of the estimated 500,000 delegates who attended.

The new party also unveiled a new, luxuriously appointed nerve centre in the heart of Nairobi, the eight-storey Jubilee House.

President Uhuru Kenyatta – also Kenya’s richest man, which might explain how a new party pulls off such an extravagant launch – described his newborn baby as a new era in Kenyan politics, terming it an expression of “our unity, our oneness, our togetherness”. The visibly emotional president pledged that the Jubilee Party will prevent Kenyans from going through post-election violence as witnessed in 2007/2008. “The pain of the past means that all of us have to work for reconciliation,” he said.

Kenyatta was charged in the International Criminal Court for crimes against humanity in relation to the 2007/2008 post-election violence, in which more than 1,000 Kenyans were killed. Those charges were dropped, due to lack of evidence and there being no co-operation by the Kenyan government, in March 2015.

Not all of Kenyatta’s allies were in attendance at the extravaganza. Key party officials, such as tourism cabinet secretary Najib Balala and water cabinet secretary Eugene Wamalwa (who is also the party candidate for Nairobi governor) were notably absent.

These outspoken Jubilee figures, who held key positions in the current government, deliberately shied away from the launch to avoid being criticized by Kenyans. The constitution does not allow for ministers to engage in active politics.

Top Kenyan musicians including Jaguar, Bahati and Mercy Masika graced the occasion, with reports suggesting they were paid five million shillings each (R700,000).

Opposition leaders were quick to criticise the Jubilee Party spending, with some demanding an audit into where the funding came from. Others said the money could have been better spent on addressing Kenya’s high poverty rates and poor health system.

The timing of this criticism was unfortunate, however, given that the Orange Democratic Movement (ODM) – the major party in the opposition Coalition for Reforms and Democracy (CORD) – was hosting a lavish party of its own at the exact same time.

The ODM celebrated its 10-year anniversary by flying delegates to a huge rally in a public park in Mombasa, complete with multimillion shilling performances from local musicians and 47 vehicles branded in ODM’s signature orange.

ODM leader Raila Odinga, who is also the current head of CORD, pledged to work towards strengthening the coalition by welcoming more parties to join them as they geared up for next year’s general elections. “This is the only opposition (that) can win in next year’s elections,” he said in his speech.

Odinga also took a dig at the perceived values of the Jubilee Party supporters at the launch in Nairobi. “Today we are here to say thank you to those who have showed up without asking for money, without asking whether it is safe, for transport, for food, when the party has called on you to respond to the distress call of our nation,” he said.

Kenya is scheduled to hold its next general election on 8 August 2017, a little under a year from now. The country’s electoral commission chief has said it will probably be the most expensive election in Kenyan history – and on this evidence, he does not seem to be wrong. DM

Photo: Kenya’s President Uhuru Kenyatta (R) and his Deputy William Ruto (L) greet as they salute supporters at the Kasarani stadium during the official launch of the Jubilee Party ahead of the 2017 general elections in Kenya’s capital Nairobi September 10, 2016. REUTERS/Thomas Mukoya