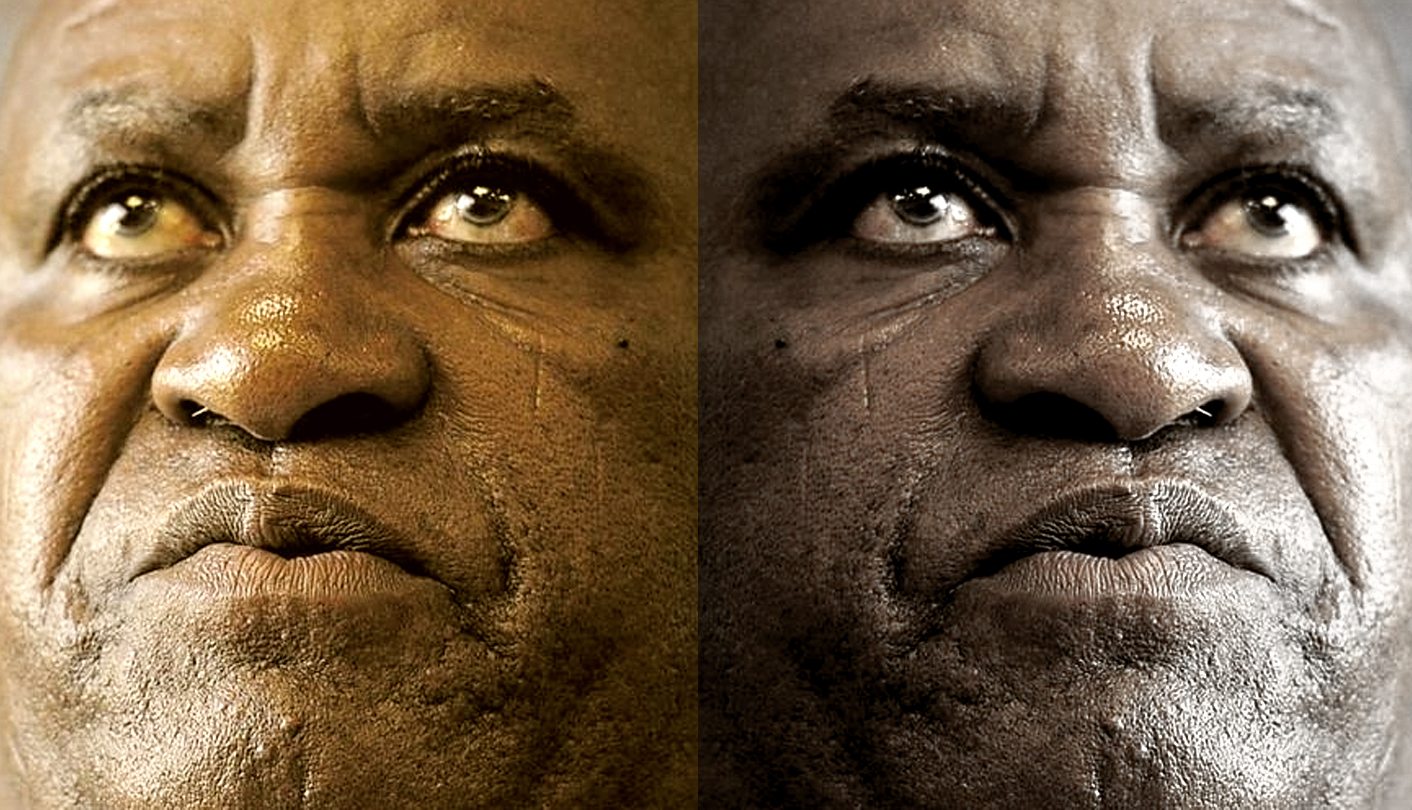 ANC MPs Vincent Smith and Nyami Booi were on fire during Wednesday's presentation by the Anti Corruption Task Team, chaired by Hawks head, Lieutenant-General Mthandazo “Feel the Bern” Ntlemeza, to Scopa. Ntlemeza was hanged, drawn and quartered and so out of his depth that NPA deputy and ACTT co-chair Nomgcobo Jiba ended up having to whisper in his ear. Speaking of corruption, SARS Commissioner Tom Moyane, who also put in an appearance, denied that he had spoken to Ntlemeza about his N0 2, Jonas Makwakwa’s suspicious financial activities, including his camera debut allegedly stuffing cash into an ATM. By MARIANNE THAMM.

Who is this ANC? In the National Assembly, members of the ruling party are cowed and docile. They do as they are told. These are the members who were slammed by the Constitutional Court for failing to hold the executive to account, particularly with regard to President Jacob Zuma’s Nkandla splurge. They are the members who have seemingly closed ranks around Jacob Zuma, the “voting cattles”, as EFF CIC Julius Malema enjoys goading them.

Yet on Wednesday two ANC members of the Standing Committee on Public Accounts (Scopa), Vincent Smith and Nyami Booi, stood out for their relentless and vociferous questioning and criticism of the work and accomplishments (or lack thereof) of the Anti-Corruption Task Team (ACTT) which had come to account to Parliament for the first time.

This the ACTT did through its hapless chairman, Lieutenant-General Mthandazo Berning Ntlemeza, current controversial and tenuous head of the Directorate for Priority Crime Investigation, or the Hawks.

Booi and Smith lashed out at Ntlemeza and the ACTT for what they termed a “generic” presentation. At one point Booi told Ntlemeza, “You are not making sense to us”, adding, “Give us a sense that the big fish is being fried or no fish is being fried.”

There is only one big fish in this pond and it is President Jacob Zuma, but Booi surely wasn’t referring to the President who had only the day before been called “dishonourable”, “a criminal” and a “thief” during a question session in the National Assembly?

That was the problem with Ntlemeza and the ACTT’s presentation. It was riddled with dog whistle politics and silent elephants in the room. Sitting in the benches of the committee room along with Ntlemeza was SARS Commissioner Tom Moyane (SARS is part of the ACTT) and the NPA’s Deputy Director Nomgcobo Jiba (NPA Head Shaun Abrahams is in Ireland) who eventually had to slip in alongside Ntlemeza and whisper in his ear.

“I am lacking… we are now swimming,” Ntlemeza exclaimed at some point after being grilled and unable to reply coherently.

Ntlemeza, Moyane and Jiba, all known to be allies of President Zuma, have also all been at the forefront of hounding Finance Minster Pravin Gordhan and other former SARS executives for their alleged involvement in a “rogue unit”.

Moyane too surely must have thought, as he sat there listening to the staggering total of R10-billion that has been lost through fraud and corruption in government departments, of his own No 2, Jonas Makwakwa, and the allegation that suspicious amounts of money – around R1.2-million – had been moving through Makwakwa’s private bank accounts for some time.

Honourable Booi was having none of it, telling Ntlemeza and the ACTT that it had a “political responsibility as you are seated here. Our people are complaining outside. We would not have called you here if South Africans were happy. They are disappointed in government, that government is not fighting corruption.”

(NB: Booi himself was convicted for fraud in the Travelgate scandal of 2009.)

This was the ACTT’s first appearance before Scopa and Ntlemeza kicked off by haltingly reading through his presentation which revealed that a staggering R10-Billion had been lost to fraud and corruption in government departments across all nine provinces, with Gauteng achieving pole position with R4.7-billion of public funds missing from the coffers. North West came second with R1.6-billion wasted, followed by Limpopo with R1.3-billion. Overall a total of 462 officials were involved in this large-scale looting.

The ACTT provided no information on the around R25.6-Billion in irregular spending by State Owned Enterprises, 72% of which was found to be non-compliant with legislation.

Themba Godi, Scopa chair, said that generally “SOEs are in chaos and in the news for all the wrong reasons. They’re like the milking cows, but all you have given us pertains to [government] departments.”

Ntlemeza and the ACTT were ordered to report on SOEs by next Wednesday, providing details of the identities of those convicted, the status of investigations, and amounts involved. (That should be worth waiting up for.)

The ACTT was established in 2010 in order to “fast-track” investigations and prosecutions for corruption in the public and private sectors. Members include the National treasury, The Development Bank of South Africa, State Security, The Special Investigating Unit, the South African Revenue Service, the Financial Intelligence Centre, the National Prosecuting Authority, the Hawks, the South African Police Service, the justice department, Government Communication and Information System, the  national intelligence co-ordinating committee, and the department of monitoring and evaluation.

Representatives of only six of these bodies attended Wednesday’s briefing with those absent failing to provide any reason, a situation which clearly displeased Godi. Twenty-two members of the various entities that form part of ACTT flew to Cape Town for the Scopa presentation while only five ended up doing the talking.

Since its inception in 2010 the ACTT has uncovered irregular expenditure of R25-billion per year which adds up an eye-watering R150-billion over six years. Its success rate is the recovery of only R10-billion with 399 government officials arrested and found guilty since 2014. Departments with the most tender frauds Scopa heard were Public Works, Health, Education, and Rural Development departments.

The team, said Ntlemeza, had dealt with 189 cases, 68 of which had been finalised, with 77 still under investigation.

Smith said that the figures suggested that the Task Team’s success rate was 28%.

“Someone must explain that to me. I think that less than 30% you can’t even pass matric in South Africa. And that is your success rate if your figures are correct,” said Smith.

Jiba came to Ntlemeza’s rescue, requesting an adjournment so that the questions from committee members could be spread around other members of the task team.

Smith supported Jiba’s suggestion saying that the Task Team might feel “ambushed” because they were being probed by committee members, but “if you answer us deliberately lying to us there is going to be a problem. When you answer us in Parliament rather tell us the truth or keep quiet,” he snapped.

Ntlemeza, who is generally not accustomed to accounting to anyone, at least when it comes to his directorate’s hounding of Gordhan, seemed flustered and way out of his depth.

Afterwards, four hours were taken up with Ntlemeza attempting to explain how the committee worked, how regularly it met and what its agenda was. He eventually resorted to calling a “secretary” to give details of how meetings were run but she was just as vague. Jiba and Ntlemeza said that senior officials from the “transversal” team often did not attend, sending junior officials instead.

“The mandate given by the Constitution is quite serious. Now this is shocking when a whole team of officials in government does not take this very seriously,” said Booi.

This was a very strange game being played. On the one hand the ANC was behaving like the “bad cop”, prompting Godi at one point to remark to Ntlemeza that “we are interrogating you like a suspect” and on the other it is the same party that has shown blind loyalty to the President.|

What is on display is a party out of step with itself. Even further evidence of this was the ANC’s head of economic transformation Enoch Godongwana’s backing of Finance Minister Gordhan in an interview with eNCA where he said that the investigation into the tax unit was “concocted” and “politically motivated”.

Godongwana said this pointed to a concerted attempt at removing Gordhan from National Treasury with the end goal of “weakening Treasury’s fight against corruption”. This, he said, was unprecedented in that Gordhan had no control over SARS and that the complaint against him [Gordhan] emanated from SARS itself.

That is the high-pitched sound of dog whistle politics at work. DM