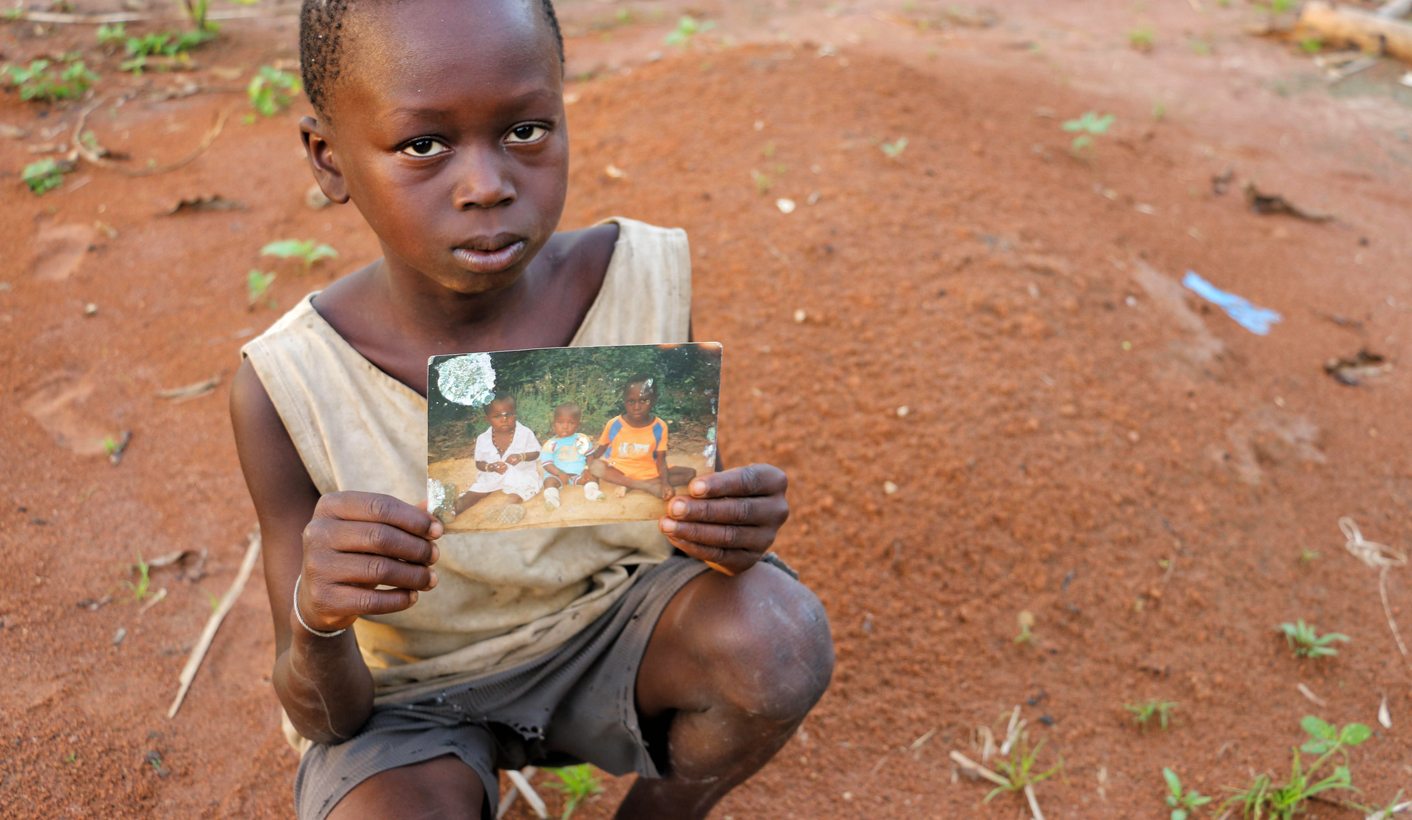 The little mud house is surrounded by four fresh graves. Actually, they can hardly be called graves. They are just mounds of earth, hastily built when the family members started dying of a then unknown disease. By DIDIER MARTIAL PABANDJI.

“It all started when 11- year-old Claude, the second youngest of my seven children, started vomiting and had bad diarrhea,” Marie Chantal recalls. “I bought medicines from a street vendor, but the next evening he was dead.”

Soon after that, more people started dying. First, Alphonsine, Claude’s older sister, who had cared for him while he was sick. Then Christian, a farmer from the nearby village who had come to pay a visit to the mourning family. Marie Chantal lost six family members – four children and two adults – to cholera in a matter of days.

In the remote village that lies along the Oubangui River, none of the 800 inhabitants had ever heard of cholera. They thought Marie Chantal and her family were cursed, and that anyone visiting or helping would die.

As the days went by, people from the neighboring hamlets started getting sick. Some made it to the local healthcare centre, in Ndjoukou, walking 18km with the sick people on their backs, or navigating the river. But not much could be done there: the dispensary, which is the only one in the region of 14,000 people, had no electricity, no toilets, no running water, not even a well to draw water from; the only water source was the river, further down the road.

In the first week, they received 19 patients with the unknown disease.

A few days into the epidemic, the local priest decided to go to the neighbouring town and sound the alarm. He took a motorbike to Sibut, 95km away, on a poorly maintained road made virtually impassable by the rainy season.

On August 1, the first aid team arrived and started investigating the deaths. Local Ministry of Health officials, with Médecins d’Afrique, an NGO, made it to the first village.

“The inhabitants were scared,” says Clément Ouassion, who works in sanitation in the municipality. “They had no idea what was happening. But that is when we realised that there were no latrines in that first village, and only one well. So most people would use the river as their primary water source, but also as a public toilet. That is when we started suspecting that it could be cholera.”

After the mission returned to Sibut, where there is no electricity, and hardly a working cellphone network, it took two more days for the preliminary report to reach the capital, Bangui.

Finally, after further investigations and verifications, the epidemic was officially declared on August 10. By then, it had reached the outskirts of the capital.

The Ministry of Health, WHO, Unicef and partner NGOs immediately launched a joint effort in order to prevent cholera from spreading further.

“Cholera is also commonly called ‘the dirty hands disease’,” says Mohamed Malick Fall, Unicef CAR Representative. “With our partners, we are doing everything we can to provide clean water to the population, and we also have to educate them: cholera can be prevented by using clean water, but also by washing hands with soap.”

Partner NGOs have deployed social mobilisers to the village; they use drawings and pictures to explain that cholera is not a curse, not an act of witchcraft, but a preventable disease.

This is even more complicated in a village where access to information is limited. There has never been a school, there is no cellphone coverage and hardly any radio signals can reach the area.

In Ndjoukou, the local health centre is now receiving support. A well is being drilled and toilets are being constructed. “We are trying to be ready,” says Emmanuel Balizou, the local nurse. “There is no doctor in Ndjoukou – because one day, this disease might come back.”

Weeks after the events unfolded, Marie Chantal and her remaining family members are no longer pariahs in the community, but are still being observed with suspicion by their neighbours. As they sit in front of the house, they hold dearly a faded photograph of their loved ones, the only proof that they once existed: those who died never had a birth certificate. DM