On pain of death: The high price of overlooking palliative care 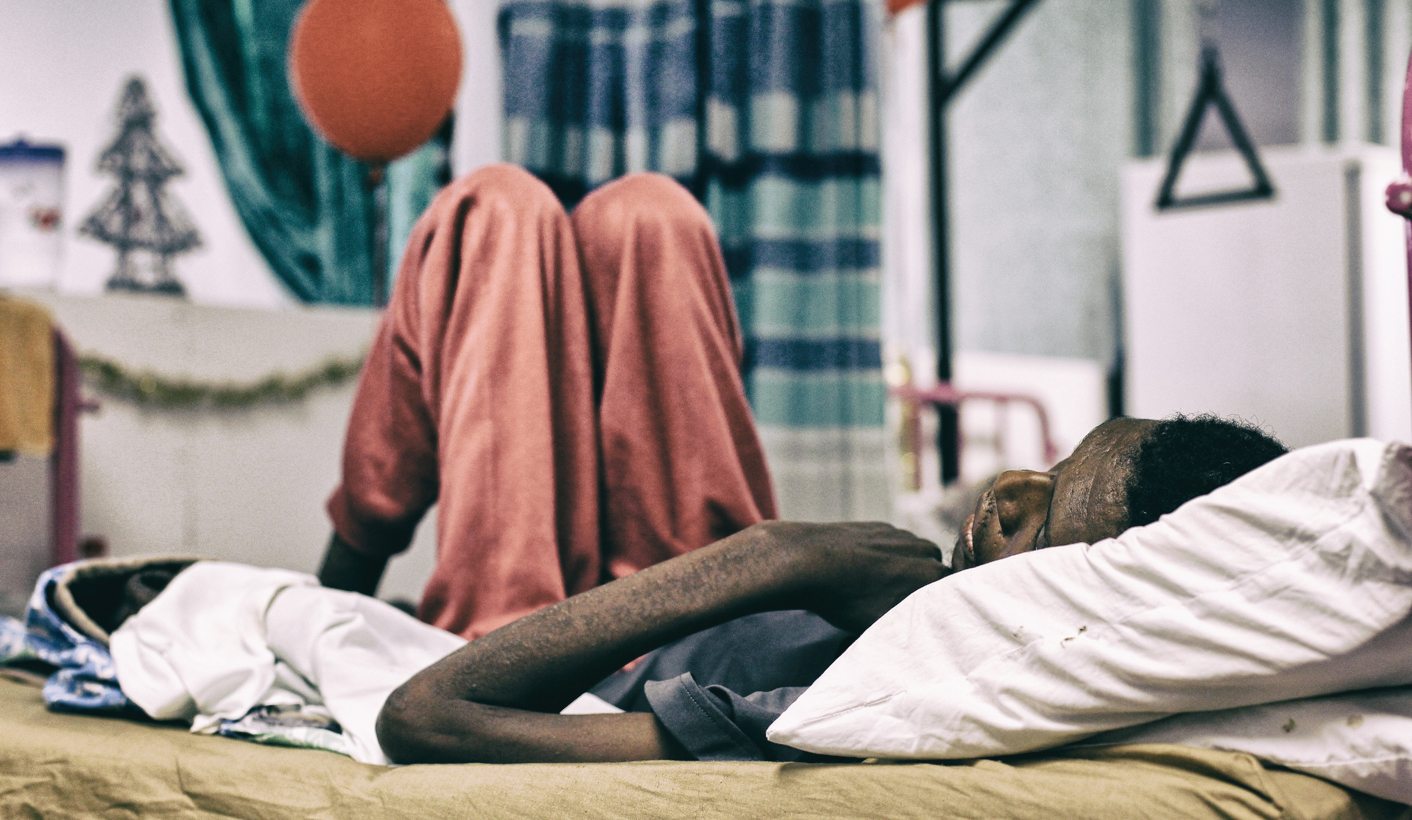 Most people don’t enjoy talking about death, especially their own or that of loved ones. But for those who are dying – and there are many – the notion that death is taboo has very real consequences. One of these is the dearth of palliative care available to those who most need it. By MARELISE VAN DER MERWE.

“One hundred percent of your patients will die [at some stage],” says Dr Jacques Snyman, former professor and CEO of ISIMO Health. “Yet even after years of study, doctors are typically not prepared for that reality. When you study, palliative care is a short module. You’re taught to save your patients.”

Death, suggests Snyman’s account, is viewed as a failure; opting out. Giving up.

But what if the best option for the patient is to improve the quality of their life, rather than its length? What if the patient wants to die peacefully, at home, surrounded by their loved ones?

In the 1990s, a local hospice advertisement used the slogan, “The dying are also the living.”

The euthanasia debate has given prominence to the issue of dignity in death, via a number of widely publicised cases. But for many South Africans, adequate end-of-life support has remained out of reach, despite the fact that palliative care is recognised as a human right by the UN.

Palliative care has been described as “severely neglected” in South Africa, and there is a lack of access to it in public and private healthcare spheres alike. This is largely due to a lack of funds, but also a shortage of facilities and trained medical personnel.

“Most people, because they are poor, die in pain and despair, without receiving the benefits of palliative care that would have prolonged their lives and allowed them to live with a measure of joy, peace and even productivity in their last days,” Rian Venter, director of West Gauteng Hospice, explains.

Put simply, palliative care is often just not prioritised. In South Africa, government funding is already thin on the ground just trying to keep the country’s millions of patients alive. Hospices, where they exist, are generally privately funded. Beyond state healthcare, the situation is better, but not good enough. There are too few staff across the board, and according to Snyman, medical aid funding seldom adequately covers palliative care.

There’s logic behind wishing to direct funds towards treatments that translate into more economically active life-years. But in reality, the very attempt to avoid wasteful expenditure can cause it. Where patients are forced to accept whatever care is financially possible, money and treatment opportunities can flush down the drain.

There is good reason for concern over palliative care. Despite accounting for just 0.7% of the world’s population, South Africa houses 17% of HIV/Aids patients. A report in The Lancet referred to the country’s “quadruple burden” which included high incidences of non-communicable disease. And a 78% increase in cancer is predicted for South Africa by 2030. But most provinces have too few hospices, and two have none at all.

Globally, an estimated 40-million people worldwide require palliative care for life-threatening illnesses, including 2.1-million children. According to the World Health Organisation (WHO), less than 14% of those in need of such care receive it, despite a 2014 study on the vital role palliative care plays in “preserving personhood” at the end of life.

Perhaps most disconcertingly, recent research revealed that many patients – instead of appropriate palliative care – receive aggressive but ultimately useless intervention in their final month of life, despite it providing “nothing but misery”.

“Much more often than not, these types of care at the end of life are not helpful, and they are emotionally and physically harmful for patients, and emotionally harmful to the patients’ loved ones,” palliative care specialist Dr Andrew Epstein said at the time.

Eedes believes a multipronged solution is best. In South Africa, lack of money, a lack of special skills in metropolitan areas, and inadequate training for palliative care at all levels contribute to the problem, so all these factors should be taken into account.

“ICON is trying to encourage the medical schemes contracted to it to have reasonable amounts of funds available for cancer patients requiring home-based care,” Eedes explains.

“We believe that once the money is available, the resources will come. We are also looking at collating a resource list, and encouraging and collaborating with hospice and universities to train and to upskill healthcare staff at all levels.”

At an August conference in Johannesburg, Eedes argued that palliative care should also begin as early as possible, as soon as active life-prolonging interventions cease.

Although the BSC programme, which will be rolled out early in 2017, relies primarily on buy-in from medical aids, Eedes says it’s a solid beginning.

“If [these solutions] do not work we will be no worse off; if they do then we will be some way towards our goals,” he tells Daily Maverick. “We have to start somewhere.”

Redirecting wasted expenditure towards more appropriate treatment may appear a no-brainer. In the public sphere, however, it still presents a significant problem. Yet research – in South Africa and beyond its borders – is increasingly showing that in many cases, funding palliative care is best for patients and bean counters alike.

Spain has saved millions of euros each year by rolling out a more effective palliative care programme in public health. Other international studies show that a large portion of end-of-life costs are for acute care, particularly in the last year of a patient’s life.

According to a Canadian report, the sickest 10% of patients account for nearly 60% of medical expenditure, with about 30% of healthcare costs for elderly patients occurring in their last year of life.

“Controlling or reducing the cost of dying could benefit the healthcare system, families and individuals [and] relieve pressure on health care resources,” the authors note.

In the same study, it’s argued that effective palliative care can significantly reduce healthcare costs, as well as being associated with improved patient and caregiver satisfaction, symptom control and greater likelihood of the patient dying in their preferred environment.

That last factor is significant. In South Africa, only some medical aids cover at-home care, and those that do frequently target it to the very end of a patient’s life. Effective state-funded home care is light years away. But at-home care is often significantly less costly than hospital stays, where ICU in particular can run up bills of tens of thousands of rand a day for private patients, or cost the state equally unsustainable amounts in public facilities. In the long term, improving access to home care not only improves the patient’s quality of life, but potentially reduces costs.

Incorporating these insights into South Africa’s future healthcare landscape is still uncertain. Policy documents on South Africa’s National Health Insurance proposal argue in favour of spreading funds more evenly, with the theory being that the gaping divide between private and public health will be eliminated. The same documentation argues that a “hospital-centric” approach, focusing disproportionately on curative medicine, is problematic. But whether this will have a noticeable impact on palliative care, or access to home care, is currently unclear.

In the meantime, says Eedes, it remains crucial to drive home the importance of early recommendation to patients, clinicians and funders alike. The palliative care network, he adds, is drastically in need of expansion. In 2015, the WHO declarated that all countries should have adequate training and resources for palliative care. “So we are hoping,” says Eedes, “that the palliative care movement will gain momentum.”

Maybe then there will be a greater focus on dignity, and dying will no longer be a dirty word. DM