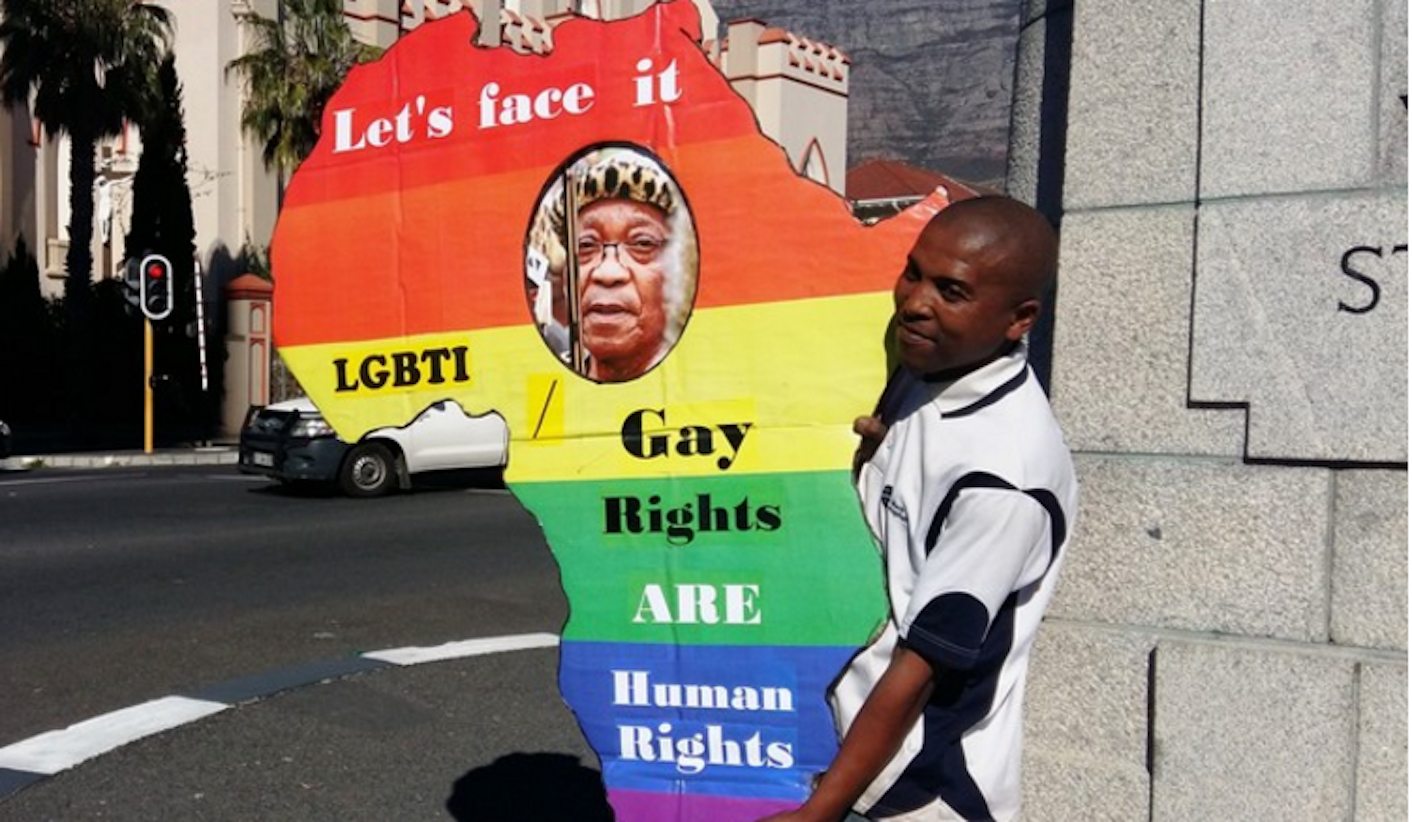 As many as 40% of South Africans say they don’t know any gay or lesbian people. By Ashleigh Furlong for GROUNDUP.

More than 50% of all South Africans believe that homosexual people should have the same human rights as other citizens, despite more than 70% feeling that same-sex sexual activity is “morally wrong”.

This is according to a new and first-of-its-kind survey that describes South Africans as “progressive prudes” in their attitudes towards homosexuality and gender non-conformity.

The  survey  was commissioned by the  Other Foundation  and was carried out by the Human Sciences Research Council (HSRC) which interviewed more than 3,000 South Africans for the report.

“There is a general belief that people in Africa are deeply homophobic and unaccepting of gender diversities,” said the CEO of the Other Foundation Neville Gabriel in a statement. But, Gabriel said, up to now  there had been very little data to back up this belief.

“The data is essential to craft our own African narrative about the lived realities of homosexual and bisexual women and men, as well as transgender and intersex people,” he said.

According to the report, entitled “Progressive Prudes”, over half a million adults in South Africa self-identify as either homosexual, bisexual, or gender non-conforming in some way – which conforms with international ratios.

Over half of all South Africans say they would “accept” a gay family member and about 80% say that they would never verbally or physically abuse a gender non-conforming individual.

Another finding was that a ratio of 2:1 South Africans supported keeping the current constitutional protections against discrimination on the grounds of sexual orientation,  compared to those who thought it should be removed.

Despite this, the report found that 1% of those interviewed admitted to physically harming women who dressed and behaved like men over the last 12 months.

Pierre Brouard, the Deputy Director of the Centre for Sexualities, AIDS and Gender at the University of Pretoria, called the results “a complex and sensitive set of findings”.

“I think it could be of value to note that while some of the findings are alarming, the greater majority of South Africans indicate they would not be violent and this is an important counterbalance to a fearful and panicked approach,” said Brouard.

About a third of all respondents believed that same-sex orientation was a “lifestyle choice”, and just over 10% believed that it was an “illness”.

“South Africa is considered a religious society, as the survey results confirm, with 84% of adults reporting that they belong to a religion and 45% considering themselves to be ‘highly religious’,” states the report.

The report adds that “a very large segment, if not the majority, of the South African population hold conservative moral beliefs about individual sexual activity and gender roles, which corresponds with their religious affiliation”.

Brouard said the  findings “suggest that patriarchy, tradition and religion are key forces in informing and shaping attitudes and actions and that they possibly reinforce each other”. He said these were mostly  conservative forces “which normalise and produce heteropatriarchal values”.

The Other Foundation concludes that one of the most compelling explanations for differing views on homosexuality is that perceptions are shaped by the amount of direct contact an individual has with LGBT  (lesbian, gay, bisexual and transgender)  people.

“In numerous studies it has been shown that what most effectively shifts people’s negative perceptions of homosexual people is increased contact, especially with family members and friends,” they state.

The figure of over 40% of South Africans saying that they do not know any gay or lesbian people highlights this lack of direct contact in the country.

The CEO of the HSRC, Crain Soudien, said in a statement: “The results convey the considerable effort still required to ensure that society understands and respects the rights of LGBT people in the country. A sizeable share of South Africans, for instance, continue to express intolerant views of homosexual sex and gender non-conformity.”

Despite this, Soudien said the study did offer encouragement, adding that the knowledge produced by the study “serves as an important basis for further promoting social justice by enriching and shaping social dialogue, advocacy, and policy interventions”. DM

Photo: ‘I want gay people to understand that not all of us are against them,’ Gcimikhaya Mamtame said as he posed with the campaign cut-out. Photo: Kayla Molander.