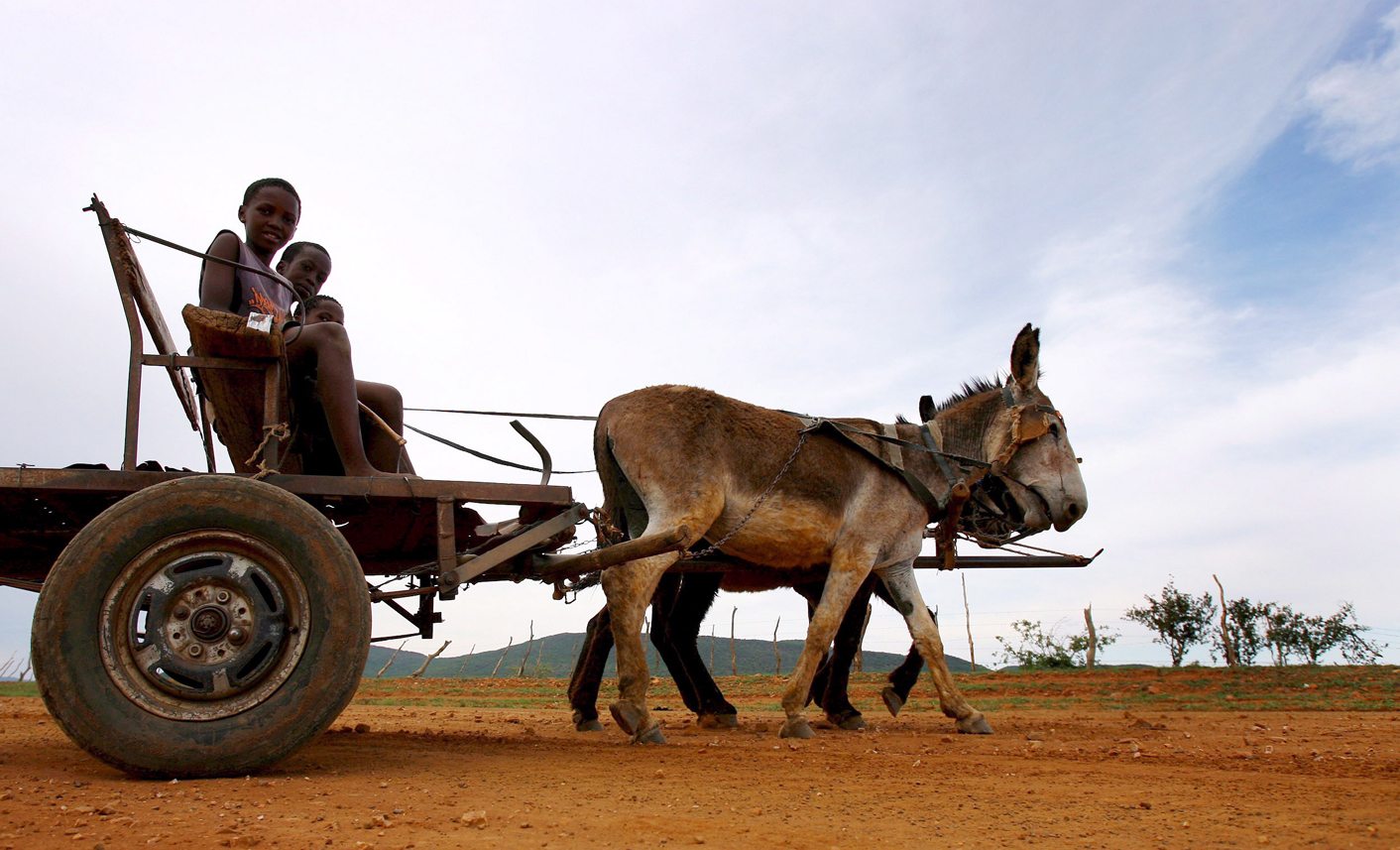 Forget gold, diamonds or rhino horn. The hottest commodity in Africa right now – the most prized ass-et, if you will – is the humble donkey, thanks to a critical donkey shortage in China. But even this hardy beast of burden is struggling to carry the weight of an insatiable demand. By SIMON ALLISON.

Humanity owes a lot to the donkey. Domesticated for over five millennia, donkeys have been used for farming, transport, food and warfare. Hardy, reliable and uncomplaining, they are the ultimate beast of burden, not to mention the preferred ride of a certain Jesus Christ.

But as the world has industrialised, so donkeys are losing their place in it. Machines farm better, cars are faster, and donkey meat is an acquired taste. Only the very poorest communities still rear and rely on donkeys for their day-to-day needs.

Nowhere is this more apparent than in China. After two decades of high economic growth, the country’s donkey population has nearly halved: from 11-million in the late 1990s to just six million today.

The precipitous decline in donkey numbers has had an unintended consequence for a lucrative local industry: Chinese traditional medicine. When boiled, donkey skin produces a rubbery, gelatine-like substance, known as ejiao, which is believed to cure coughs, relieve insomnia and revitalise blood. It is a key ingredient in many popular Chinese tonics and medicines.

But these days, there simply aren’t enough Chinese donkeys to make enough ejiao, so manufacturers are looking further afield. Specifically, there are looking to Africa, where donkey populations remain in rude health.

In Niger, some 80,000 donkeys have been exported to China this year, compared to 27,000 in 2015. In Burkina Faso, donkey traders sold 18,000 animals to international buyers in the first quarter of 2016, up from just 1,000 for the same period last year. In Kenya, a special donkey abattoir was opened in Naivasha to cater for the burgeoning Chinese market.

This thriving export market is not without considerable drawbacks, however. In Niger, for example, the price of donkeys has risen from $34 to $147, pricing out farmers and merchants who need to purchase donkeys to maintain their livelihoods. Government officials are also worried that the glut of exports will “decimate” local donkey populations.

In response, Niger banned donkey exports, following in the footsteps of Burkina Faso which implemented similar regulations last month. In Ougadougou, the situation was taken so seriously that it was discussed twice in cabinet meetings before the ban was announced, according to AFP.

In South Africa, meanwhile, the surge in donkey demand has led to a spate of theft and cruelty towards the animals.

“The National Council of Societies for the Protection of Animals (NSPCA) is horrified to confirm that donkeys are the latest victims of the trade in animal parts ‘for medicinal purposes’ to the Far East. Donkeys are being rounded up/stolen, then transported and brutally slaughtered for their skins,” said the NSPCA in a statement earlier this month.

The NSPCA cited one incident in which 42 donkeys were stolen from a village in North West province, and subsequently slaughtered and skinned. In another incident, 70 “sick, weak and emaciated” donkeys were discovered on a plot outside Bloemfontein. The owner of the plot confirmed that he intended to ship their skins to China.

Rhinos and donkeys may not have a lot in common, but populations of both are being devastated by the demand from traditional medicine in Asia. The message from conservation groups like NSPCA is clear: no more donkey business. But this seems unlikely to deter Chinese traditional medicine buyers, who – especially when there’s this much money on the line – can be as stubborn as a mule. DM