McBride wins the battle as the war rages on 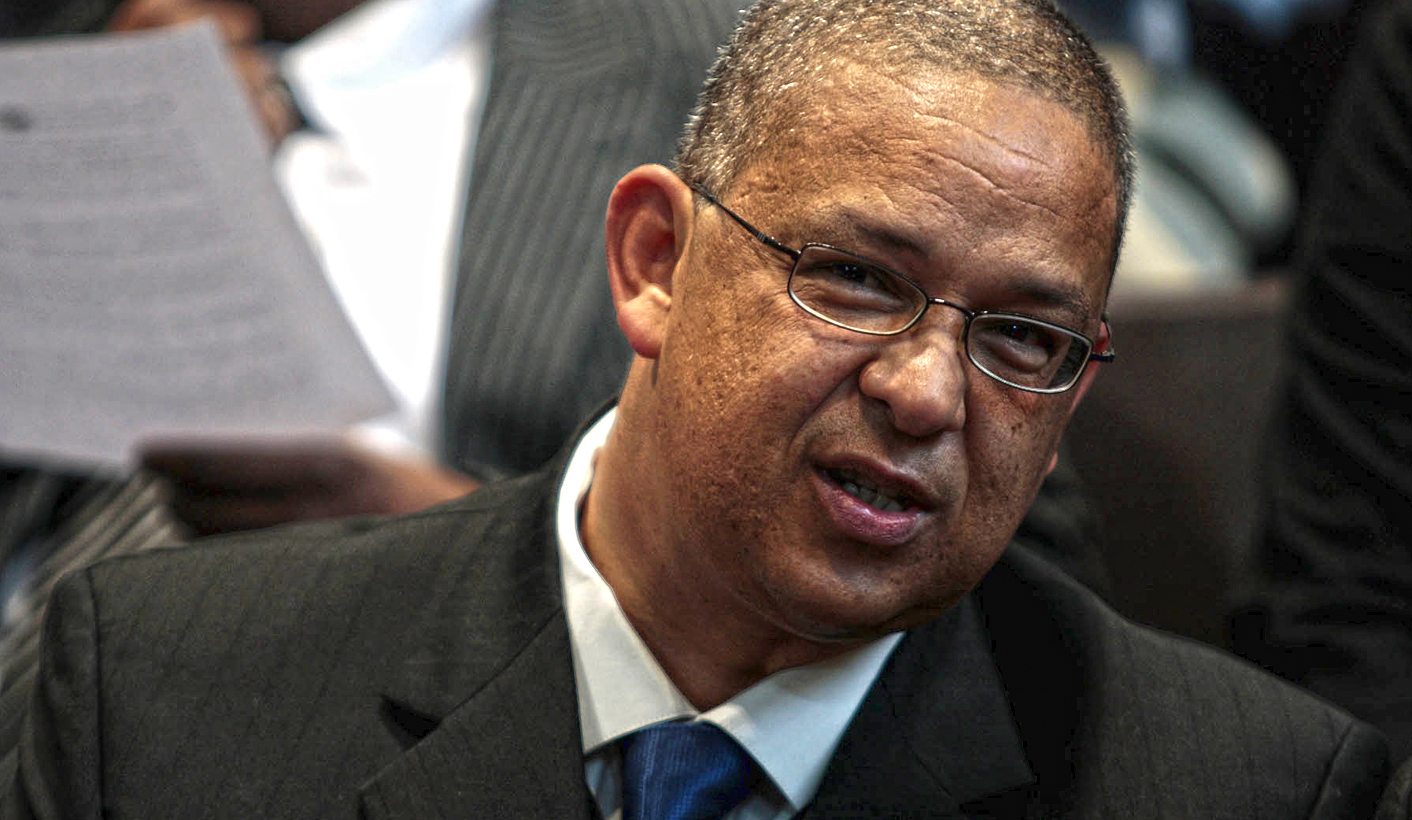 The Constitutional Court on Tuesday moved to increase the independence of the Independent Police Investigative Directorate (IPID), while setting aside the suspension and disciplinary proceedings against its executive director Robert McBride. McBride isn't out of trouble yet as bigger issues remain at play. By GREG NICOLSON.

In a unanimous judgment written by Justice Ronnie Bosielo, the Constitutional Court on Tuesday weighed the balance between IPID’s independence and political accountability and decided to set aside parts of the law giving the executive too much control over the police watchdog. It ordered the National Assembly to change the law to give IPID more independence after condemning the manner in which Police Minister Nathi Nhleko suspended and instituted disciplinary action against McBride. Both processes were declared invalid and set aside.

McBride, who was appointed head of IPID in 2014, was suspended in 2015 for allegedly altering a report on the SAPS’s illegal rendition of Zimbabweans. A draft report on the renditions recommended Hawks head Anwa Dramat and Hawks Gauteng head Shadrack Sibiya be charged, but the final IPID report exonerated the pair. McBride was accused of altering the report in defence of Dramat and Sibiya and subsequently suspended by Nhleko.

“The manner in which the minister dealt with Mr McBride demonstrates, without doubt, how invasive the minister’s powers are. What exacerbates the situation is that he acted unilaterally. This destroys the very confidence which the public should have that IPID will be able, without undue political interference, to investigate complaints against the police fearlessly and without favour or bias,” read the Constitutional Court judgment.

“Without adequate independence, it would be easy for the Minister to usurp the power of the Executive Director under the guise of exercising political accountability,” it continued. “Undoubtedly, such conduct has the potential to expose IPID to constitutionally impermissible executive or political control. That action is not consonant with the notion of the operational autonomy of IPID as an institution.”

The matter was brought to the Constitutional Court after the High Court found the laws allowing Nhleko to suspend McBride were unconstitutional. Bosielo said IPID at least deserves the same constitutional protection as the Hawks, if not more because it is also required to investigate the elite crime-fighting unit. Nhleko admitted the laws he used to suspend McBride were flawed but maintained the suspension and disciplining of the IPID should go ahead, which the court said did not make sense.

The judgment said the law gives the minister enormous powers over IPID. “It gives the minister the power to remove the executive director of IPID from his office without parliamentary oversight. This is antithetical to the entrenched independence of IPID envisaged by the Constitution as it is tantamount to impermissible political management of IPID by the minister,” wrote Bosielo. “To my mind, this state of affairs creates room for the minister to invoke partisan political influence to appoint someone who is likely to pander to his whims or who is sympathetic to the minister’s political orientation. This might lead to IPID becoming politicised and being manipulated.”

The judgment in favour of McBride – the court ordered the police ministry to pay his legal costs – was on Tuesday linked to the broader fight on state institutions being used to protect political interests. It has been alleged that McBride was suspended, while Dramat and Sibiya were both targeted and are no longer in their positions, to stop politically sensitive investigations and allow for a new Hawks boss to be appointed who could use the institution to target opponents of certain ANC leaders. In such a light, the appointment of Hawks head Berning Ntlemeza and the Hawks’ pursuance of Finance Minister Pravin Gordhan and other SARS officials come as a result of the allegations and actions against McBride, Dramat and Sibiya.

Responding to the judgment, McBride said he was pleased the Constitutional Court affirmed IPID’s independence and questioned the motives behind the charges against him. “If you remember institutions were attacked at the same time, the second half of 2014, first half 2015, a number of institutions were attacked at the same time. We are now aware that there is a group of people doing it. We know who these people are we’re not sure what the motive was,” he told eNCA.

Regarding the Hawks’ investigations in his case and Gordhan’s, McBride said: “Any semblance of independence is absent at the moment.” Dismissing the allegations against him, he continued, “The strategy is plain to see. It’s political gangsterism. That what is taking place and that has to be resisted at all costs and institutions in this country have to be protected.”

The Helen Suzman Foundation were introduced as amicus curiae to the case and said the court’s ruling “protects state institutions responsible for fighting crime, corruption and the misuse of state power from malign political interference”.

The Democratic Alliance’s Zakhele Mbhele said Nhleko admitted the law governing IPID was flawed, but he persisted his attempt to suspend McBride, amounting to “a witch-hunt to rid himself of those who conduct investigations that are too sensitive and threaten the ANC’s patronage”. Noting the Constitutional Court’s ruling against Nhleko on President Jacob Zuma’s Nkandla upgrades and on the suspension on Dramat, Mbhele said the minister wasn’t fit for his post.

“It is clear that Minister Nhleko must have been instructed to get rid of McBride and Dramat at all costs.”

The Constitutional Court, however, did not rule on the merits of the charges against McBride or Dramat and Sibiya. “It must be noted that the court made a judgment on the procedural aspects of the case and not on the merits of the allegations against Mr Robert McBride,” Nhleko’s spokesperson Musa Zondi said in a statement. He said the minister was reflecting on the judgment’s implications.

The court said Parliament’s National Assembly could still institute disciplinary proceedings against McBride within 30 days, if it chooses. It gave legislators two years to change the law to allow IPID more independence.

McBride, Dramat and Sibiya all maintain their innocence against claims of involvement in the illegal renditions to Zimababwe and of doctoring IPID’s report. The group still face criminal charges over the issue. But IPID’s Innocent Khuba, who investigated the claims and also faces criminal charges, has said the investigation was part of a political conspiracy orchestrated by current Hawks head Ntlemeza. DM