Gabon: Jean Ping and the boy who didn’t cry wolf 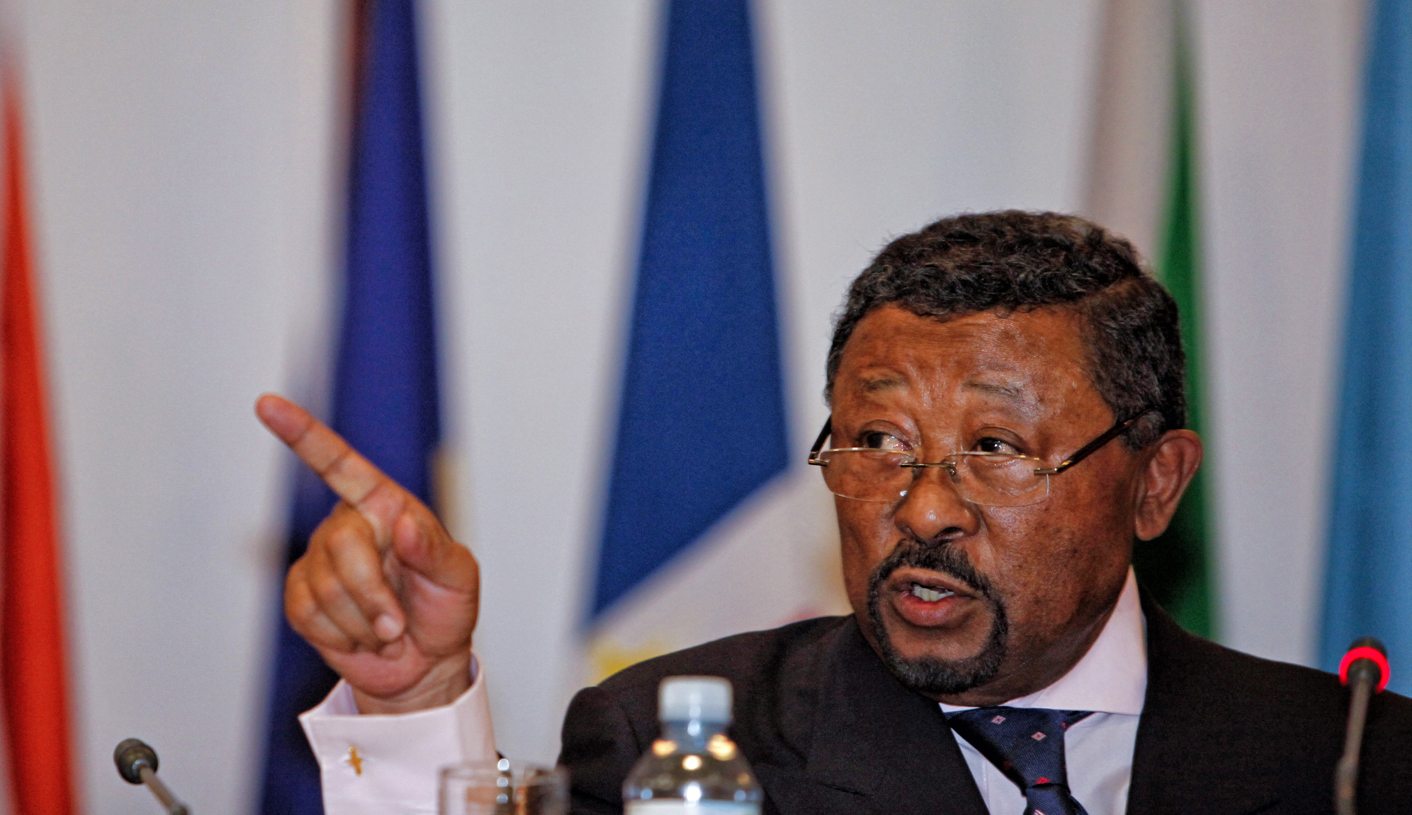 Opposition leader Jean Ping is incensed that Gabon’s president stole the recent election. He’s right to be. But maybe Ping should have harnessed this fury earlier, when he was in a position to do something about it. Instead, as top boss of the African Union, he helped to legitimise dodgy polls and obscure accountability. Now he, and Gabon, are paying the price. By SIMON ALLISON.

Let me tell you the parable of the boy who didn’t cry wolf. One day, in an African country of your choice, a wolf passed through the village. Observing from afar, the boy said nothing, and called no one, even as the wolf feasted. The next day, the wolf came to another village. Again the boy saw, again the boy ignored the tortured shouts of the villagers as they screamed and begged for help. And so it went on, village by village, as the wolf devoured his way through the continent; instead of raising the alarm, the boy stayed silent.

And then the wolf came to Gabon, where the boy lived, and started snapping its jaws in his direction. The boy screamed and shouted and cried “wolf!” at the top of his lungs, but by then it was too late. Everyone around him, everyone who could have helped, had already been eaten.

The real-life star of this little story is Jean Ping, opposition candidate for president in Gabon.

Ping is not a happy man right now. Last week, he lost the presidential election by the slimmest of margins – just 6,000 votes – and he believes the poll was rigged. “The whole world knows today who is the president of the Republic of Gabon. It’s me, Jean Ping,” he said. “Each time the Gabonese people have chosen their president, the dark forces are always gathered to place he who was not chosen as head of state.”

Ping is right, of course. These elections were stolen, and brazenly so. Despite an average turnout of around 60%, an unbelievable 99.3% was recorded in Haute Ogue, home province of incumbent Ali Bongo – with Bongo winning 95% of the vote there. That statistically impossible aberration made all the difference to the final count.

Ping has rejected the outcome, and is pursuing a legal challenge. Meanwhile, an estimated 5 people have died in post-election violence between rival supporters and security forces.

Bongo’s security forces may have pulled the trigger, but their blood is also on Ping’s hands.

Quite the opposite, in fact.

Although memories fade fast, we must not forget that it was only four years ago that Ping was forced out of his position as chairman of the African Union Commission. Between 2008 and 2012, he was the continental body’s most senior and visible leader.

In this position, he oversaw and monitored elections all over Africa: polls both free and flawed, and everything in between. But instead of raising the alarm when something was wrong – instead of crying wolf – Ping legitimised dodgy polls and obscured accountability. The very same tactics that Bongo is now using against him, Ping previously would rubber-stamp.

Take, for example, the Sudanese elections in 2010, in which President Omar al-Bashir – then and still wanted for war crimes by the International Criminal Court – strolled to victory in a vote marred by intimidation, gerrymandering, and accusations of “massive rigging” by an opposition group. Ping, who headed the African Union observer mission, had a more generous take:

“These historic elections have indeed afforded the majority of the Sudanese citizens the opportunity to exercise their civic and democratic rights by electing representatives of their choice for the first time in 24 years. The mission believes that the just-concluded multiparty elections will enhance the peace and democratic processes under way in the country.”

It also fell to Ping, early in his term, to lead the African response to Zimbabwe’s tightly contested election in 2008. In the first round, challenger Morgan Tsvangirai’s Movement for Democratic Change led Robert Mugabe’s Zanu-PF. A state-sponsored campaign of violence and intimidation forced Tsvangirai to withdraw from the second round of the vote, which he was on course to win.

While the AU was involved in mediating the Zimbabwe situation, its solution allowed Robert Mugabe – architect of the brutality– to stay in charge as part of a government of national unity. Ping refrained from condemning the violence, and downplayed the extent of the crisis. A reading of the AU’s observer mission statement, following Mugabe’s uncontested second-round victory, noted vaguely that “there was violence in the run down to the elections”, but failed to attribute blame; a neat diplomatic side-step that helped Mugabe’s regime avoid responsibility.

As leader of the African Union Commission, Ping repeatedly failed to enforce international electoral standards, or hold African governments to account for human rights abuses. This is not a unique failing; a general reticence to criticise is a characteristics of the AU, and Ping’s successor Nkosazana Dlamini-Zuma is also rarely outspoken.

But now Ping finds himself on the other side of the fence. Suddenly, he is on the receiving end of a rigged vote and electoral violence; suddenly, he wants those international standards enforced and human rights observed. If only he had defended these virtues earlier, when he was in a position of influence and could have made a real difference. If only Ping had cried wolf before it was too late. DM