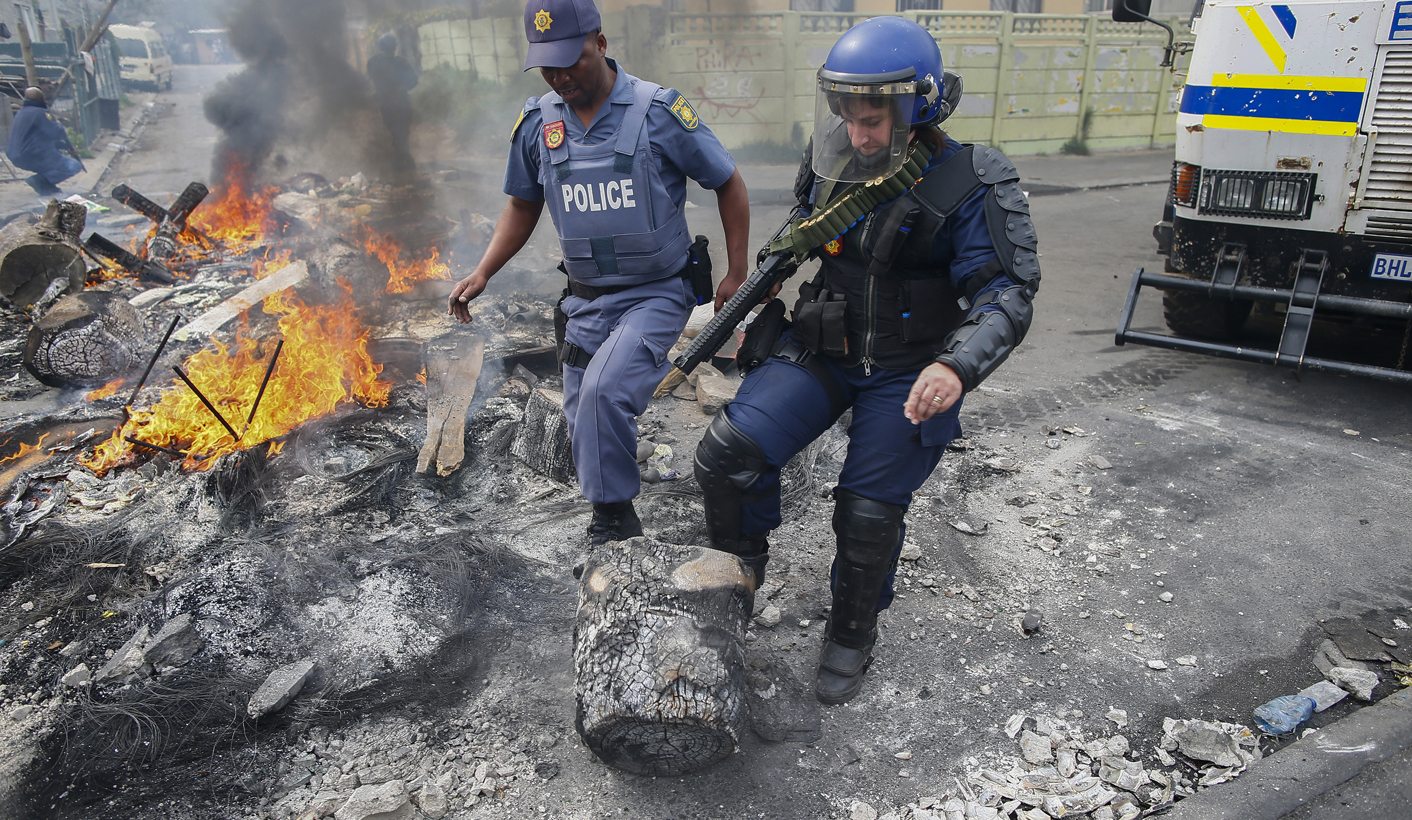 The South African police released their statistics on the number of crimes recorded in the 2015/16 reporting year, running from 1 April 2015 to 31 March 2016, on 2 September in parliament. By AFRICA CHECK.

The police released the crime statistics as absolute numbers – that being how many crimes were recorded in 2015/16. Below we have included the crime rates, calculated with Statistics South Africa’s mid-year population estimates. This refers to the number of crimes committed per 100,000 people in a country.

Crime rates are more useful than absolute numbers for comparing changes over time, as they allow you to make fair comparisons between different population sizes.

This is because – generally – the number of crimes committed will increase as a population grows. The crime rate allows us to see whether crimes have increased or decreased in relation to the size of the population.

We summarised crimes of public interest in this factsheet.

READ: Understanding crime statistics in South Africa – what you need to know

The sexual offences crime category contains the crimes detailed in the Criminal Law (Sexual Offences and Related Matters) Act. Crimes that fall under this broad category include rape, compelled rape, sexual assault, incest, bestiality, statutory rape and sexual grooming of children, among others.

As a result, when this crime category increases or decreases, it is unclear what crimes are driving the change.

This decrease is not a positive sign, according to the Institute for Security Studies: “We are deeply concerned about the decrease of 3.2% in sexual offences. Research shows that this crime is unreported and a decrease suggests that fewer people are reporting sexual offences.”

South Africa’s legal definition of rape is very broad. The act states that “any person (‘A’) who unlawfully and intentionally commits an act of sexual penetration with a complainant (‘B’), without the consent of B, is guilty of the offence of rape”.

At the time of publishing, disaggregated rape statistics had not been released by the police.The graph below will be updated when the information becomes available.

Common assault is the “unlawful and intentional direct and indirect application of force to the body of another person” or “threat of application of immediate personal violence to another”.

The Institute for Security Studies cautions that these statistics may not reflect reality: “Police statistics for assault are notoriously unreliable because most victims don’t report these crimes to the police. Since the victim and perpetrator may be related (such as in a case of domestic violence) victims are often reluctant to disclose assault.”

Assault with the intent to inflict grievous bodily harm

A robbery is committed when a person unlawfully and intentionally forcefully removes and appropriates property belonging to another person.

On average 148.2 common robberies were recorded each day.

Robbery with aggravating circumstances occurs when a person uses a gun or weapon to unlawfully and intentionally forcefully remove property belonging to another person.

On average 363.1 robberies with aggravating circumstances were recorded each day.

House robberies occur when people are confronted in their homes and are victims of theft.

Fifty percent of the crimes occurred in Gauteng.

A house burglary is committed when a person “unlawfully and intentionally breaks into a building” with the intention to take something on the premises.

On average 686.6 houses were burgled each day.

7. Theft of car or motorcycle

This crime category includes the crimes of use, possession of and dealing in drugs.

The police note that this crime category is “usually not reported to the police by members of the public. These crimes come to attention primarily as a result of police actions like roadblocks and searches.”

Growth in the number of crimes in this category is not always a bad thing: “An increase in these crimes may actually indicate that the police are more active, whereas a decrease may indicate reduced police activity.”

Photo:  Members of the South African police forces clear a still burning barricade in the wake of a protest against the lack of policing in Masiphumelele, Cape Town, South Africa  29 September 2015. South African National Police Commissioner Riah Phiyega released 29 September 2015 the official crime statistics for the past financial year which show the number of murders registered in South Africa have increased by 4.6 percent from the previous year, with 17,805 people killed in the last 12 months.  EPA/NIC BOTHMA