An Open Letter to the ANC from Evita Bezuidenhout 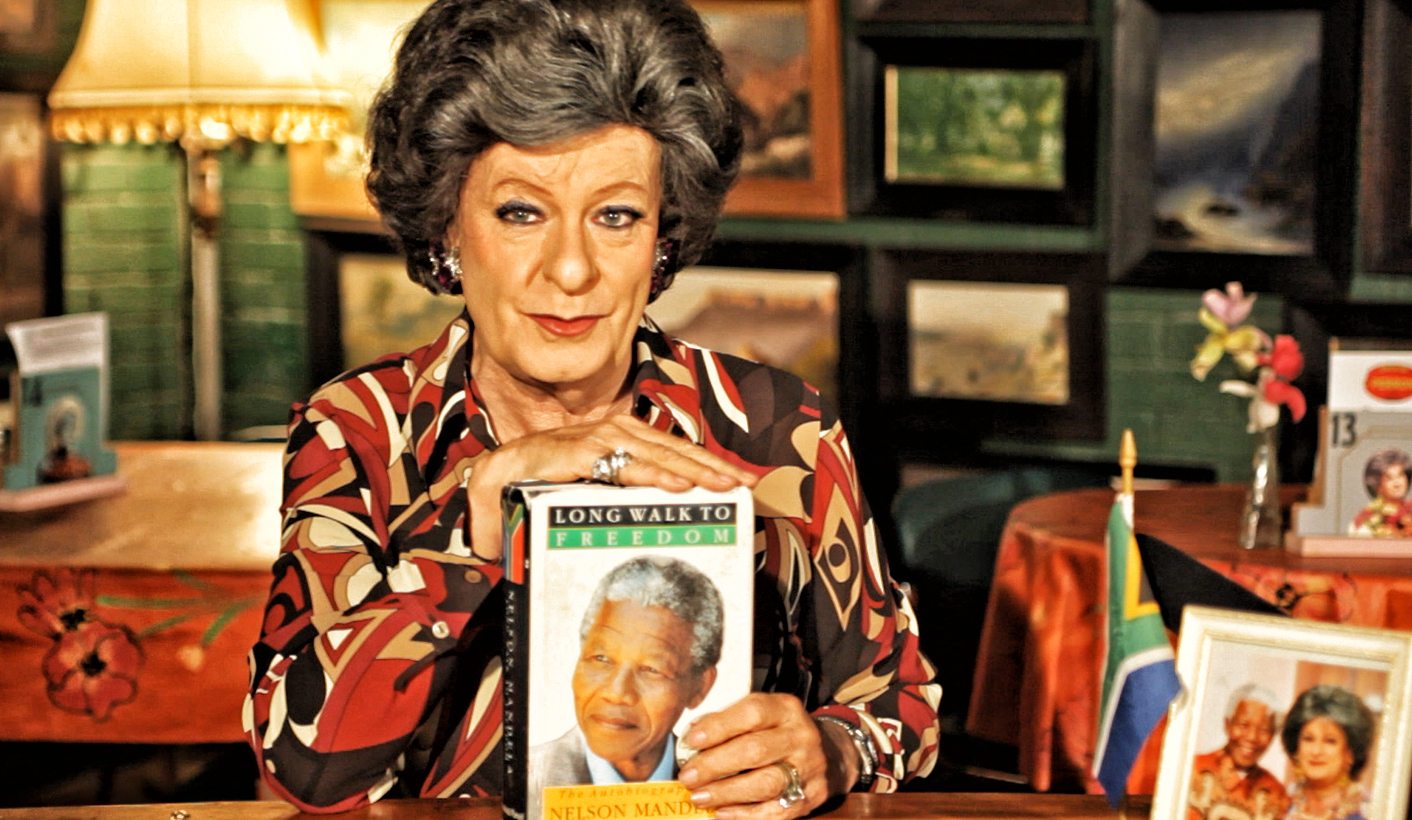 I see too many reminders of what I and mine accepted as politics-as-usual during the 1980s. I have been challenged by my grandchildren, and through them the youth of South Africa, to cherish and guard the legacy of Luthuli, Tambo, Mandela and whoever comes next. That is why this letter is so essential. By EVITA BEZUIDENHOUT.

I am writing this not in my personal capacity as a gogo, a citizen and a democrat, but as a member of the ANC.

I have been a member since July 2014 and as a loyal cadre have been operational where the party has deployed me without question – in the kitchen of Luthuli House, cooking for reconciliation. I asked a simple question: “What do people think of when they see a fat politician in Parliament?” They immediately think of a thin voter. And many ANC voters are poorer and thinner than ever before. All Julius Malema has to do this 2019 General Election is promise them everything and anything and they will vote him and his party into power democratically. I was supported by Pravin Gordhan and the treasury to put the Cabinet on a diet. The diet has worked. Members of Cabinet were seen recently fitting into economy-class seats on SAA.

The results of the municipal elections were not unexpected. What was remarkable was the brilliant performance of the IEC and the mass of voters who proved that they have learnt a lot in the last 21 years. The fact that we in the ANC conceded defeat where we lost ground is also a good indication of a free and fair election. But my life in the kitchen has become hard to bear. From mid-morning to late at night, streams of comrades slip in under the pretext of asking for a bottle of still water. They just sit and shake their heads. They need not only comfort food after the election results, but also comforting advice from someone who has seen it all before.

I was a faithful cadre in the Afrikaanse Nasionale Kongres, also known as the National Party. My husband was a Cabinet minister, only promoted because of his slavish devotion to he whom we called Number One. We all became fat, rewarded for nodding in agreement without question and allowing the corrupt to overpower the committed. It was easy then because we called corruption “policy” and it ruled the country from 1948 to 1994.

Now, over two decades into a democracy that no one ever thought would happen, I find it essential to not sit on my laurels as the so-called most famous white woman in South Africa. I could have remained in my well-earned retirement, revelling in Nelson Mandela’s words to me when in 1994 he said: “You are one of my heroes.” My born-free grandchildren said to me: “Gogo, what are you going to do to protect democracy, so that one day when we need to vote freely and fairly, democracy will still be there in full working condition?” That is why I took a deep breath and dived back into the cesspool of active politics. Parliament is now either a DA parking garage or a playpen for the Tellytubbies of the EFF. Luthuli House is the only power station that the ANC has built since 1994 and so that is where I am. And that is where I will stay.

So why do I remain a member of the ANC? When I walked into the building I brought with me all the prejudice that so many South Africans, especially those not black, share: that everyone in the ANC is today a crook, corrupt and careless. No. I have met so many people in the party who are still working hard to keep the country more or less balanced. I have met women in the ANCWL who are working for the protection of women and children and are not all gogo-dancing around the president. I have met so many young members of the ANCYL, some even younger than 39, who are not there to exploit present confusions for their own enrichment.

But, I have also met a faction of clever, hard-working, ambitious and charismatic comrades focused on getting the most for themselves before their mentor trips over his next mis-speech. They are ruthless and successful because they know that as loyalty to the president is paramount, no one will dare challenge their thievery in the public arena.

So I will not resign as a member of the ANC and leave them to party. I see too many reminders of what I and mine accepted as politics-as-usual during the 1980s. I have been challenged by my grandchildren and through them the youth of South Africa to cherish and guard the legacy of Luthuli, Tambo, Mandela and whoever comes next to complete this sentence. I won’t leave the sinking ship – this great ocean liner of liberation that has hit the iceberg of Nkandlaism. I saw the film Titanic and the poorest passengers were locked in the hull and not given lifeboats as the ship went down.

I might be the last one to blow out the candles in Luthuli House when everyone else has fled to the DA, the EFF, IFP or whatever new party already in conception, but it is time to pay back for what we did in the old Afrikaner Nasionale Kongres. I owe it to the nation and my grandchildren.