Analysis: In Zimbabwe, spring is in the air 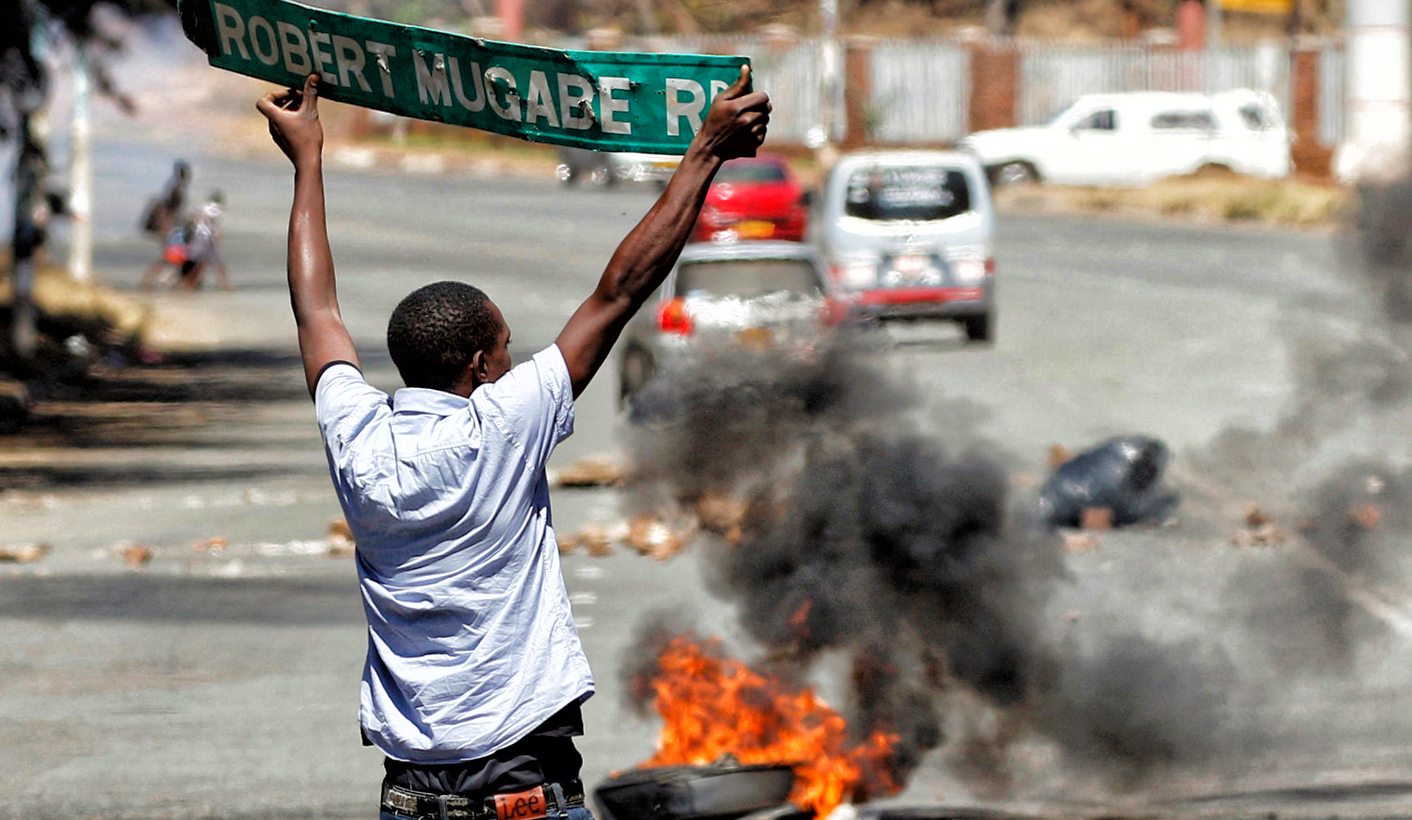 Robert Mugabe is the ultimate dictator, a role model for others who long to hold tight to power. But even he has never before tackled a crisis quite like this one. Facing enemies on every front, and running out of the hard currency he so desperately needs to buy loyalty, Zimbabwe’s president has his back against the wall. For the first time in decades, change really could trump the status quo. By SIMON ALLISON.

On Friday night, after the dust from that afternoon’s ‘mega demonstration’ had settled – after the fires were put out, and the injured admitted to hospital – Robert Mugabe was in defiant mood. Speaking of the growing opposition to his regime, the Zimbabwean president said: “They are thinking that what happened in the Arab Spring is going to happen in this country, but we tell them that it is not going to happen here.”

History is on Mugabe’s side. The increasingly doddery nonagenarian has been in charge of Zimbabwe for a scarcely credible 36 years, and in that time has defeated every enemy that dared to challenge his authority. This is his twisted genius: that he hangs on to power better than anyone else in the world.

But even for Mugabe, the forces now ranged against him represent an unprecedented challenge. He has never before faced opposition from so many quarters, at the same time, and all against a backdrop of precipitous economic decline. For the first time in decades, and even though the game is rigged in his favour, the odds are against Mugabe. A Zimbabwean Spring is in the air.

The most striking aspect of the current unrest in Zimbabwe is the sheer breadth of the opposition: 18 separate political parties participated in Friday’s demonstration, in addition to grassroots movements such as Tajamuka and #ThisFlag. This is an extraordinary show of unity, and it shows that Mugabe’s divide-and-conquer policy – a tactic he picked up from his country’s British colonisers – is failing.

Included in that broad church are the usual suspects, like Morgan Tsvangirai’s Movement for Democratic Change and its various offshoots, as well as vital new constituencies: Joice Mujuru, former ruling party bigwig, is quietly wooing disaffected cadres away from Zanu-PF, while the defection of the war veterans’ association dealt a crushing blow to Mugabe’s legitimacy. The foundations of Mugabe’s power base are crumbling before his very eyes.

Within the party too, his position has never been weaker. The faction-fighting is getting uglier and uglier, but Mugabe – and the so-called ‘Generation 40’ faction, led by his wife Grace, higher education minister Jonathan Moyo and local government minister Saviour Kasukuwere – can’t deal a knock-out blow to his enemies. In particular, vice-president Emmerson Mnangagwa continues to command support among the security services, which keeps him in his position despite attempts to freeze him out of party structures.

Over the years, Mnangagwa and his well-armed friends have been a powerful ally to Mugabe – and a major factor in the president’s longevity. Now, they are becoming an equally powerful enemy.

And then there’s the economy. Zimbabwe has lived through financial ruin before, of course, most notably in the late 2000s when hyperinflation forced the country to scrap the Zimbabwean dollar. Counter-intuitively, this actually strengthened Mugabe’s hand: as government, he had access to the only reliable source of foreign exchange, which he could distribute at will.

This time it’s different. Now, even the government is running out of US dollars, which means it can’t pay civil servants, the police or the military on time. Nor can it pay the legions of party members and youth militia that were mysteriously added to the civil service payroll in the run-up to the last election. That’s the problem with buying loyalty – it evaporates when the money runs out.

Mugabe’s access to international funding has also dried up. In the past, Zimbabwe has been bailed out by the International Monetary Fund, the Chinese, and even dodgy American investors looking to make a quick and dirty buck. Having abused all these avenues one too many times, Mugabe is unlikely to wriggle out of his cash crunch.

Running out of cash, and running out friends, there’s no doubt that Mugabe’s got his back against the wall. If he survives this crisis, it will be his greatest ever escape. DM