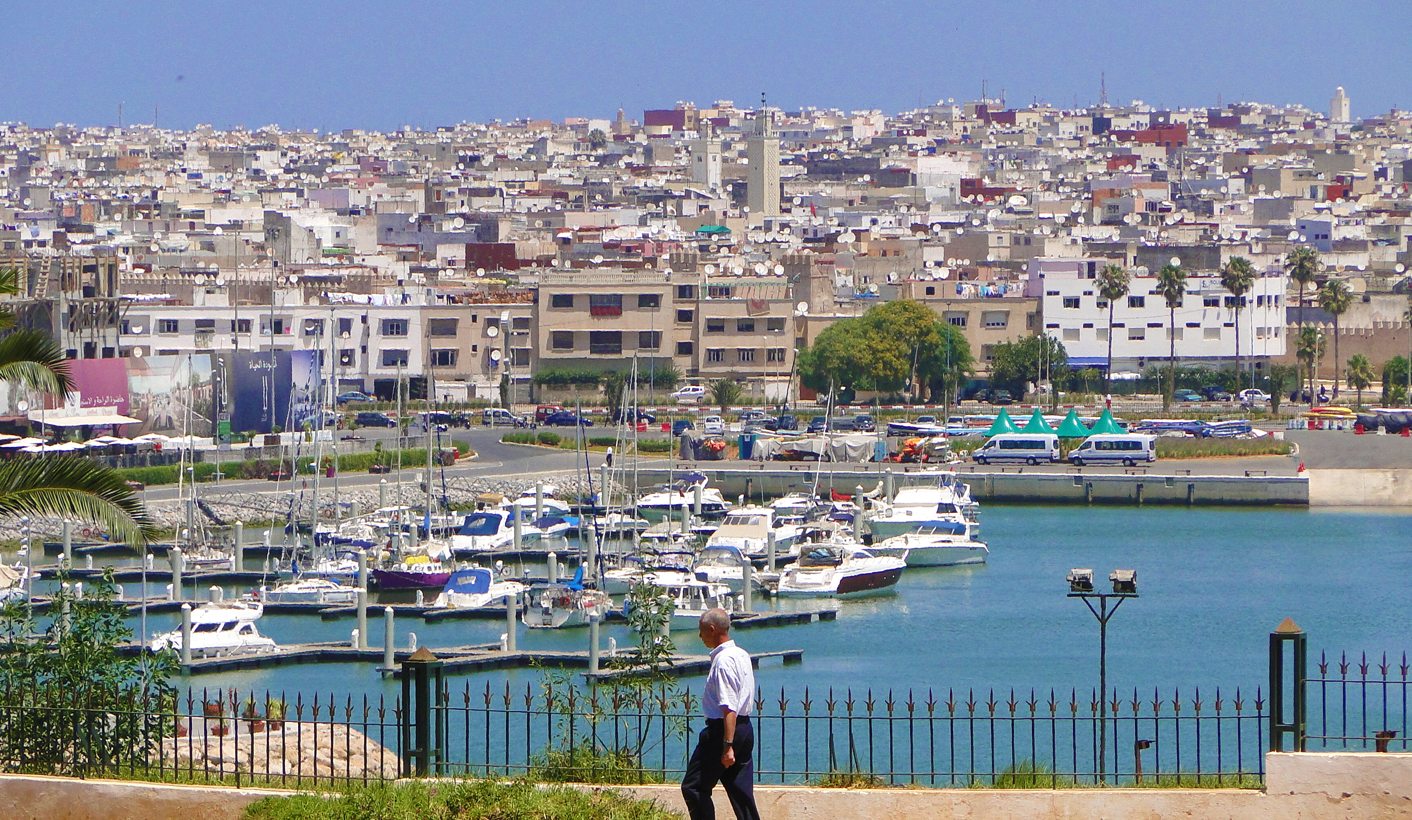 Morocco is a country on the move, barely recognisable from the face it presented 15 years ago. By GREG MILLS and DICKIE DAVIS.

When Ridley Scott was looking for a location for his 2001 film Blackhawk Down, which depicts the 1993 US mission to capture a Somali Warlord that went disastrously wrong, the original site of the event, Mogadishu, was deemed to be far too dangerous. Instead they shot the film in Morocco, with Salé’s Sidi Moussa district being transformed into the Somali capital and the 17th century Rabat medina becoming Mogadishu’s ‘Bakara Market’.

Today they would have to go elsewhere. Morocco’s slum removal initiative Program National d’Action pour la Urban Fabric, launched in 2001, and the subsequent Ville’s Sans Bidonvilles Program(‘Cities without Slums’), launched in 2004, combined with an aggressive industrialisation and job creation strategy are dramatically changing the face of cities across the country. Such initiatives have been underpinned by strong growth in the economy averaging 4.3 percent since 1999.

For sub-Saharan Africa, where population numbers will double to two billion by 2040 and where 800-million will be added to its cities over this time, there should be much to ponder from Morocco’s experience.

At independence in 1956 Morocco’s population was 10.5-million. Sixty years later it has more than tripled, now 34.8-million. But this trend is flattening, population growth falling from a high of 3.3% per annum in the late 1950s to 1.4% in 2016. Urbanisation has been similarly rapid. At independence 29% of the population lived in cities, now it is close to 60%.

With a young, sometimes restive population, Morocco has to work hard to create the opportunities needed for social stability.

Such challenges are nothing new. The focus following independence in 1956 was to deliver political stability and territorial consolidation along with basic infrastructure. In the process the government, led by the monarchy, had to confront huge social challenges. By 1981 as much as 60% of the population lived below the poverty line, unemployment was at 20% (perhaps twice as high among the youth), and twenty percent of those in the cities lived in shanties. There were bread riots and other popular protests. Improved economic growth (driven by privatisation), multiparty elections and a 1996 trade agreement with Europe alleviated some of the building social pressure.

King Mohammed VI, who succeeded his father King Hassan II in 1999, embarked on widespread social and political reforms, freeing political prisoners, improving the position of women under the law, improving social conditions, and stimulating the economy.

Nowhere can this be seen more than in Salé, on north side of the Bouregreg River from the capital Rabat.

Once a haven for pirates, Salé was the target of Western navies in retaliation for attacks on European traders crossing the Atlantic. Today its function is somewhat less dramatic; a satellite town to the nation’s capital. In its transition from pirate town to dormitory, its one million inhabitants largely got left behind, where conditions were by the end of the 20th century more akin to Mogadishu than Rabat: large slums, high unemployment, lack of economic diversification – with textile factories providing the majority of jobs – and poor water supply and sanitation.

Now another transition is in progress. In the last 10 years the city has changed beyond recognition.

A smart, modern tram links Salé to Rabat, the cost of single ticket being just 6 Dirhams (or $0.60). As we drove along the coast Aziz, our guide for the morning and a former Treasurer of Rabat, explained that ‘neither Rabat or Salé had focused much on their seafronts’. Now they are proud owners of wide promenades demarcated by strips of well-tended grass and palm trees. The slums have now largely been cleared and replaced with five story blocks of flats, roads widened, order restored and swirling dust reduced. Funding has been a mix of public and private. The government has consciously focused resources on improving the urban environment putting, for example, 30 percent of all VAT and five percent of income tax receipts towards city projects. A special bank, the FEC, or Fonds d’Equipement Communal, offers concessionary finance for city governments.

The government has also incentivised the private sector to play its part by providing land and generous tax breaks. It has likewise encouraged home ownership.

As Aziz explains, “In Morocco everyone wants to own a tomb of life.” Thus the government has provided, for those in social housing, access to finance up to 65% of the property value, and applies no VAT on these transactions. Loan repayment periods have been extended from 15 to 25 years.

This moves reflects a groundswell of profound governance changes in granting more power to local authorities. “The 2011 constitution,” remarks Dr Abdellatif Benchharifar, a member of the 22-strong commission that delivered the draft, “was about both devolving power and improving government efficiency.” A new law passed in January 2016 requires local communities to prepare, within 12 months, a six-year development plan which will be funded in partnership with the central government.

The devolution of money and power is not, of course, by itself enough. “There is a danger,” reflects Nizar Baraka, President of the Conseil Economique Social et Environemental, “of sustainability and social cohesion. We need to guard against creating people without education, cities without green spaces, apartments without jobs.”

Without education, public transport, skills and jobs, slums could re-emerge around new housing developments on the city periphery. Baraka stresses:

“We need sustainable urbanisation, and to integrate these areas into the city.”

Salé now boasts a new ‘technopark’ modelled on the success of a similar enterprise in Casablanca. At the mouth of the Bouregreg River is a new Marina development, with high-price apartments, restaurants, shops, sports facilities and, critically, fresh jobs. With a need to create jobs for 200,000 graduates every year, the pressure is on not just to plan, but to do.

Morocco is not without its challenges. The street protests of 20 February 2011 were a sharp reminder that the country was not completely immune from the sentiments of the Arab Spring. While GDP growth in 2015 was 4.4% the figure forecast for 2016 is below 2%. Its 2016 Budget highlights the government’s intention to consolidate the tax base, curb expenditure and instigate pension reform.

Photo: At the mouth of the Bouregreg River is a new Marina development, with high-price apartments, restaurants, shops, sports facilities and, critically, fresh jobs. (Greg Mills)

There is a wider resonance at the very moment Morocco prepares to once more take up its seat at the African Union after a 34-year hiatus.

The Kingdom is the largest source of African investment in Africa after South Africa, with a presence in 25 countries in banking, 27 in insurance, and 10 in the telecom sector, and with growing other interests especially in construction, renewables and agro-industry. Royal Air Maroc flies to 26 other African countries.

It is difficult now to imagine how such a modern looking city as Salé could just 17 years ago have been selected as a stand in for Mogadishu. It’s a city and a country in a hurry. DM

Dr Mills and Major General (rtd) Davis have been in Morocco for the Brenthurst Foundation’s Future of African Cities Project.

Main photo of Salé by Adam Jones via Wikimedia Commons.