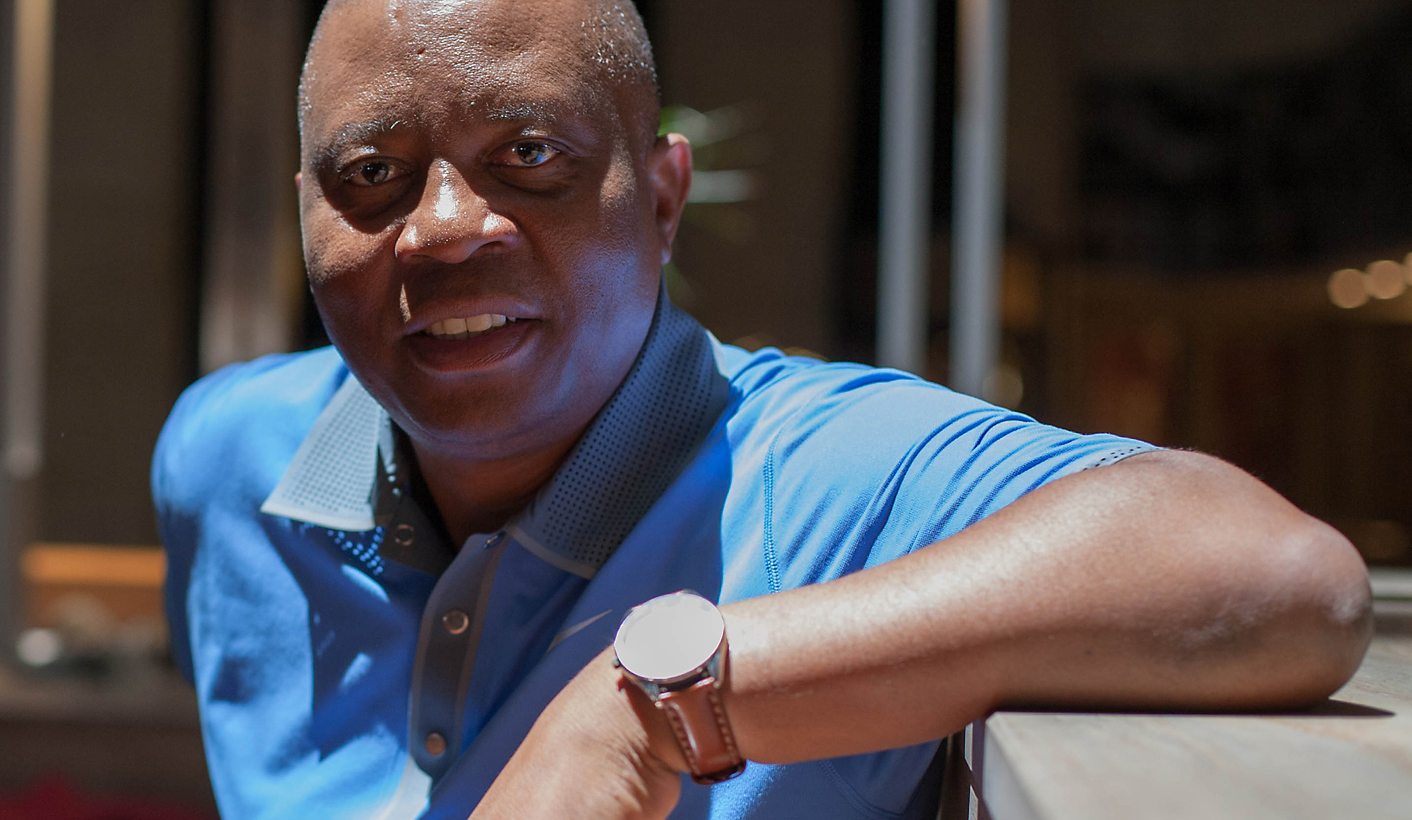 The DA on Monday took its third metro from the ANC following the local government elections. After a disrupted, delayed, and tragic day, Herman Mashaba was elected executive mayor of Johannesburg after opposition parties united against the ANC, writes GREG NICOLSON.

As mayor, Mashaba said he will focus on helping the private sector create jobs, ensuring prudent municipal spending, fighting corruption, and delivering dignity and basic services to the poor. In brief remarks after his election, Mashaba said it was important to begin work immediately on delivering the DA’s promises to voters.

Mashaba was elected after the ANC failed to win an outright majority in the City of Johannesburg. The DA won the council after the party’s coalition with the Freedom Front Plus, Congress of the People, United Democratic Movement and African Christian Democratic Party won support of the Economic Freedom Fighters. The EFF holds a decisive 30 seats in the city and despite misgivings about Mashaba’s commitment to the poor it backed the DA in order to oust the ANC.

Speaking after 21:00 on Monday, Mashaba said he will deliver his full acceptance address at the council’s first sitting on 13 September. He pushed back the speech after an ANC councillor died during the long council voting process.

“I can assure you that we’re going to run a government that will look after your money,” he continued.

Citing areas such as Alexandra and Zandspruit, Mashaba said, “People today with no toilets expected to live in a city regarded as a world-class African city, people of Alexandra expected to live without running toilets – this is not fair.”

Corruption would be the DA’s “public enemy number one”, Mashaba said. “We have to create Johannesburg to be that great city all of us want to live in.”

The inaugural council meeting was held at Johannesburg City Hall. City manager Trevor Fowler oversaw the process of swearing in councillors and electing a speaker.

“This is the first time since democratic government was established in Johannesburg that no single party has received an outright majority of seats in the council. It has created a situation where negotiations have been necessary to establish a municipal government,” said Fowler. “Some may ask if this is an appropriate outcome for an election where millions of ballots have been cast. However, our local government electoral system is unique and is a consequence of our struggle for democracy.”

Fowler told the councillors, “There may be a single party or many parties which are winners but we should remember it is but a fleeting victory in the aeons of time. The real winner is democracy.”

The EFF interrupted the event while councillors were taking their oaths and affirmations. The party has laid charges against the ANC’s Dan Bovu, who served as MMC for housing in Parks Tau’s administration. The EFF alleged that Bovu offered its councillors R500,000 to vote for ANC leaders, which Bovu has denied. EFF members objected before Bovu took his oath, saying they would not support a criminal. Fowler said the law must run its course and everyone is considered innocent until proven guilty. Once the EFF had made its point, the session continued.

The ANC nominated Constance Bapela to serve another term as speaker while the DA nominated Vasco da Gama, its caucus leader in the last city council. As the IEC prepared to conduct the first of the day’s three votes, the EFF and ANC tried to out-sing each other.

The election of the speaker was significantly delayed as party agents debated whether councillors could expose their votes to the crowd. The IEC decided ballots must be kept secret.

“If they want to show their ballot they’ll show it. We’re not going to tell them not to,” yelled the EFF’s Musa Novela before all parties then agreed to continue voting. The EFF and DA said showing your vote was a personal choice, but after a tense stand-off between EFF, ANC and IEC officials, voting was completed.

Da Gama won the speaker position with 145 votes to Bapela’s 126. The presiding IEC official said there was an irregularity: 271 votes were cast while the city has only 270. The extra vote did not imperil process and was not material to the outcome, said the IEC, which determined the vote was free and fair.

Over the weekend, the ANC said it was still in coalition talks and remained hopeful that it could lead the city. Da Gama’s win suggested only the African Independent Congress and Patriotic Alliance supported the ANC, clearing the way for the DA to take the mayorship. The ANC had won 44.99% of votes in Johannesburg, followed by the DA with 38.4% and EFF with 10.94%.

Da Gama, who then led the council meeting, said he accepted his new role with humility. He thanked Bapela for her work as speaker in the previous term.

“I will be a speaker who speaks less and listens more,” he said, stumbling through his inaugural speech. Moving to the election of Johannesburg mayor, the ANC nominated Parks Tau and the DA nominated Mashaba before proceedings were delayed again when an ANC councillor, Nonhlanhla Mthembu, fell ill. After an adjournment, the party’s Geoff Makhubo announced that the councillor had died.

Makhubo spoke of the pain the ANC caucus felt in losing a loyal comrade and suggested it would be “heartless” to continue. But the deceased might have wanted them to go on, he added. Da Gama said the vote would continue. After expressing their condolences, other parties agreed to vote for mayor and chief whip at the same time to hasten proceedings. The DA nominated Kevin Wax for chief whip while the ANC put Solomon Mogase forward.

As officials finished counting the votes, DA councillors cheered and congratulated Mashaba, raising him on their shoulders. Many of the ANC councillors had already left. EFF supporters continued singing victoriously until the final results were announced. Mashaba took 144 votes to Tau’s 125. The DA’s Wax took the position of chief whip, winning 146 votes to Mogase’s 123.

“Thank you, Mr Speaker, is this working? Can you hear me?” were Mashaba’s first public words as mayor. He thanked his fellow councillors, Da Gama, voters, Fowler and the IEC. He gave particular mention to EFF leaders Floyd Shivambu and Mbuyiseni Ndlozi, who were at the council meeting. “Thank you very much for what you’ve done for this country.”

“I feel truly honoured to be standing in front of you seven months after hard campaigning.”

He expressed his condolences to the ANC over the death of its councillor and announced that he would postpone his full acceptance speech.

“All of us are hard workers but we’ve got limits to how far we can stretch ourselves. Tomorrow is another day,” Mashaba said.

The new mayor hoped to name his mayoral committee by Wednesday.

“Five years is not a long time and we’re sitting and facing a massive challenge ahead of us. Speed is of the essence.”

ANC Johannesburg chairman and former mayor Parks Tau on Sunday said the party was confident its ongoing coalition discussions would see the ANC elected but if it failed the party was ready to work on the opposition benches.

“Should the need arise that we assume an opposition position, we remain committed to protect our radical spatial and socio-economic transformation agenda to ensure that the quality of life in Johannesburg is equally desirable for all its residents,” said Tau.

The DA’s agenda in Johannesburg will continue to rely on the support of its coalition partners and the EFF. While Mashaba gets to work, if Monday’s voting process is anything to go by, it could be an interesting five years. DM