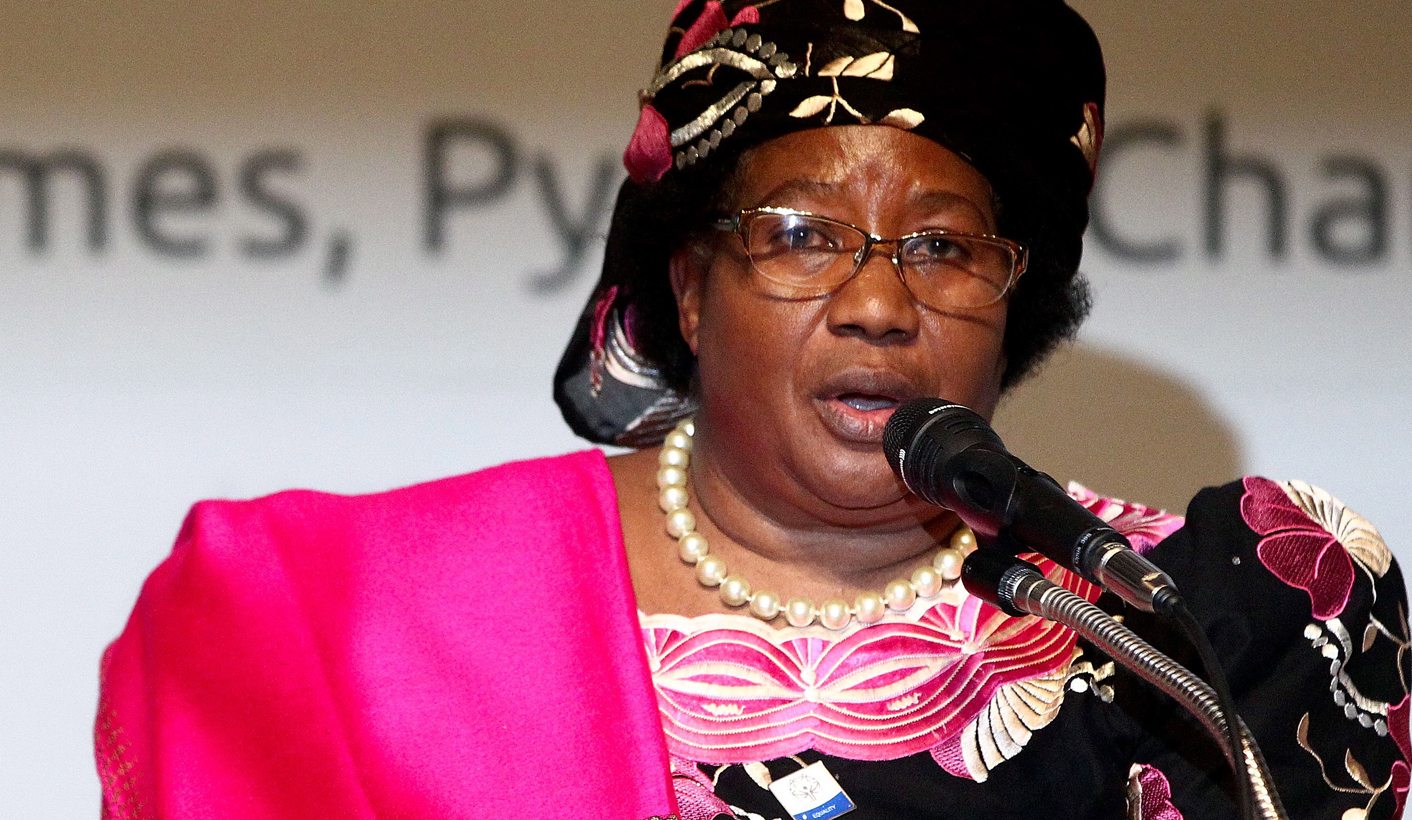 An influential watchdog that monitors Malawi’s extractive industries is demanding an explanation for a mysterious payment of $235,700 (89-million kwacha) to Joyce Banda’s former government by a company that landed major oil and gas exploration concessions on Lake Malawi. By Collins Mtika for CENTRE FOR INVESTIGATIVE JOURNALISM MALAWI.

The payment, by the state-owned UAE company RakGas to the Reserve Bank of Malawi’s account for the mines department, was made in April 2014, barely a month before the election that toppled Banda.

It was deposited at a time when all licences were supposedly suspended because of suspected irregularities.

The unusual wire transfer was picked up and queried by independent consultants LBN Strategies of Cologne and Lilongwe-based Resources M&E while examining the Reserve Bank’s accounts as part of a scoping exercise for government.

Asked about the deposit, bank spokesman Mbane Ngwira said: “The reserve bank is just a banker to government. It may not know why certain sums are coming at certain times.”

In an e-mailed response, RakGas communications officer Chimwemwe Chikusa maintained that the money was paid for licence fees and annual ground rent.

However, the country’s only network for the extractive industries, the Natural Resources Justice Network, remains unconvinced. It is spearheading a campaign dubbed “Publish What You Pay Malawi” (PWYP) that is seeking answers from the government of President Peter Mutharika.

The network embraces 33 nongovernmental organisations, including ActionAid Malawi, Oxfam Malawi, the Catholic Commission for Justice and Peace and the Media Institute of Southern Africa.

“What was this money for and how has it been used?” asked PWYP in a press release headed “Five Unanswered Questions on Exploration of Oil and Gas in Malawi’s Lake and Land”.

More than eight months into the campaign, the government has not provided an answer.

One implication of its silence is that Malawi may be falling foul of its commitments as a newly admitted member of the Extractive Industries Transparency Initiative (EITI), a global body.

Launched by former British premier Tony Blair at the International Conference for Sustainable Development in Johannesburg in 2002, the 48-member EITI seeks to roll back the plunder of oil, gas and mining resources by elites and combat the so-called “resource curse” in the developing world.

It sets standards for transparency called “the EITI standard”.

The country is required to publish its first EITI report within 18 months of becoming a candidate, disclosing all revenues from its extractive industries.

But in August 2015 new government data was unveiled asserting that the country has other valuable mineral deposits including gold, platinum, rare earth minerals, iron, copper, coal, oil, gas, diamonds and other gemstones.

According to government projections, the extractives sector will contribute 20% of Malawi’s GDP by 2020.

However, the awarding of six petroleum exploration licences between 2012 and 2014, under the presidencies of Bingu wa Mutharika and Joyce Banda, was fraught with controversy.

Less than two weeks before the 2014 election, Banda’s government entered production-sharing agreements with RakGas MB 45 – a RakGas subsidiary registered in the secrecy jurisdiction of the Cayman Islands – before any proven oil discoveries.

PWYP remarked that this went against international best practice.

In November 2014, Mutharika’s new government suspended all licences and agreements “to ensure that [they] were granted or …. signed for the benefit of the people of Malawi and done in accordance with all the relevant laws of the country”.

A report by the local offshoot of the EITI, the Malawi Extractive Industries Transparency Initiative, said it was “noteworthy that two payments from companies were made after the suspension of licences”.

The broad hint that irregularities were suspected in the licence award process was strengthened by a leaked legal opinion from the attorney-general, Kalekeni Kaphale, last year, suggesting that some licences should be revoked.

This was because three of the concessionaires, RakGas, Ghana-based Pacific Oil and Hamra Oil, were allegedly connected by a thin “corporate veil” apparently intended to circumvent the rule that one company could not hold two contiguous exploration blocks.

Kaphale also said he believed the production-sharing agreements signed by the mining ministry, against the advice of the solicitor-general, should only be entered into on the confirmed discovery of petroleum.

However, in February this year the minister of foreign affairs, George Chaponda, suddenly announced that the ban on exploration had been lifted on four of the six blocks on Lake Malawi.

The government still had “issues” with blocks four and five, awarded to RakGas, said mining minister Bright Msaka, as there were no production-sharing agreements [with Malawians] on these blocks”.

“The president is clear that such agreements should benefit Malawians,” Msaka said.

No clarity has been provided on whether the irregularities flagged by the attorney-general have been dealt with. “Has the government of Malawi cancelled some of the licences and renegotiated the production-sharing agreements in line with the attorney general’s legal opinion?” demanded PWYP.

The network said there is no evidence that the licensing process “was done transparently and openly to attract the best and highest bidder”.

It also asked the government to clarify its position on whether it would allow exploration in the Lake Malawi National Park, a World Heritage site.

After a “reactive monitoring visit”, Unesco asked the Malawi government to ensure that no explorations rights were granted in the park, which should be protected by a buffer zone and extended.

By December last year, the government had responded to Unesco only to ask for an extension of the deadline to make its decision.

Joyce Banda left Malawi shortly after the 2014 election and has not returned. She could not be contacted for comment. DM

Compliance and complicity: The role of India’s judiciary in the advancement of ‘democratic totalitarianism’