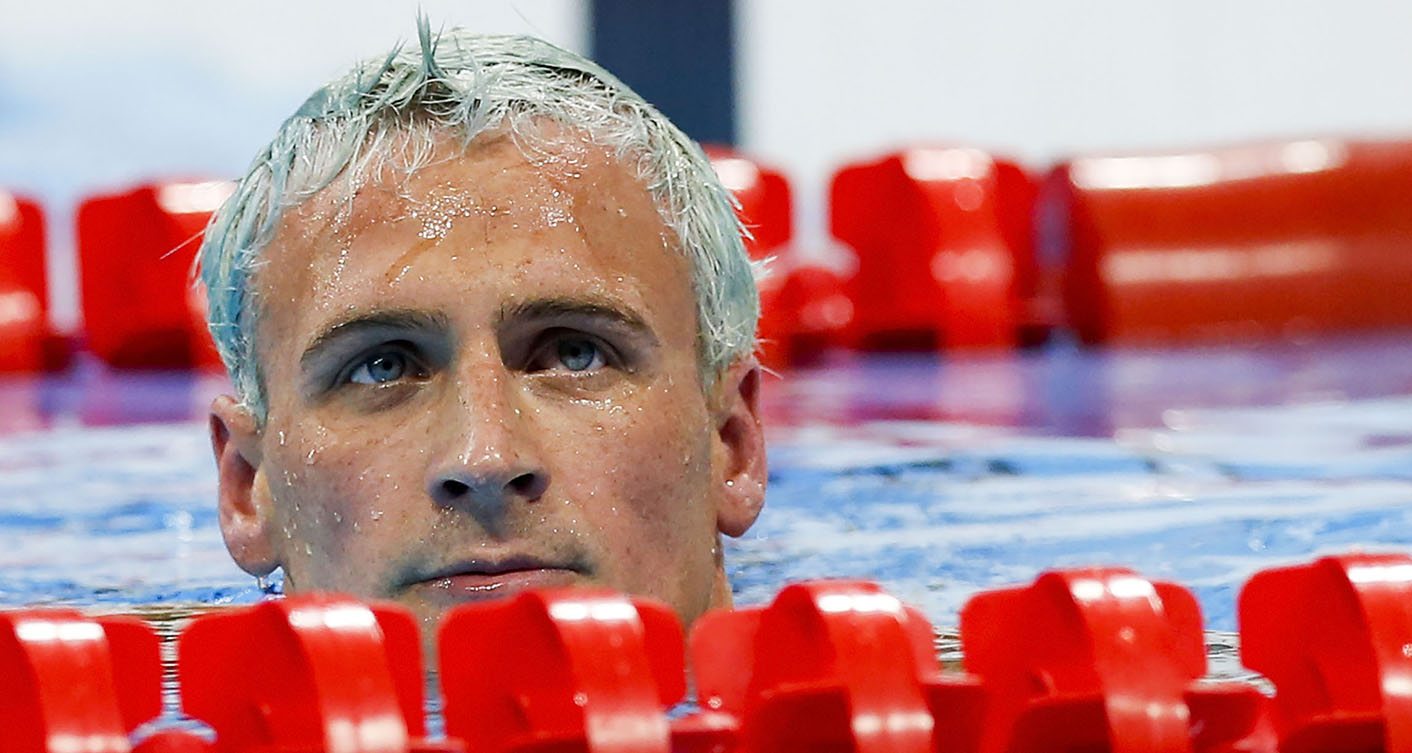 Star US swimmer Ryan Lochte and three of his Olympic teammates were not robbed in Rio as they claimed but tried to flee after apparently vandalizing a gas station bathroom, police said Thursday.

Rio de Janeiro’s police chief said it was not clear if the Team USA athletes would face any charges over the incident.

“There was no robbery of the kind reported by the athletes,” the head of the civil police, Fernando Veloso, told a press conference.

He said the medal-winning swimmers were thought to have vandalized the bathroom of a gas station where they had stopped off in a taxi. They were then detained by a security guard, as shown in a surveillance video.

Veloso said Lochte was thought to be drunk. The athletes were suspected to have tried to leave in a taxi before being detained at the station.

Veloso said it was still not decided what charges, if any, would be brought against the swimmers accused of making up the robbery story, which caused huge embarrassment to Rio Olympics authorities.

He called on the swimmers to apologize to the city of Rio.

Lochte had said at the weekend that he and his teammates were mugged at gunpoint, but their version of events crumbled after surveillance video showed them in an altercation at the gas station, and the timelines did not match.

The four swimmers are seen in the video getting out of a taxi after a man identified as the security guard approaches. Later they are seen being made to sit on the ground.

The security camera footage came hours after two of the swimmers, Jack Conger and Gunnar Bentz, were hauled off a plane about to leave Rio de Janeiro for the United States and taken in for questioning.

Lochte had already flown back to the United States. The fourth swimmer involved, James Feigen, was still in Brazil.

Lochte, 32, one of the most visible faces of the Olympics and winner of six gold medals, told media that the four had been robbed at gunpoint by a man claiming to be a policeman.

His report caused the Olympic authorities huge embarrassment, highlighting security worries at an Olympics where Brazil has deployed 85,000 police and soldiers — double the number used in the 2012 London Games.

However, the authorities soon raised doubts over the veracity of the allegation and the swimmers could face charges of filing a false claim with police.

A judge on Wednesday had ordered the swimmers to be detained and their passports confiscated.

Bentz, and Feigen “are cooperating with authorities and in the process of scheduling a time and place today to provide further statements to the Brazilian authorities,” said Patrick Sandusky, spokesman for the US Olympic Committee.

The scandal overshadowed sporting action in the second week of South America’s first Olympics, coming simultaneously with the arrest in Rio of International Olympic Committee member Patrick Hickey on allegations of taking part in a black market ticket ring.

Hickey fell ill during his arrest Wednesday. He left hospital on Thursday in a black car following a police car. He was expected to face interrogation.

Lochte’s story got worldwide attention and touched a nerve in Rio, where violent crime is common.

In addition to multiple incidents of theft from Olympic athletes and media, a Portuguese government minister was mugged in Rio’s swish Leblon district.

On Thursday, British Olympic officials confirmed that an athlete had been robbed while returning to the Olympic Village, but was “safe and well.”

Lochte’s story was particularly alarming because it supposedly involved police or someone claiming to be police.

He said an assailant put a gun to his forehead after the swimmers’ taxi was pulled over by criminals who forced them to lie on the ground and stole money and other items.

“The guy pulled out his gun, he cocked it, put it to my forehead and he said, ‘Get down,'” Lochte recounted.

The chief spokesman for the Rio Games, Mario Andrada, showed sympathy for the swimmers and said they should be cut some slack.

“We need to understand that these kids were trying to have fun. They came here, they represented their country to the best of their abilities. They trained for at least four years and they competed under gigantic pressure,” Andrada said.

“They are magnificent athletes, Lochte is one of the best swimmers of all times. They made a mistake – it is part of life.” DM

Photo:  Ryan Lochte of the USA reacts after competing in the men’s 200m Individual Medley Final of the Rio 2016 Olympic Games Swimming events at Olympic Aquatics Stadium at the Olympic Park in Rio de Janeiro, Brazil, 11August 2016. EPA/PATRICK B. KRAEMER