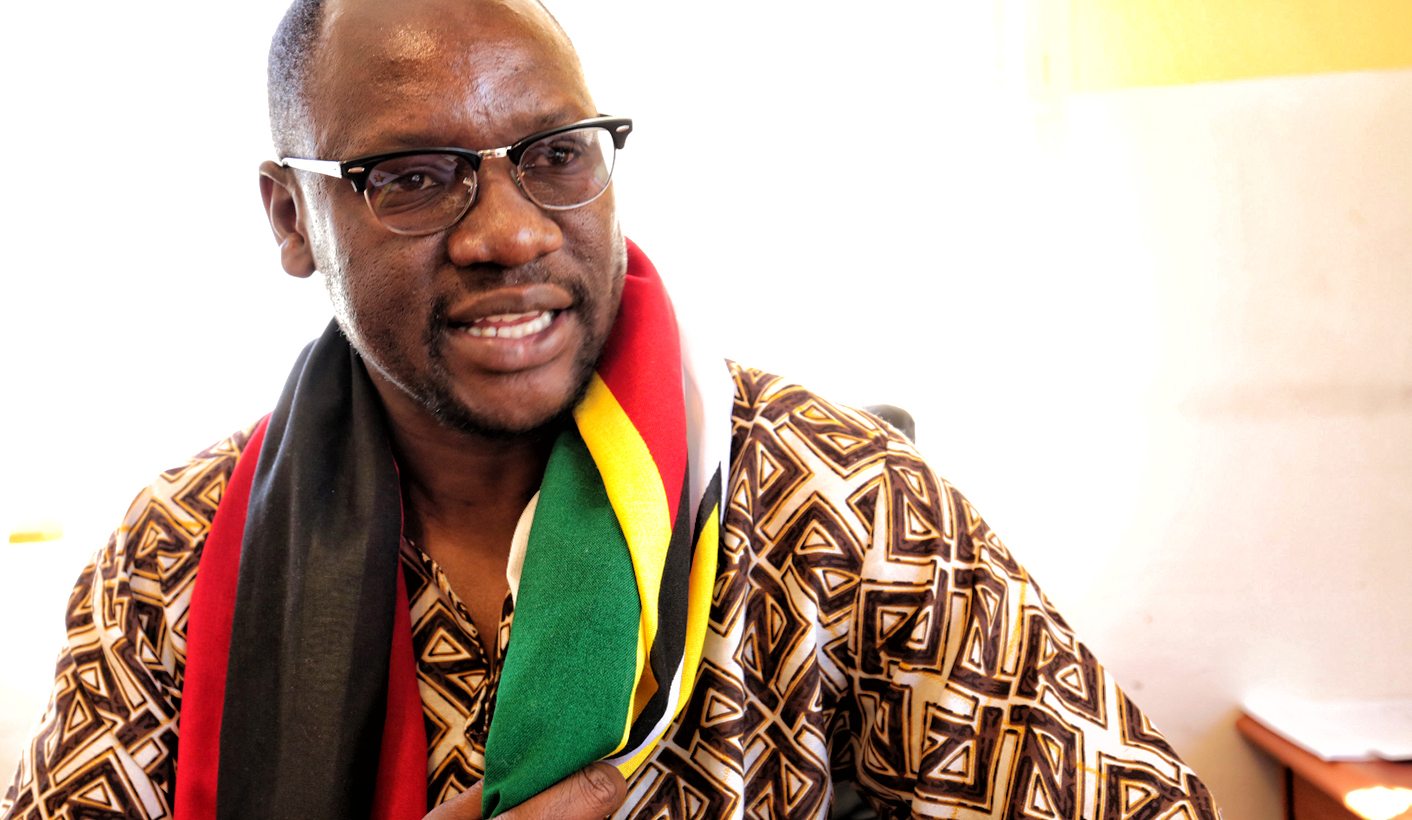 No one can blame Pastor Evan Mawarire for fleeing Zimbabwe, and he’s certainly doing all he can to fight the good fight from abroad. But his extended absence from the country robs the nascent #ThisFlag movement of a powerful figurehead. Is it bigger than him? By SIMON ALLISON.

On the night that Pastor Evan Mawarire fled Zimbabwe, on 15 July, I spoke to one of his fellow activists, trying to get a sense of what it meant. At the time, Pastor Evan was insisting that his departure was for a previously scheduled event, and nothing to do with the political whirlwind in which he and his family had been engulfed. The government’s skilled propagandists, meanwhile, jumped on his exit as proof that the pastor was being paid by foreign powers, that he was a coward, that he didn’t practice what he preached.

“We will miss him,” Mawarire’s colleague admitted. “But this is bigger than one man.”

I wasn’t so sure. Mawarire’s #ThisFlag campaign had, in just a few short months, almost single-handedly resuscitated opposition politics in Zimbabwe. Its positive message of change, combined with its explicit rejection of party politics, had struck a chord with disaffected urbanites, while the canny use of social media had amplified the message.

But it was much more than a social media movement. When Mawarire was arrested, on trumped up treason charges, a crowd of thousands protested outside the Magistrate’s Court in Harare. This show of public defiance – unprecedented in recent Zimbabwean history – forced the magistrate to uphold the letter of law, and let Mawarire go.

From nothing, Mawarire had created an incredibly subversive challenge to the regime. But it also relied on his energy and charisma, and I wasn’t sure that anyone else would be able to harness and maintain the power that he had unleashed. Every movement needs a figurehead, and Mawarire was it.

Fast forward a month, and Mawarire hasn’t come home. It’s unclear if he can. His previously scheduled trip has turned into a de facto exile, and his family have joined him. And who can blame them? Zimbabwe is a dangerous country for political dissidents, and Mawarire is currently the most threatening of the lot. Unquestionably, his life is at risk.

It must be remembered that Mawarire did not sign up for this. His YouTube video which started the whole thing was filmed spontaneously, in anger; he could hardly have foreseen how it would thrust him into the limelight, and he also can’t be expected to further endanger himself or his family.

Nor does he need to. The pastor may have thrown the stone that cracked the façade of the regime’s omnipotence, but popular resistance has not halted in his absence. If anything, it has intensified.

Just look at the events of the last week. On Saturday, both major opposition parties staged a joint march in Gweru, their leaders – Morgan Tsvangirai and Joice Mujuru – holding hands in a powerful symbol of opposition unity. On Monday, the Rural Teachers’ Union of Zimbabwe began a ten day, 200-kilometre march on Harare to demand better working conditions. On Tuesday, Occupy Africa Unity Square held a vigil outside the court in Mbare where activist Linda Masirira remains in custody on trumped up charges. On Wednesday, youth movement Tajamuka marched on the Central Harare Police Station to protest against the introduction of bond notes. They were met with tear gas and water cannons, despite attempting to give the police flowers as a sign of peace. On Thursday, the National Vendors Union marched on the same police station, protesting against the routine confiscation by police of street vendors’ wares. Another brutal response saw police assault protestors.

There are two conclusions to draw from all this activity.

First, there is still plenty of momentum in opposition ranks, with or without a charismatic figurehead. Even if social media mourns his absence, real Zimbabweans do not appear to need Pastor Mawarire to lead the resistance.

Second, this resistance is coming from all quarters. #ThisFlag is just one of a number of different organisations and initiatives that are tackling the government head on. And while #ThisFlag may have garnered the publicity, and energised activists, these other organisations are doing much of the hard and risky work of planning protests and mobilising people to join them.

“The media have turned Pastor Evan into some kind of symbolic messiah, which he’s not. His is one of a number of movements taking place in what is clearly a renewed phase of anti-government activity,” said Piers Pigou, southern Africa senior consultant for the International Crisis Group.

So yes, Zimbabwe misses Pastor Evan. But the resistance movement really is bigger than one man. DM