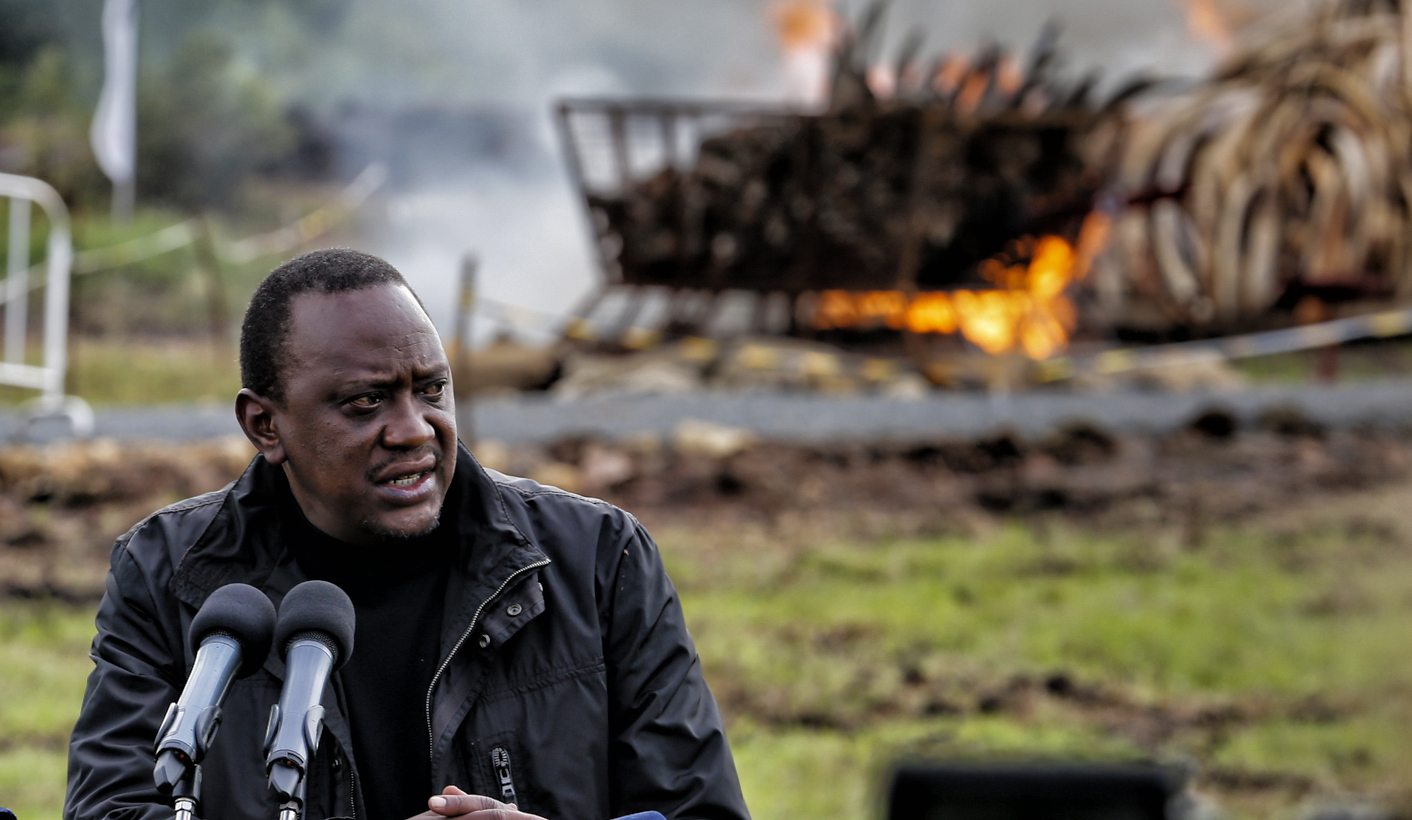 Since 2013, Kenya has been governed by the Jubilee Coalition, an alliance of political parties under the leadership of President Uhuru Kenyatta. Ahead of next year’s poll, Kenyatta is tightening control even further, turning the coalition into a single party – with himself at its helm. By NJERI KIMANI.

In an ambitious move to garner votes and clinch victory in the 2017 elections, the ruling Jubilee Coalition has embarked on a move to dissolve smaller political parties.

Coalition members have been swallowed into the new Jubilee Party Kenya (JPK). Already, nine parties have ditched their own independence, instead throwing their lot in with the newly formed party which President Uhuru Kenyatta will use to seek re-election in 2017.

The new party will be formally launched next month at Kasarani Stadium in Nairobi.

Last week, the nine constituent parties, which had already issued notices of merger to the Registrar of Political Parties, met at State House. The notices were signed by the secretaries-general of the respective parties, indicating that they have confirmed that all the procedures had been followed and completed to allow the formal merger.

The move comes a few days after President Uhuru Kenyatta signed into law the Political Parties Amendment Act 2016, which ensures that affiliate parties can merge to form a bigger one without their members losing their elected positions.

The law previously stipulated that when a political party merges into another, elected officials from that party shall be deemed to have joined another, and would thus lose their position.

Former President Mwai Kibaki’s Party of National Unity (PNU) is also among the parties that will formally join the JPK.

The birth of the new party has attracted a fair amount of criticism. However, President Kenyatta assured Kenyans that the merger of the parties would be good for Kenya’s democracy.

“Instead of having many small parties that are affiliated to different tribes it’s easier to have few who can sell the manifestos and bring change to the country. I am calling on all aspirants allied to these parties to go for nominations. Even if you lose we can fix you in a state job,” he said.

JPK steering committee Chairman Noah Wekesa said the new party will be able to curb the increased cases of tribalism in the country and in party leadership.

“JPK will be an all-inclusive party with national outlook which will in turn enable us to reduce tribalism and ethnicity in the country,” said Wekesa.

Critics say that the new party is designed to consolidate President Kenyatta’s hold on the country, and eventually usher in a new era of single party politics.

“It is meant to control Kenyans and to return us to the era where we could not speak our minds or criticise the government,” said Bomet Governor Isaac Ruto.

Nakuru County Accountability chairman Joseph Omondi claims the move is meant to create a soft landing ground for Ruto when he vies for the presidential elections in 2022. It also will create boost Kenyatta’s chances of winning in the 2017 vote.

“The merger is meant to make Ruto comfortable in the post-Uhuru scenario. He is building his own political network and a strong base especially by targeting parties from other tribes since he is not sure of the Kikuyu votes. Kikuyus are known to vote on tribal lines and hence, in case a section of them decides to vote him in, he will have the advantage of full support from the other tribes,” he said.

Omondi said that the new party would make it hard for people to defect to other parties, and would ensure that JPK holds a majority in the senate and parliament.

“It will create a scenario of either you have the ticket or you’re out of the race. In cosmopolitan areas like Nakuru and Kibera, it will be a major challenge choosing who to give the ticket to since many tribes had formed the initial negotiated agreement, especially in 2013,” he added. DM