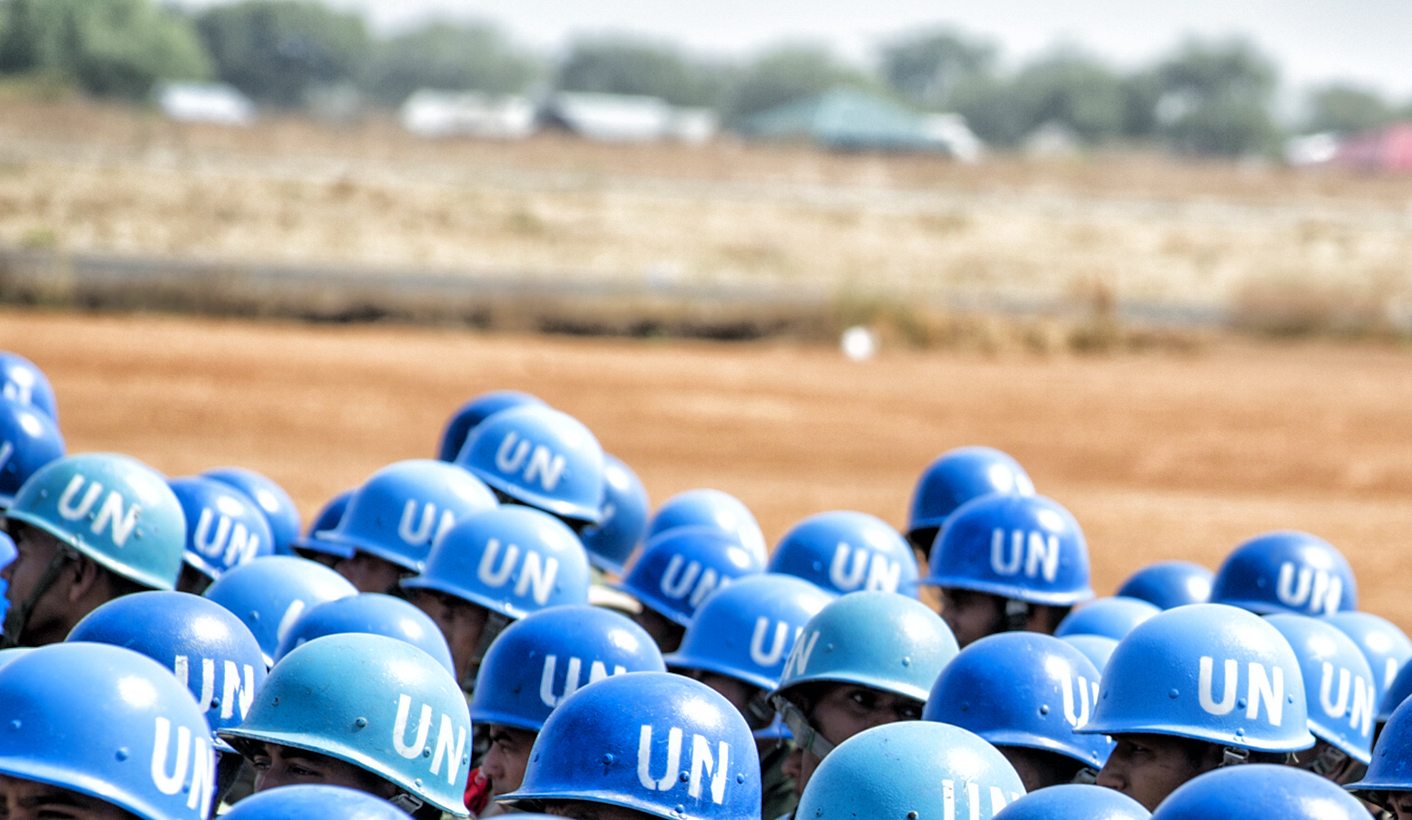 Humanitarian work in war zones is always risky, but it has just become a lot more so. While horrific abuses against civilians in South Sudan are nothing new, the attack on aid workers in Juba showed that United Nations peacekeepers are even weaker than previously thought. By SIMON ALLISON for ISS Today.

This article was first-published by ISS Today.

On 11 July at around 3pm – just as a new bout of fighting in Juba was beginning to die down – dozens of government soldiers stormed into the Terrain Hotel. The hotel is popular with expatriates and international aid workers. Over the course of the next four hours, occupants of the hotel were gang-raped, robbed and assaulted, with American citizens especially targeted.

In the context of South Sudan, such atrocities – while horrific – are nothing new. The country’s civil war has been unimaginably brutal, and gross human rights violations and war crimes have been well-documented. Even the African Union’s report into human rights violations found that both sides have been culpable of the most egregious offences, including murder, mass rape, torture and the use of child soldiers.

During the attack, panicked victims phoned and messaged whoever they could think of for help, including embassies and the nearby United Nations (UN) base, just a mile away, where thousands of well-armed peacekeepers were stationed. The peacekeepers chose not to intervene, allowing the crimes to continue.

One American who was released from the hotel approached United Nations (UN) troop-contributing countries directly. “Everyone refused to go. Ethiopia, China and Nepal. All refused to go,” he told the Associated Press.

The UN’s inaction has provoked a storm of criticism. “We are deeply concerned that United Nations peacekeepers were apparently either incapable of or unwilling to respond to calls for help,” Samantha Power, the United States Ambassador to the UN, said on Monday. On Wednesday, the UN Secretary-General ordered an independent special investigation into the incident.

Unfortunately, UN inaction in South Sudan is nothing new: the UN has a track record of failing to respond to attacks on South Sudanese civilians. “The UN peacekeepers in South Sudan are mandated by the UN Security Council to use force when needed to protect civilians from imminent harm. The UN mission hosts nearly 200 000 displaced people on several of its bases. However, it has repeatedly failed to effectively protect civilians from armed attacks in or near its bases, underscoring wider problems in its effectiveness,” said Human Rights Watch in June, in a statement documenting some of these failings.

But although depressingly familiar, the attack on the Terrain Hotel – and the failure of the UN to respond to it – was different to other atrocities in one key aspect. The identity of the victims underlined that aid workers are now targets in South Sudan, while the UN’s passivity shows that it is unable – or unwilling – to protect them.

This could have serious ramifications for the provision of humanitarian aid, both in South Sudan and elsewhere.

Aid workers in war zones accept a certain level of risk. It comes with the territory, after all. But an enormous amount of effort and planning goes into mitigating those risks, and UN peacekeepers play a central role in those plans.

Proximity to armed peacekeepers is supposed to confer a degree of security – it’s no coincidence that the Terrain Hotel was so close to a UN base. It was popular with aid workers for precisely that reason.

But the 11 July attack has shattered that sense of security. The message it sends to aid workers is that the UN will not intervene to save them. This, inevitably, changes the risk calculus. Many aid workers will leave South Sudan. Some NGOs will close up shop. Convincing others to take jobs in Juba, or elsewhere in the country, will become much harder – and much more expensive.

ISS Today spoke to one international development worker, who was present in Juba at the time of the Terrain Hotel attack. He said that following the incident, his family drew a ‘red line’, insisting that he does not return. And he agrees – it is simply too dangerous. Nor does he think that plans to beef up the UN contingent with 4,000 extra troops will make a difference. “This just gives the illusion of a real peacekeeping capability. If anything, that endangers civilians even more,” he said.

The humanitarian situation within South Sudan remains grave. At least five million people are at risk from food shortages, with 1.6 million internally displaced. Government services are effectively non-existent, which means that the international humanitarian community – including UN agencies – are the primary source of emergency food supplies and healthcare in the country.

Although impossible to measure, the long-term impact of a reduction in international humanitarian assistance could be catastrophic.

Across the world, the delivery of international aid and development assistance has just become a lot more dangerous. And therefore more difficult, and more expensive – and even less likely to make a difference to the people who need it the most. DM

This article was first published on ISS Today.