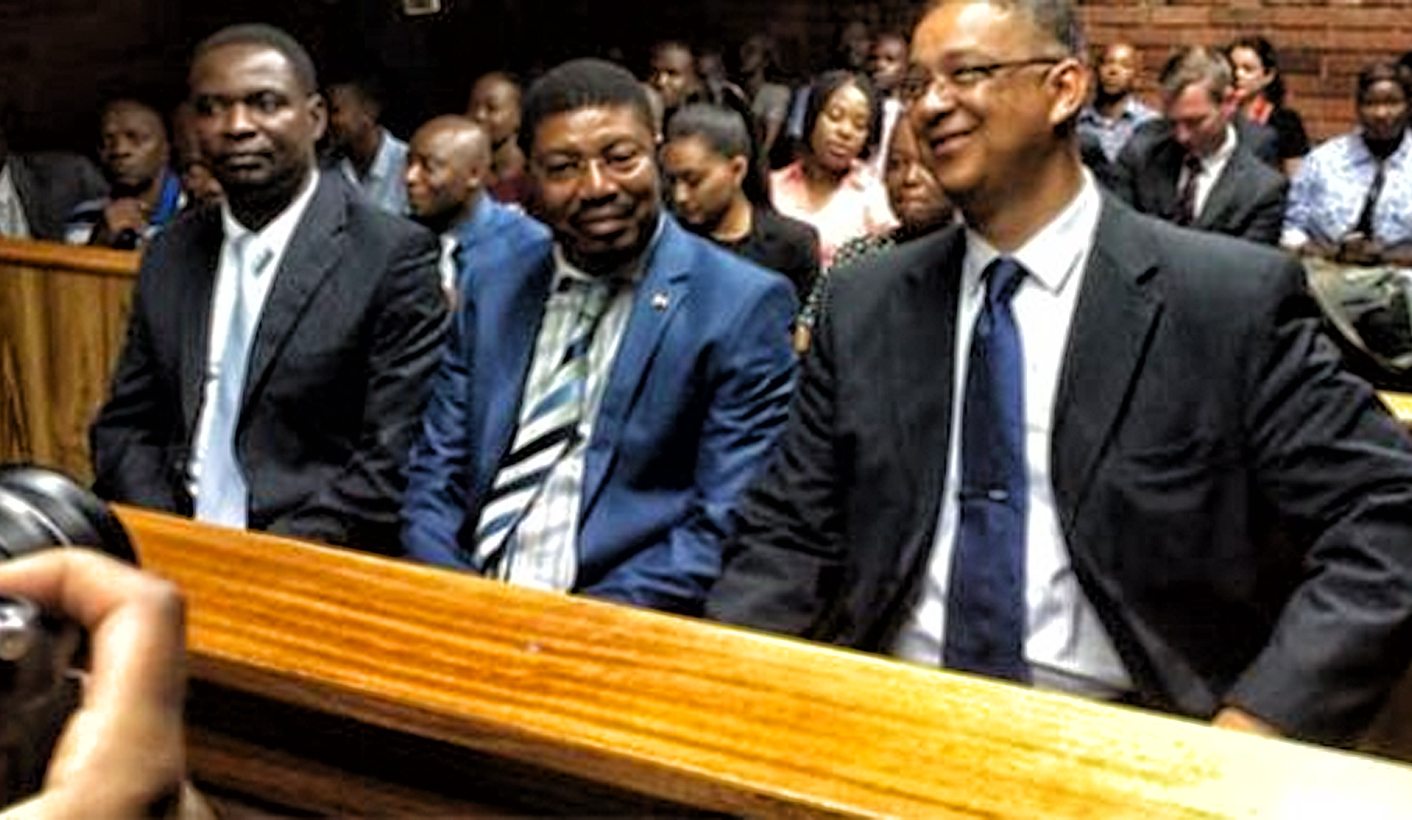 Matthews Sesoko, the man who signed off the final Independent Police Investigation Directorate report exonerating Hawks head Anwa Dramat and Gauteng Hawks Head Major-General Shadrack Sibiya on the Zimbabwean rendition matter, has been summarily dismissed. In a disciplinary hearing, Sesoko, who is in hospital, was dismissed from the department after being found guilty in absentia of gross misconduct and defeating the ends of justice. By MARIANNE THAMM.

Previous important read on this subject:

Sesoko had been admitted to hospital a few days earlier for an undisclosed condition. Sesoko’s hearing continued nonetheless with Zondo ruling on Tuesday that the matter should proceed despite Sesoko not being present.

Zondo also chaired disciplinary proceedings against Sibiya in September 2015 where the Gauteng Hawks head was also found guilty of gross misconduct. Sibiya had alleged that the charges were spurious and had been brought about as a result of an investigation into charges of murder involving former intelligence head Richard Mduli. Sibiya has subsequently challenged the findings.

Sesoko’s legal representative, Thabiso Maseko, was not permitted on Tuesday to continue cross-examining Advocate Anthony Mosing, a witness for IPID in the disciplinary who had also been a central figure in bringing charges against various officials regarding the alleged “renditions”.

Mosing, according to an amaBhungane investigation, headed a special projects division in the NPA which reported to its controversial head Nomgcobo Jiba. The rendition case was reportedly named “Project X”.

In July 2012 amaBhungane exposed how Mosing and Jiba ally Lawrence Mrwebi were key to interventions that saw charges withdrawn against President Jacob Zuma’s allies in the “Amigos case” involving an alleged corrupt donation to the ANC in KwaZulu-Natal in return for tenders in the provincial department of health. It was also Mosing who reportedly recommended that charges be withdrawn against Zuma provincial allies Mike Mabuyakhulu and Peggy Nkonyeni.

In a statement, IPID Acting National spokesman, Robbie Raburabu, said Sesoko had been charged with “gross misconduct involving dishonesty and defeating the ends of justice” and that the chair of the disciplinary hearing had found him “guilty as charged and pronounced a sanction of dismissal on Tuesday 16 August 2016”.

“Sesoko together with the Executive Director of IPID, Mr Robert McBride and Mr Innocent Khuba, the now dismissed Provincial Head of Limpopo, were accused of unlawfully altering a report into the alleged illegal rendition of Zimbabwean nationals during November 2010 and January 2011,” said Raburabu.

In June 2016 Sesoko, (a co-accused along with former IPID Limpopo head, Innocent Khuba on charges of defeating the ends of justice) asked the Labour Court to stay his disciplinary hearing pending a High Court application he brought that month. Sesoko’s Pretoria High Court Application is essentially a replication of McBride’s application to the Johannesburg High Court seeking to find sections of the IPID Act unconstitutional. He also sought the setting aside of the appointment of IPID’s Acting Executive Director, Israel Kgamanyane.

In his founding affidavit to the High Court, Sesoko said that during a meeting in which he was informed of his suspension, Kgamanyane had “kept referring to third parties as ones giving him instructions to put me on suspension”.

“In the context of the discussion I understood the instruction to be coming from the Minister (Nhleko),” says Seseko in his affidavit.

Seseko alleged that this also occurred when Kgamanyane suspended his colleague Innocent Khuba. It was Khuba who filed a chilling affidavit in his criminal case in March this year stating that a colonel in Crime Intelligence (CI) had become involved in the investigation into the illegal Zimbabwean renditions and that it was CI that had arrested the men in the first place. Khuba maintains that he had been instructed to keep their involvement secret.

In the affidavit, Khuba exposed the alleged involvement of Lieutenant-General Mthandazo Ntlemeza, current head of the Hawks (who replaced Dramat) and who was then Deputy Commissioner of Police in Limpopo. Ntlemeza, claimed Khuba, had offered additional information about the Zimbabwean case and had also told him that former Crime Intelligence chief, Richard Mdluli, “was looking out” for his interests and that he should not be afraid. Ntlemeza also allegedly inquired when Khuba would be submitting his report on the rendition.

It is unclear at this stage what Sesoko’s future course of action will be. DM