Analysis: Tackling the deadly duo of TB and HIV/Aids in South Africa 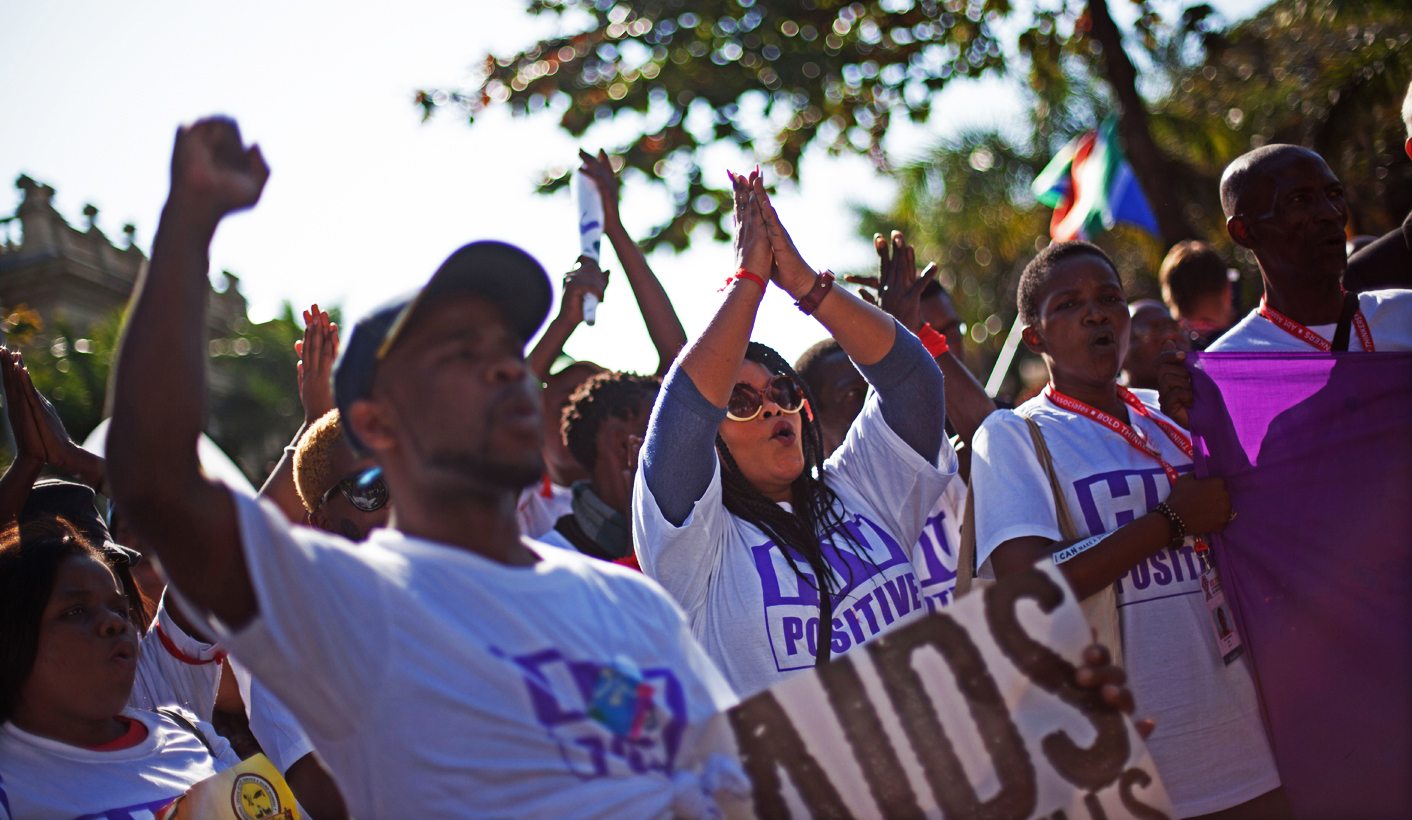 South Africa ranks third of the 22 countries with a high incidence of TB. Patients with HIV are a whopping 26 times more likely to contract TB, yet there are significant challenges in diagnosing the disease in people with HIV. Funding, also, is a significant challenge. But there are signs that the tide is starting to turn. Late in July, the launch of a R1.2-billion Africa Health Research Institute in KwaZulu-Natal was announced, potentially making research data from the largest population study in the country available to tackle these two dreaded diseases. MARELISE VAN DER MERWE found out more.

Late in 2015, TB was named the leading cause of death from infectious disease, although 2015 was the Millennium Development Goal deadline for cutting down the number of TB cases globally. According to the World Health Organisation (WHO), TB remains one of the top five causes of death in women aged 15-44, and in 2014 an estimated 1-million children contracted the disease.

Close to home, the problem is even more significant. Three-quarters of the world’s patients who are co-infected – that is, suffering from both TB and HIV/Aids – live on the African continent.

TB and HIV/Aids are something of a gruesome twosome for healthcare providers. TB alone kills more people annually than HIV/Aids, and in combination, both are even deadlier. TB is the leading cause of death among HIV/Aids patients, says Professor Deenan Pillay, director of the abovementioned Africa Health Research Institute in KwaZulu-Natal, which is set to open officially in October – and will have an extensive focus on the HIV-TB link. “HIV and TB form a lethal combination, each speeding the other’s progress,” he explains.

New research released last week noted the importance of co-ordinated efforts to treat HIV and TB. Treatment guidelines, argues MD Magazine, are in some respects still outdated. TB, as an opportunistic infection, is contracted particularly easily by patients with HIV/Aids. Head of the Stop TB partnership, Minister Aaron Motsoaledi, has called them “two sides of the same coin”. Yet TB continues to draw the short straw when it comes to funding – even taking into account that overall support for HIV/Aids has dipped. During the International Aids Conference in July, the Globe and Mail reported that international funding for HIV/Aids stood at $8.1-billion, while TB “had to settle for a modest pre-conference meeting, and a little less than $6-billion from donor countries” – despite killing exponentially more people in the last year. It’s been estimated locally that approximately $13-billion is needed to combat TB by 2030, with an annual gap of around US$1.6-billion; an international report put the figures at “$600-million a year […] to implement collaborative TB/HIV activities, such as increased testing for TB among people living with HIV.”

A recent report underlined the potential ramifications of underestimating TB, noting that the disease’s impact was significant even on those who were taking antiretrovirals. “Communities, researchers and healthcare workers do not often collaborate on TB in the way we all do in responding to HIV alone,” the authors wrote.

The trouble is that TB and HIV/Aids can’t be tackled in isolation. On Wednesday 17 August, Dr Ren Minghui, the WHO’s Assistant Director-General for HIV/AIDS, Tuberculosis, Malaria and Neglected Tropical Diseases, said that the 2016 International Aids Conference in Durban was a celebration of progress made in the last 15 years, but also “a stark wake-up call”.

“Despite the tangible results – which include millions of lives saved – it is increasingly clear that … the world needs to take the fight several steps further,” he said.

Funding, as well as other logistical barriers, continued to be a significant obstacle, he added.

“From the outset, the fight against infectious diseases has been dogged by social, legal and economic barriers, and funding gaps have been significant,” he said.

In the context of a global dearth of funding, it’s significant that R1.2-billion has been invested in launching the Africa Health Research Institute, located in the heart of KZN – which has the highest HIV burden in South Africa, but is also home to one of the top HIV/Aids research centres in the world.

The Research Institute, which will work with over 60 academic and clinical institutions in South Africa and elsewhere, will be the largest of its kind on the African continent, Pillay told Daily Maverick. It received grants from Wellcome Trust and the Howard Hughes Medical Institute (HHMI), with UCL (University College London) and the University of KwaZulu-Natal (UKZN) as academic partners. It is an interdisciplinary institute, combining the Africa Centre for Population Health’s detailed population data from over 100,000 participants, with the KwaZulu-Natal Research Institute for TB-HIV’s (K-RITH’s) basic science, experimental medicine and laboratory facilities. The real difference, says Pillay, lies in the fact that for the first time, research breakthroughs will immediately be able to reach a large group in a TB/HIV hotspot.

“The emergence of drug resistant strains of TB and HIV present a major public health crisis,” the Institute added in a statement. “This [KZN] is the one place in the world where the marrying of disciplines can have maximum impact on new HIV infections and TB transmission.”

The Institute plans to link clinical and laboratory-based studies with social science, health systems research and population studies to better understand the TB/ HIV duo, as well as demonstrating how best to reduce morbidity and mortality. It’s also focusing on training new scientists.

Pillay told Daily Maverick that combining laboratory work with large-scale studies at population level could assist in reducing morbidity and mortality. The institute would also be working extensively with child health, beginning with managing maternal health during pregnancy. Further, it would seek to deepen understanding of why there is such a prevalence of drug-resistant TB in South Africa. In between, its researchers are developing new diagnostic tests, since screening remains a significant challenge.

It will make a significant impact, says Pillay, that leading lab research can be applied to such large population longitudinal surveillance.

“It is an important component of the South African effort to fight HIV and TB. The prevalence of infection is so high that we are in a good position to do the research and apply the findings, not just to sub-Saharan Africa, but to areas across the world where HIV and TB is less prevalent but still a challenge.”

The institute, he adds, will now be able to examine why there are changes and develop tools to institute trials on that population. “We are moving from observing to doing something about it,” he says.

There is a great deal of “very good” research already under way in South Africa, he explains, but as yet the inability to link research outcomes back to large sectors of the population quickly have limited its impact.

Will this new direction be enough to help South Africa meet the UN-backed Sustainable Development Goal of combating TB? It’s certainly a start. Realistically, fighting TB and HIV/Aids is not only a matter of building state-of-the-art research centres, but also driving political will to make a real difference. It also requires increasing awareness population-wide of the ongoing impact of co-infection.

Perhaps the establishment of a research powerhouse on South African soil – and the media attention its research is likely to attract – will help to achieve this. Meanwhile, the pouring of a significant amount of funding into new research, which can ultimately take its findings straight back to a large sector of the population, does signify an important step forward. DM

Photo: Demonstrators march to the Durban International Conference Centre, in Durban, South Africa, 18 July 2016 The protest on the opening day of the 2016 International AIDS Conference, is over essential treatments for HIV/AIDS. EPA/KEVIN SUTHERLAND