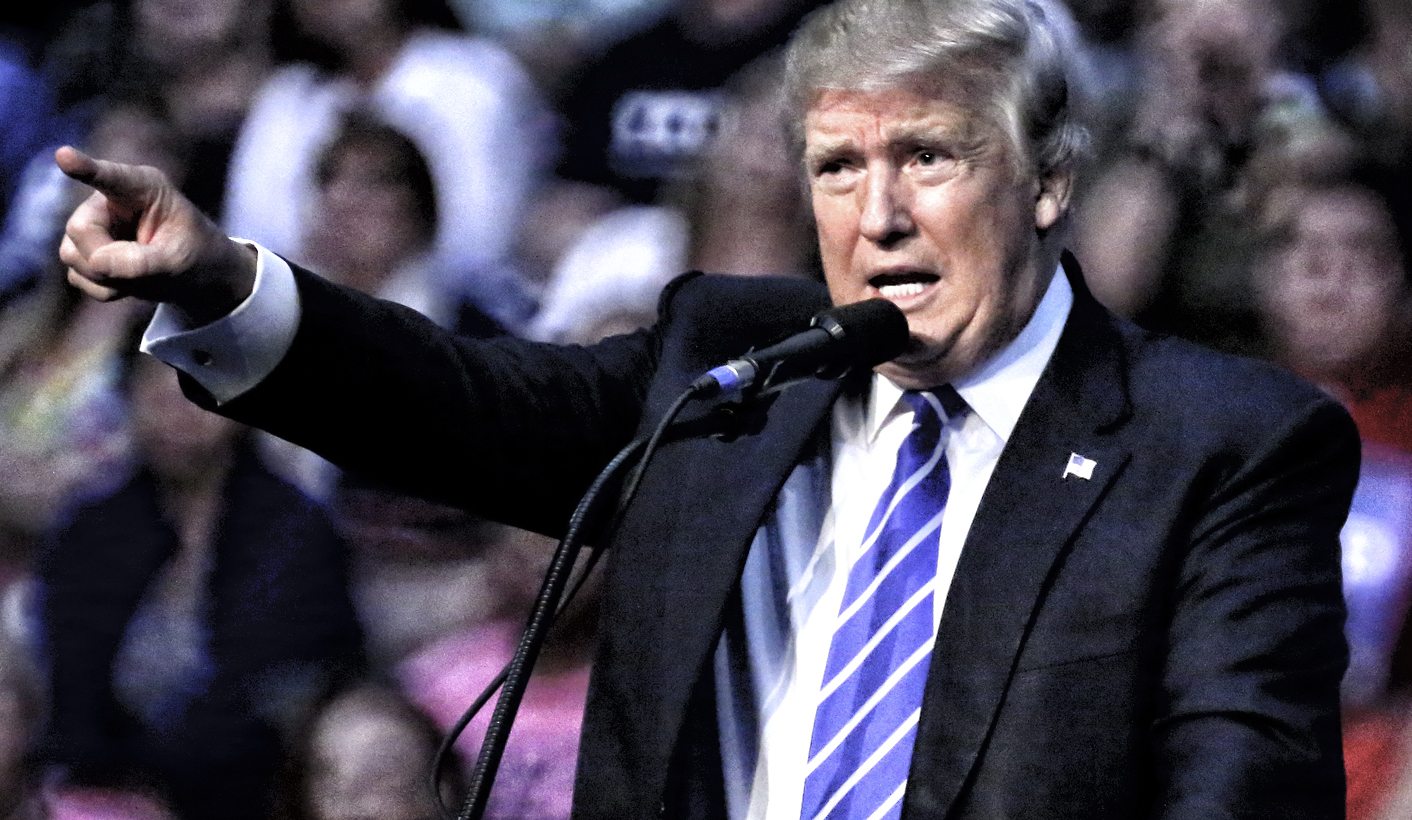 Donald Trump on Monday laid out a US blueprint for defeating global terrorism in partnership with Nato and Middle East allies, demanding extreme restrictions on immigration and likening the fight to the Cold War. By JENNIE MATTHEW for AFP.

The Republican nominee, who is tanking in the polls following weeks of self-inflicted disasters, made his pitch to be a security strongman as the Democratic vice president accused him of imperilling the lives of Americans.

“We will defeat radical Islamic terrorism just as we have defeated every threat we faced at every age,” said Trump in Ohio, a battleground state considered essential to winning the US presidential election.

His foreign policy address marked the latest attempt by the Trump campaign to get their maverick candidate back on message as his Democratic rival Hillary Clinton surges ahead in the polls.

Watering down his highly contested assertion that Barack Obama and Clinton created the so-called Islamic State extremist group, Trump said IS was “the direct result of policy decisions” made by the president and former secretary of state, referencing chaos in Iraq and Libya.

He claimed that the extremist group, which is the target of US-led air strikes and Special Forces operations in Iraq and Syria, was “fully operational” in 18 countries and had “aspiring branches in six more”.

The real-estate tycoon and former reality TV star promised to end the US policy of “nation building” and called for a “new approach” in partnership with foreign allies to “halt the spread of radical Islam”.

Trump vowed to work “very closely” with Nato, sidestepping previous criticism of the North Atlantic Treaty Organisation after saying that a Trump presidency would not automatically leap to members’ defence.

“I have previously said Nato was obsolete because it failed to deal adequately with terrorism. Since my comments, they have changed their policy and now have a new division focused on terror threats, very good,” he said.

Trump said he believed the United States could find “common ground with Russia” in the fight against IS – a claim bound to do little to silence critics who accuse him of being soft on Russian President Vladimir Putin.

He said his administration would “aggressively pursue joint and coalition military operations to crush and destroy ISIS”, another name for IS, and be a “friend to all moderate Muslim reformers in the Middle East”.

At home he demanded new immigration screening, saying that the perpetrators of a series of attacks in the United States – including the September 11, 2001, hijackings, the 2013 Boston bombings and the recent mass shooting in an Orlando nightclub – involved “immigrants or the children of immigrants”.

“We should only admit into this country those who share our values and respect our people,” he ventured, promising to temporarily suspend immigration from “the most dangerous and volatile regions of the world” that export terrorism.

“In the Cold War, we had an ideological screening test. The time is overdue to develop a new screening test for the threats we face today. I call it extreme vetting.”

On the home front he also proposed setting up a “commission on radical Islam” which would include “reformist voices in the Muslim community” to root out jihadist networks and stop radicalisation of young Americans.

But Vice President Joe Biden, who on Monday hit the 2016 campaign trail with Clinton for the first time, trashed Trump as unqualified for the White House and accused him of endangering the lives of US troops.

Biden’s folksy demeanour and ability to connect with working-class voters is considered an asset for Clinton particularly among blue-collar white male voters who lean toward her Republican rival.

“No major party nominee in the history of the United States of America has known less or been less prepared to deal with our national security than Donald Trump,” said Biden.

Trump’s accusation that Obama and Clinton created the Islamic State group had imperilled the lives of US troops, Biden said.

“If my son were still in Iraq and I say to all those who are there, the threat to their life has gone up a couple of clicks,” he said.

Manafort denied any wrongdoing, saying he had “never received a single ‘off-the books cash payment’” or worked for the governments of Ukraine or Russia. DM

Photo: The 2016 Republican presidential nominee Donald Trump speaks during a campaign event at the BB&T Center in Sunrise, Florida, US, 10 August 2016. EPA/CRISTOBAL HERRERA