Marikana and the #FeesMustFall Generation: Behind the drama lies SA’s challenge 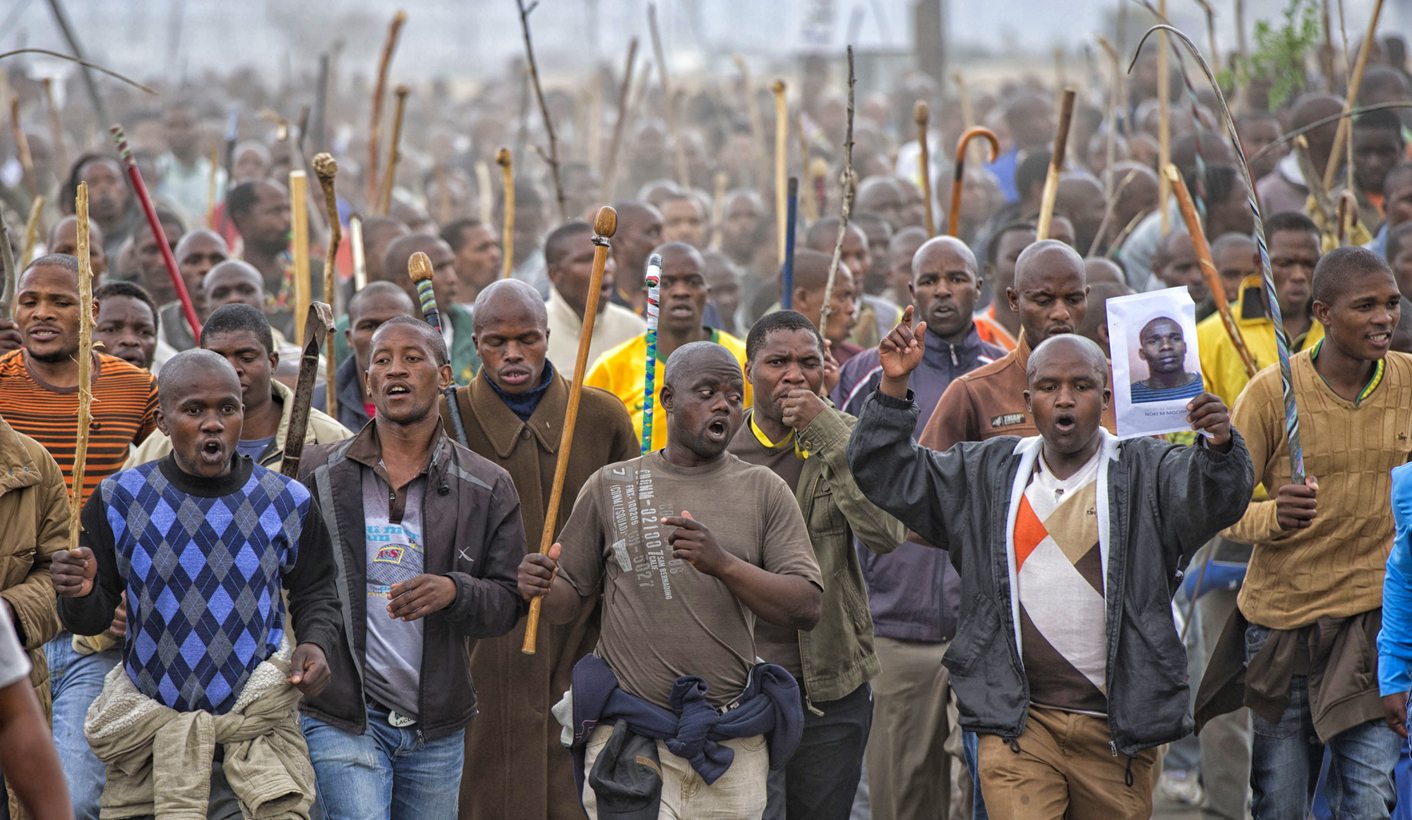 Four years after the Marikana Massacre, what do the killings mean? GREG NICOLSON says it’s not just about justice for those involved, but transforming South Africa rather than making basic improvements.

So students at a few campuses across the country protested on Monday – #FeesMustFallReloaded. Things have changed, a bit, but two issues from last year’s protests stand out. There was a feeling that young, black students are excluded from both the tertiary space and South Africa in general. Then there was the “missing middle”. The demographic you’d think are benefiting during democracy, those black families who survive on low-to-middle-income jobs – civil servants, teachers, nurses, some professionals – their kids couldn’t qualify for NSFAS and their parents couldn’t cover their university fees, especially with the increases.

We’ve spoken so much about the drama of Marikana. Understandable: 44 people were killed in a week. No one, really, has been arrested. The cops are still looking at how to improve their act, even after a two-year inquiry. Most of the wives of the dead now work at Lonmin, the platinum company their husbands died challenging. Lonmin is paying for their kids’ education, cool, but that’s some sort of obscene justice. The compensation that the victims’ families, as well as the hundreds of mineworkers who were injured and arrested, want from the state has been held up. Who knows if it’ll ever come.

What’s #FeesMustFall got to do with it? As I read The Spirit of Marikana: The rise of insurgent trade unionism in South Africa, by Luke Sinwell with Siphiwe Mbatha, I couldn’t help but think of the students. Marikana has been told through drama. Blood, mostly. There are characters, like strike leader Mgcineni “Mambush” Noki, Lonmin’s (and State Security Agency’s) Barnard Mokwena, police commissioner Riah Phiyega, a few ministers, leaders of the National Union of Mineworkers, and the ultimate South African, the man who cut across so many boundaries, Cyril Ramaphosa. Those characters are not what Marikana will mean for the future.

Marikana is now a fight for justice, not only for the dependants of those who were killed in 2012. It’s about the mining industry and it’s about the same issues the families in so many parts of the country spend nights fretting over.

“While the initial involvement of many mineworkers sprang from the moment, the involvement of a handful of those who became leaders at various points before, during and after the strikes was anything but spontaneous,” writes Sinwell. He and Mbatha trace the strikes at Lonmin and later at Anglo American Platinum to their origins. Who came up with the demands, they ask. How did these strikes begin? Why did so many people join?

Marikana and the later platinum strikes happened because workers believed they weren’t getting paid what they deserved, because dominant unions hadn’t represented their interests, because, despite South Africa being deep into its second decade of democracy, the men who performed the most dangerous jobs beneath the ground couldn’t be sure their children would have a better future.

“I found the money at Lonmin, it’s small. As the money is so small, it was clear that Lonmin doesn’t have the truth,” said Mofokeng. He doubled his wage, added a bit on top for room to negotiate, and decided workers should demand R12,500. The pair met in the changing rooms, noted the discrepancies between what they were earning compared to other Lonmin employees, and workers at other mines, and spread the conversation. That’s how Marikana began – no unions, no drama, just a couple of guys who decided they needed to push for more money.

The lengthy 2012 strike at Amplats, following the Marikana Massacre, started in the same way. Zukile Cristopher Mbobo and SK Makhanya met in April 2012 and discussed their issues. After meeting with other workers they decided to demand a salary of R16,070. They mobilised other workers, the Marikana Massacre came along and they turned it into a lengthy, unprotected strike.

At Lonmin and Amplats, the same arguments from workers came up for demanding higher pay and withdrawing their labour. The work is taxing and dangerous, which the salary doesn’t recognise. Others, even in the same job for the same company, are being paid more. The dominant union, NUM, hasn’t fought for workers’ rights and has neglected and even targeted employees. The platinum workers might have a job, but they make too much for certain state benefits and not enough to qualify for a bank loan to buy a car or a house.

They wanted to send their children to university, but could not afford the fees. While the country obsesses about unemployment, even those with jobs are struggling.

A lot has been done during democracy. The pay and conditions for mineworkers have improved from the near slavery-like conditions pre-1994. Mining companies often point out how workers receive better pay than comparative industries. So why were these random guys, albeit with their organising skills, able to rally workers to close the world’s biggest platinum companies for seemingly arbitrary wage demands?

The system itself is screwed up. Anyone in mining, with knowledge of the economy, will point to the complexities, the efforts of companies to help workers, but scoff at attempts for drastic change.

Transformation is slow to implement, but democracy held hope. Things may have got better for mineworkers, but that hope has not been fulfilled. For many of those who continue to work hard, who deserve, at least, to achieve a better future for their children, the odds remain stacked heavily against them. Of course, there are no simple answers. There are almost no answers.

As we search for them, Marikana should be seen in context. It’s not just about the souls that tragically hang over those platinum mines. August 16 is about South Africa and how we’ve failed, how we caused #FeesMustFall. It’s about fighting for equal opportunities to live a decent life. It’s about attempts to transform a state rather than accepting piecemeal improvements and increases that still don’t allow us to send our children to varsity. DM