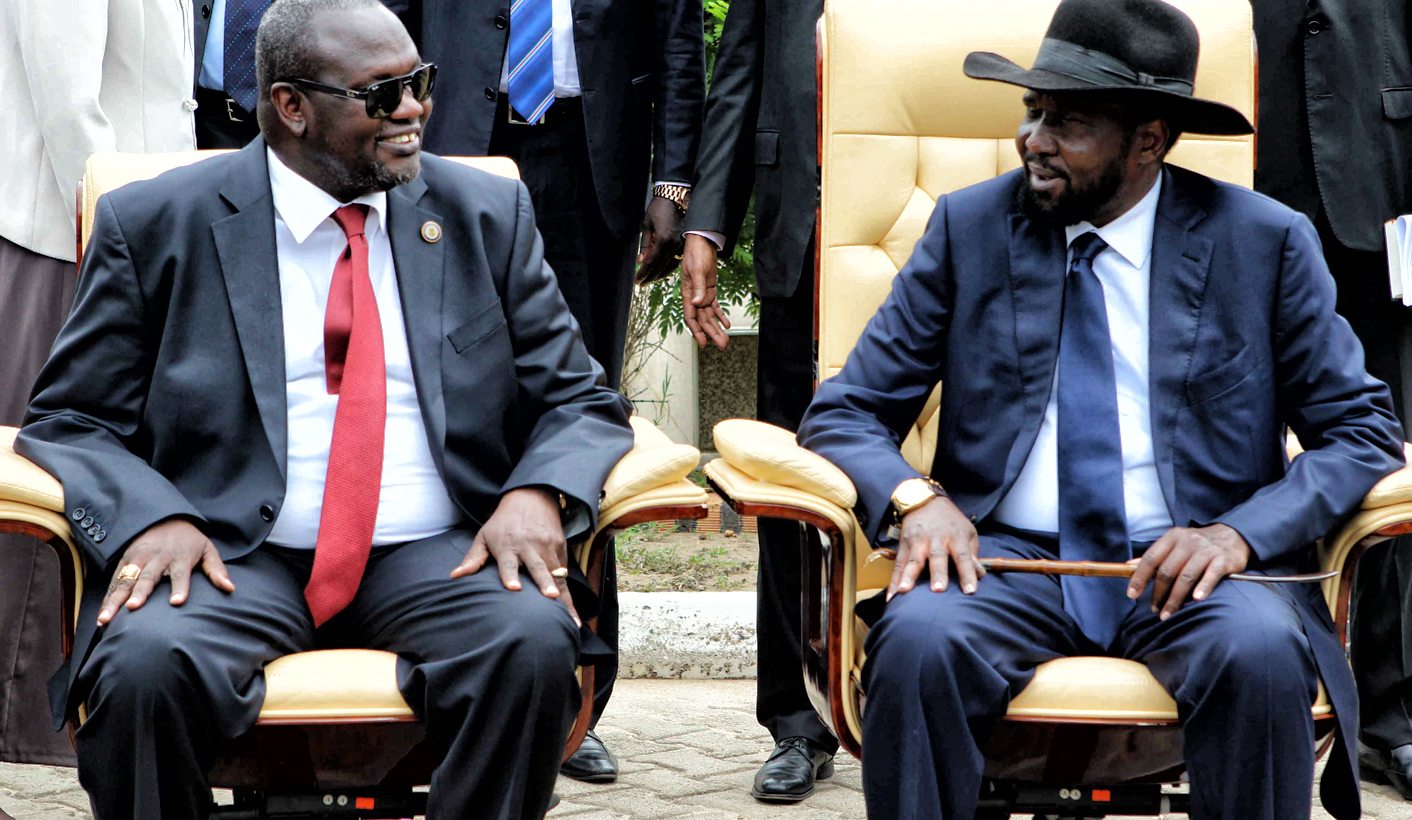 The crisis in South Sudan may seem intractable, but we haven’t run out of options yet. South Africa’s own transition to democracy should inspire policymakers to think differently. By JOHN HARKER.

The President of South Sudan, Salva Kiir, a former military commander, was just two years into the life of his new country when he fired virtually his whole cabinet, including his Vice President, Riek Machar. Fighting soon broke out. The crisis continues and is now more and more cast as a clash between the Dinka people, Salva Kiir, and the Nuer people, Riek Machar.

The severity of the fighting helped bring about a ceasefire, but it was soon shattered by heavy fighting in the capital, Juba; it was never more than a brokered pause. It must be bolstered and improved upon, not just by the forceful presence of solid and disciplined peacekeeping troops, as envisaged by the UN Security Council, but by drawing on lessons learnt, sometimes painfully, both from Sudan and elsewhere in Africa. There are such lessons available.

In September, 1999, I was appointed by Canada to head an Assessment Mission to Sudan which would look into allegations of slavery in that country, assess the impact on civil war of oil investments, and make recommendations for action.

This involved me in serious talks with both Salva Kiir and Riek Machar, one in a “liberated” town in the deep south, the other in the Presidential Palace in Khartoum.

I had previously produced advice for Canada on Nigeria, where the military government had earned global condemnation for its treatment of critics of the government’s relationship with Shell, the oil company operating in Ogoniland.

Before embarking on that task, I was well aware of the contribution made by Shell to increasing the chances of a negotiated end to apartheid in South Africa.

This was the resort to “Scenario Building”, an approach first constructed by Shell for use in its long-term commercial forecasting. At its core was the bringing together of stakeholders, disparate groups, or communities, and encouraging or facilitating their examination of different futures.

Shell made its processes available so that ANC and National Party activists sat together, first at Mont Fleur, facing up to what the future might bring their country.

Later, my Sudan Report recommended that Scenario Building be considered in efforts to resolve the age-old civil war in that country. That war ended with the creation of the independent state of South Sudan, now regarded by many as a “failed state”. One ripe for UN “trusteeship”.

Today, Scenario Building has much to offer the dire situation in South Sudan, so long as every effort is made to ensure that participants are as well prepared as possible, and South Africa’s history has something to offer here.

When Nelson Mandela was released from prison in 1990, he asked a meeting of Commonwealth foreign ministers for help in identifying priorities in training and education in order to develop the human resources of the country he hoped to lead.

The Commonwealth, to which Salva Kiir adhered his new state just as did Nelson Mandela his, established an “Expert Group on Human Resource Development for a post-apartheid South Africa”, which was assisted by civil society organisations, universities and churches from all over the Commonwealth, and from South Africa itself.

It produced a report which served to focus international donors and, later, South Africa’s new government. Something similar could be useful to the highly charged situation in South Sudan today.

But, given the massive mistrust reverberating through the country, perhaps a useful first step might be drawn from an earlier though equally significant intervention.

In 1985, Commonwealth leaders meeting in Nassau, and anxious to find a useful way of helping South Africa, agreed to create an Eminent Persons Group, comprised of distinguished public figures from across the Commonwealth, which travelled to South Africa to meet all sides and attempt to move that conflicted country to a political, peaceful, end to apartheid.

This action gave reconciliation in South Africa a kick-start; it set trust in motion. Could something similar, a South Sudan Eminent Persons Group, with high-level membership from around the Commonwealth, give peace-building there a rebirth?

If the Commonwealth, working closely with the UN, IGAD, and the OAU, could also help Salva Kiir, Riek Machar, and other leaders, like Taban Deng, to embrace Scenario Building and an Expert Group approach to further human resource development and civil society capacity building in South Sudan, this would give sustainable peace a chance, and the value of real leadership would be underscored in a world where it remains both elusive and necessary.

It is not enough to decry a state of leadership, or imagine imposing it. Surely we have learnt more than that? DM