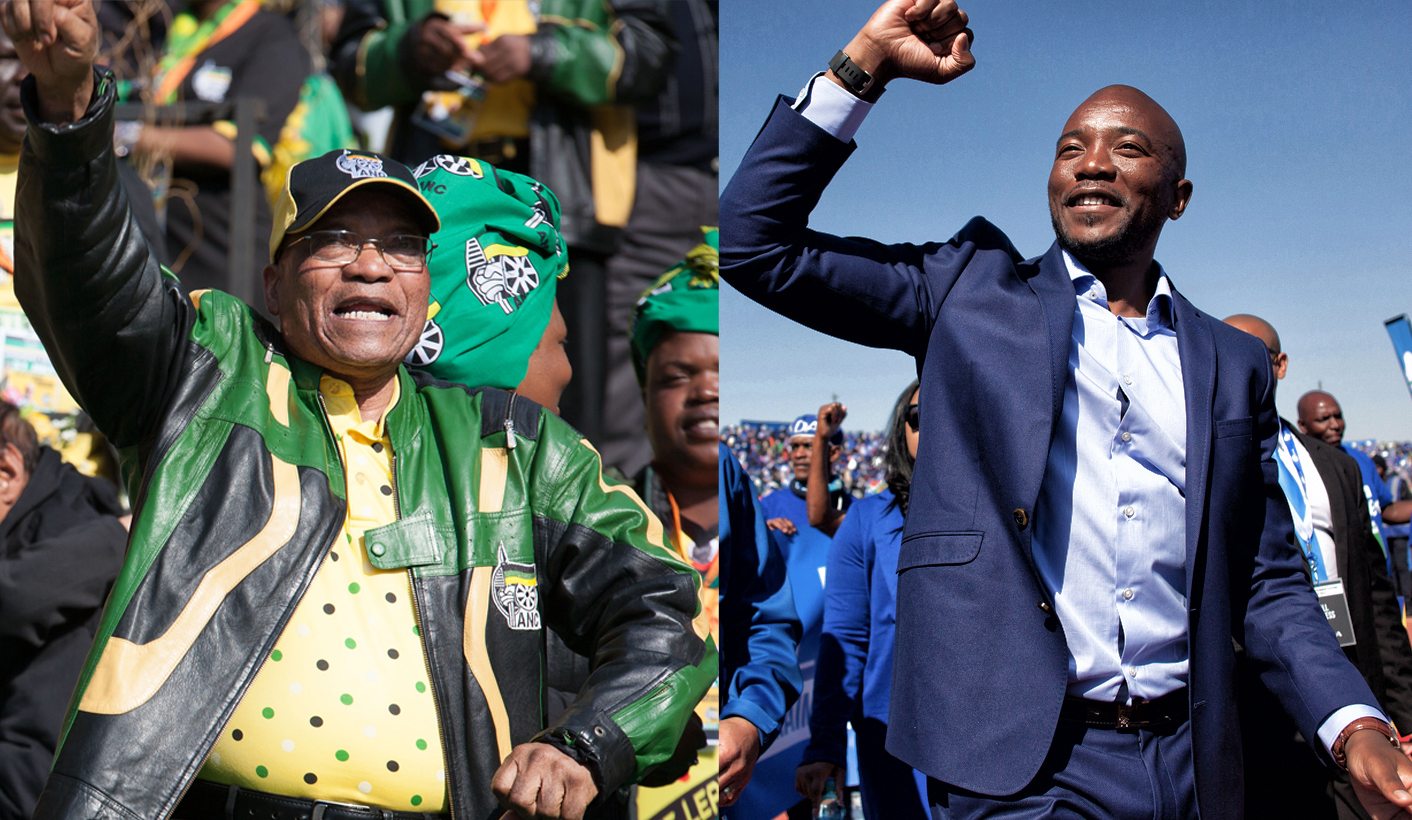 Despite the fact that the elections that occurred nearly two weeks ago were “only” local government elections, they have come to assume a massive national significance. The reason is that several important myths and impressions have now been dispelled. In some way, the bedrock of our politics, the assumptions that would always underpin whatever decision or strategy was decided upon, have now been shown not to be true. This is the case mainly for the ANC. The idea that it will always be dominant, always rule “until Jesus comes” (or Mangosuthu Bhutelezi gives up the leadership of the IFP) has been shattered. But other important assumptions have also been destroyed, including the idea that the DA is only a “white” party. This is going to make it much harder for the ANC in the future, even if it does actually get its act together. By STEPHEN GROOTES.

When Helen Zille was elected leader of the DA in 2007, every single person in South Africa, including herself, knew that she was never going to be president of the country. That was a year dominated by a much bigger, much more significant political event up North in Polokwane. Up until 10 days ago, the same would probably have been assumed of Mmusi Maimane. The man dubbed “the little Obama of Soweto” by his opponents/detractors was never going to have to go through the trouble of picking out wallpaper for the Presidential Guest House.

Consider the fact that the race-based campaign run by President Jacob Zuma didn’t work, consider that the ANC shows no signs, yet, of actually pulling itself together, consider that it seems many people are still more interested in trying to line their own pockets, or win their own battles, than fighting for the ANC. And consider this: it still seems that no one in the ANC, in any position of real influence, is prepared to stand up in an NEC meeting and say what everyone else knows, that President Jacob Zuma himself is the party’s Number One problem.

Still, let’s not get ahead of ourselves. Sure, the ANC won only 54.5% of the votes across the country in these elections, but the local election figure is often significantly lower than the national figure. That said, even if the number just holds stable, that would mean the ANC falls from 62% in 2014 to around 55% in 2019. An astonishing fall no matter which side of the spectrum you are from. (Politicsweb has published a helpful table in this regard)

All of that said, the momentum is now with the opposition parties. They are moving forward, the ANC is not just drifting but actually going backwards. And that is partly because certain myths about the DA have now been shattered.

The ANC’s favourite complaint about its opposition has been that it is a “white party”. Even as far back as that 2007 DA conference, this claim was not true. Delegates, sent by branches to DA gatherings, are overwhelmingly black. But the claim stuck partly because of Zille’s presence as leader, and because of some of the people around her. Much of that has changed. But the perception of the DA is now much closer to the reality of the DA. Maimane is the leader, its spokespeople are black women, it had only one white mayoral candidate for a metro in Athol Trollip (who won, and gave his victory speech in Xhosa).

If you were a young person wanting to enter politics now, and you were white, coloured or Indian, where do you think you would feel most comfortable? This could actually mean that the price the ANC pays for using this strategy will be felt far into the future. At the same time, other people within the movement may well feel very uncomfortable with the use of race in this way. And, should the ANC ever go further down this path, should it ever suggest, say, that some people are more South African than others, it’s only a matter for time before the demon of tribalism is uncorked within it.

Something else may also be changing in the minds of some voters. There is, of course, no such thing as a “typical black voter”, the very idea is derogatory. But it can be possible to predict the decisions of large numbers of voters. Some black people may have voted DA in this last election, feeling slightly uncomfortable about it, feeling that sense that maybe they were in fact selling out their racial identity as a black South African person. It’s a complicated dynamic, and different for everyone, but this could be the case. Imagine then how those people feel now, knowing that a large number of their friends and relatives voted for the DA too. They must surely feel more secure about their choice.

The fact that the turnout was relatively low in township areas in this election may also suggest that there are a large number of black voters who considered voting DA, but simply couldn’t bring themselves to do it. Now they, too, know that many of their friends and relatives did vote DA. Could that mean, then, that they may feel very comfortable voting for Maimane the next time around? And if that is the case, could the percentage of votes that the DA gets from black voters actually jump, rather than simply rise slowly?

The other big myth that has been dispelled is that the ANC can use race as a campaigning tool, and gain votes as a result. Zuma’s continued use of race clearly backfired in urban areas. In a way, perhaps the big political mistake was to forget that the people who grew up during the Mandela years, and the Mbeki years that followed them, were told again and again that reconciliation is the way to go (and, of course, what other options are there?). We should not be surprised then that these voters rejected this message. However, it is possible that in a national election, where the stakes are seen to be much higher, and where the urban/rural dynamic is slightly different, that this tactic is employed again. It is probably possible to say at this moment that it will not work in Gauteng, but it may have some success in other provinces.

That said, it is also possible that much of society starts to turn on the ANC for using this tactic. As Rivonia Trialist Dennis Goldberg said in an interview with Cape Town Television last week, this also gives the idea of nonracialism to the DA on a silver platter. And Maimane is incredibly well positioned to use it.

What is truly astonishing about all of this is that the share of the vote that went to the DA did not actually jump up that much. In places like Joburg, Tshwane and Nelson Mandela Bay, what really changed the game was the fact that the EFF took votes from the ANC. Its main achievement was to show that it can be sustainable, it did not implode after its first election as Cope did. But politics is perception. The DA is in the driving seats when forming coalitions. And thus the perception of the party has been fundamentally altered. While the perception that the ANC is led by someone who is corrupt, who will do anything to protect himself and his friends, no matter where they are from, appears to be setting in strong concrete. DM