Analysis: Light questions and tough decisions – the search for a new Public Protector 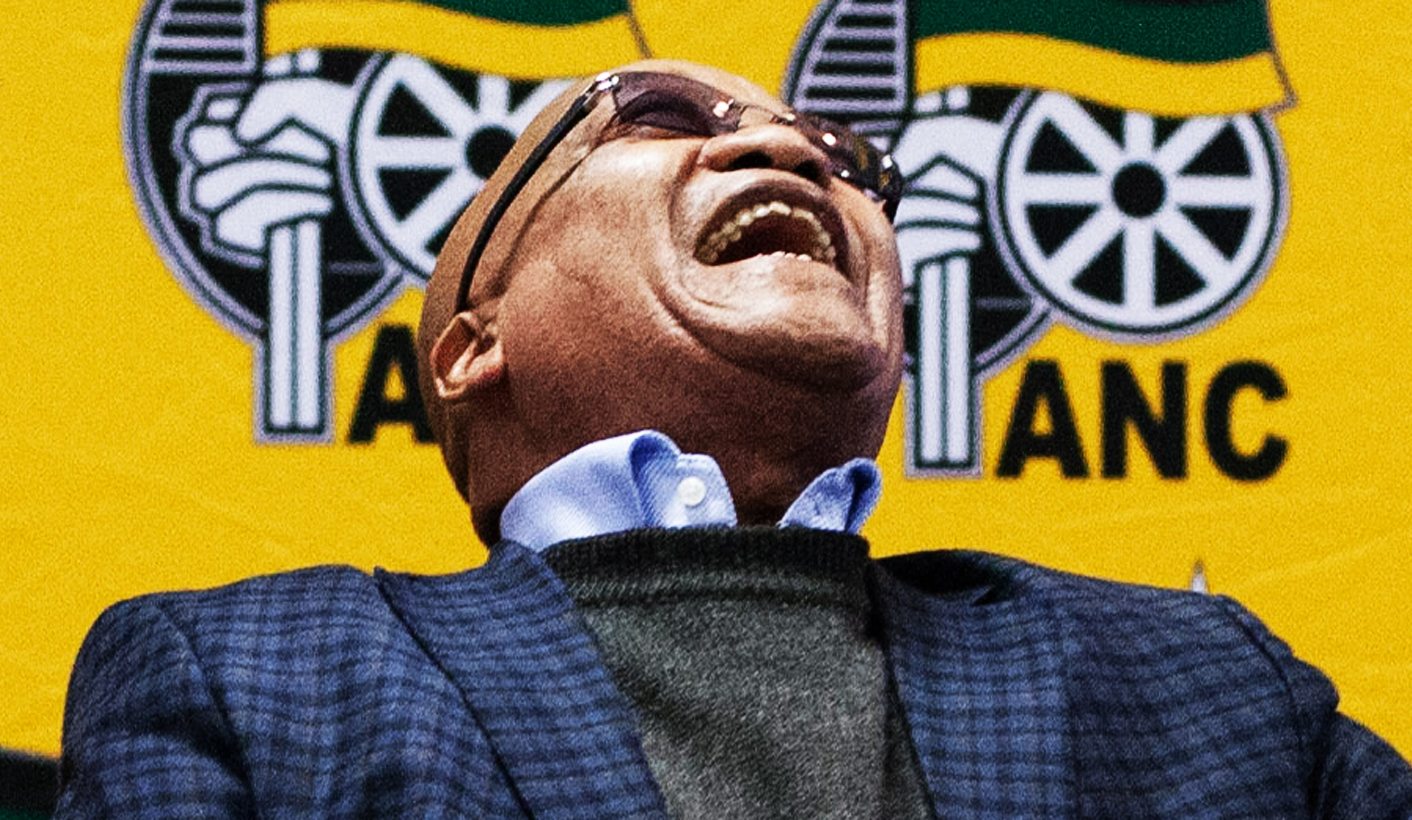 Some time this week Parliament’s committee established to find the next Public Protector will announce when it will meet to deliberate on who should succeed Thuli Madonsela, whose term ends on 14 October. It’s the next step in a process that saw 14 candidates interviewed over 19 hours until 03:06 on Friday. And while the boxes of transparency appear to be ticked – interviews were televised live, public comments solicited and received – questions remain about the process and some of the shortlisted candidates. The committee has until 31 August to table its chosen candidate for approval in the National Assembly. By MARIANNE MERTEN.

It was just before 02:00 on Friday when Professor Bongani Majola took his seat on the green leather benches of the Old Assembly Chamber. He, like the other 13 candidates, had arrived just after 07:00 on Thursday to wait their turn in a holding room. Committee chairwoman Makhosi Khoza apologised for the hour, but Majola simply responded that this was unnecessary as everyone was there for democracy.

For many observers Majola hit all the right notes: a law professor, an advocate, director of the Legal Resources Centre (historically it represents the marginalised, often in public interest litigation) and more than a decade of international experience. In late 2002 he had turned down a nomination as Public Protector because he was being appointed as the deputy chief prosecutor at the United Nations International Criminal Tribunal for Rwanda (UN-ICTR). Joining the tribunal in 2003, he was appointed on 20 December 2012 as UN-ICTR Registrar and UN assistant secretary-general, effective from 1 January 2013.

When Economic Freedom Fighters Chief Whip Floyd Shivambu asked why a person who had been “implementing apartheid laws” should be trusted, Majola – who started out as a KwaZulu bantustan prosecutor and magistrate in the early 1970s – quietly responded that there were still assaults and broken contracts in black communities.

“The fact that we were under apartheid unfortunately did not lend itself to saying ‘Sorry, you were assaulted, there’s nothing we can do”. And he pointed out that any apartheid security branch cases would have been heard in Newcastle, South Africa.

While Majola did not have the worst of times, as the hours ticked away on Thursday word was that the ANC MPs preferred Western Cape High Court Judge Siraj Desai, and Nonkosi Cetywayo, currently the Sheriff for the Belville magisterial district. Their comparatively light questioning by ANC MPs appeared to underscore such a view.

ANC MP Bongani Bongo “appreciated” the judge’s honesty about the “Mumbai incident”, the 2004 rape complaint laid, and withdrawn, by a fellow delegate to an international conference in Mumbai, India. That matter was raised by opposition parties.

Cetywayo’s interview, scheduled last in Thursday’s marathon session, was moved earlier on request from Khoza. The reason? She was driving herself home while the other interviewees had drivers to take them to their respective hotels.

It is understood Cetywayo’s closeness to National Assembly Speaker Baleka Mbete, who is also the ANC national chairwoman, might be a consideration. Two years into Mbete’s first four-year stint as Speaker, from 2006, Cetywayo was the executive director in her office. In 2008 she moved with Mbete to the deputy presidency as special strategic advisor. In 2009, when Kgalema Motlanthe became deputy president, Cetywayo returned to Parliament to head the Office on Institutions Supporting Democracy. It remains unclear what exactly was achieved.

On Thursday evening it emerged that Cetywayo gave a legal opinion that Parliament could no nothing about the Public Protector’s Nkandla report until it was submitted directly to the national legislature. Asked by opposition MPs why she did not recommend to request a copy from the Public Protector, or even just google it, Cetywayo emphasised that lawyers first considered matters of procedure and, if that was not up to scratch, generally were reluctant to enter matters of substance.

Opposition MPs also had to repeatedly ask whether she was an ANC member before this was answered in the affirmative, and Khoza stepped in to say this was “not a crime”.

In contrast, free rein was given to ANC MPs hostile questioning of Kaajal Ramjathan-Keogh, the head of the Southern Africa Litigation Centre (SALC). Last year the centre successfully approached the courts for the arrest of Sudanese President Omar al-Bashir. However, he was allowed to quietly leave the African Union Summit in South Africa and government is appealing its previous court defeats to the Constitutional Court in November.

Led by ANC MP Amos Masondo – “Is this organisation foreign-controlled and foreign-run?”, “Who is funding you and who is funding your funders?” – Masondo was also allowed by the chair to refuse an opposition request to withdraw these “offensive” questions.

It is such different treatment at key moments which has cast a pall over the process even as it is thrown open to avoid any accusations of gerrymandering.

Neither was the one-day marathon of interviews without concern. Cautions about the possible impact on the integrity of the process were raised by the Council for the Advancement of the Constitution (Casac) and Corruption Watch, which has driven a public awareness and advocacy campaign around the next Public Protector. The EFF and DA have also raised concerns.

All candidates had to arrive early on Thursday morning to be sequestered in a holding room. The motivation was to prevent anyone from getting an advantage as the interviews were broadcast live. But this effectively fell apart as candidates were allowed to keep their electronic gadgets: online media published reports on the interviews, which were also streamed live and tweeted.

Eyebrows were already raised during the committee’s shortlisting in June when political parties simply called out their preferred candidates, without any discussion on whether the candidates actually met criteria for the job. The shortlist grew from 10 to 14.

At least one candidate, attorney Jill Oliphant, expressed surprise that she had made it after being nominated by her sister, to whom she is very close. Others seemed to fall on their own swords during the interviews over nondisclosures. Former Deputy Public Protector Mamiki Goodman (nee Shai) argued that she had not disclosed her suspension from the National Gambling Board because the application documentation only asked about previous employment. The Sunday Times reported that she resigned with immediate effect from the board on Friday.

The role of State Security Agency (SSA) in the search for a new Public Protector, or anyone else holding public office, may yet have further impact. The SSA found current Deputy Public Protector Kevin Malunga “unsuitable” as he qualified only for confidential, not top secret, security clearance due to the Zimbabwean citizenship he held until 2010 when he renounced it to become South African. It remains unclear on what law the SSA based this verdict – the Public Protector Act does not require security clearance, only that the incumbent be a fit and proper person – and why this was not raised four years ago when Malunga was appointed by the justice committee. Although SSA also investigated the other candidates, they got the green light, regardless of default judgments and criminal cases of assault and the sale of liquor.

In 2009 the MPs then tasked to find the next Public Protector had to reopen the application process due to an insufficient number of qualified candidates. At a committee meeting on 7 September 2009, according to minutes from the Parliamentary Monitoring Group (PMG), MPs discussed the 33 candidates and eliminated those who did not meet the legal requirements of the job, before settling on a shortlist of eight.

That shortlist included 2016 repeat applicants Goodman and Advocate Michael Mthembu. And it included Madonsela, whose nomination for the post was approved unanimously in the National Assembly, and President Jacob Zuma appointed her from 15 October 2009.

It has been a rough and tumble seven-year, non-renewable term for Madonsela, whose office each year handles about 24,000 cases from protecting whistle-blowers to ensuring pensions are paid out and unfair treatment by bureaucrats.

Much of the spotlight has fallen on a number of investigations into the high life of ministers under the Executive Ethics Act, but none has caused more controversy than Nkandla.

Criticism of Madonsela ranged from the personal (remember the ANC youth league’s “clumsy clown” comment and those on her nose by the Congress of Students of South Africa?) to being fingered as a supposed CIA spy and being told the Public Protector was an ombud whose findings were mere recommendations.

The process to appoint a new Public Protector is closely watched. And so the ANC in Parliament is under pressure to avoid being accused of steamrolling the process. But whether throwing open the process to public comment and scrutiny was just a ticking-the-box exercise remains to be seen. And the proof of the pudding will be in that name put forward for approval by 60% of MPs in the National Assembly. DM