After a weekend of reflection, the ANC is talkin’ about the ‘collective’ in the mirror 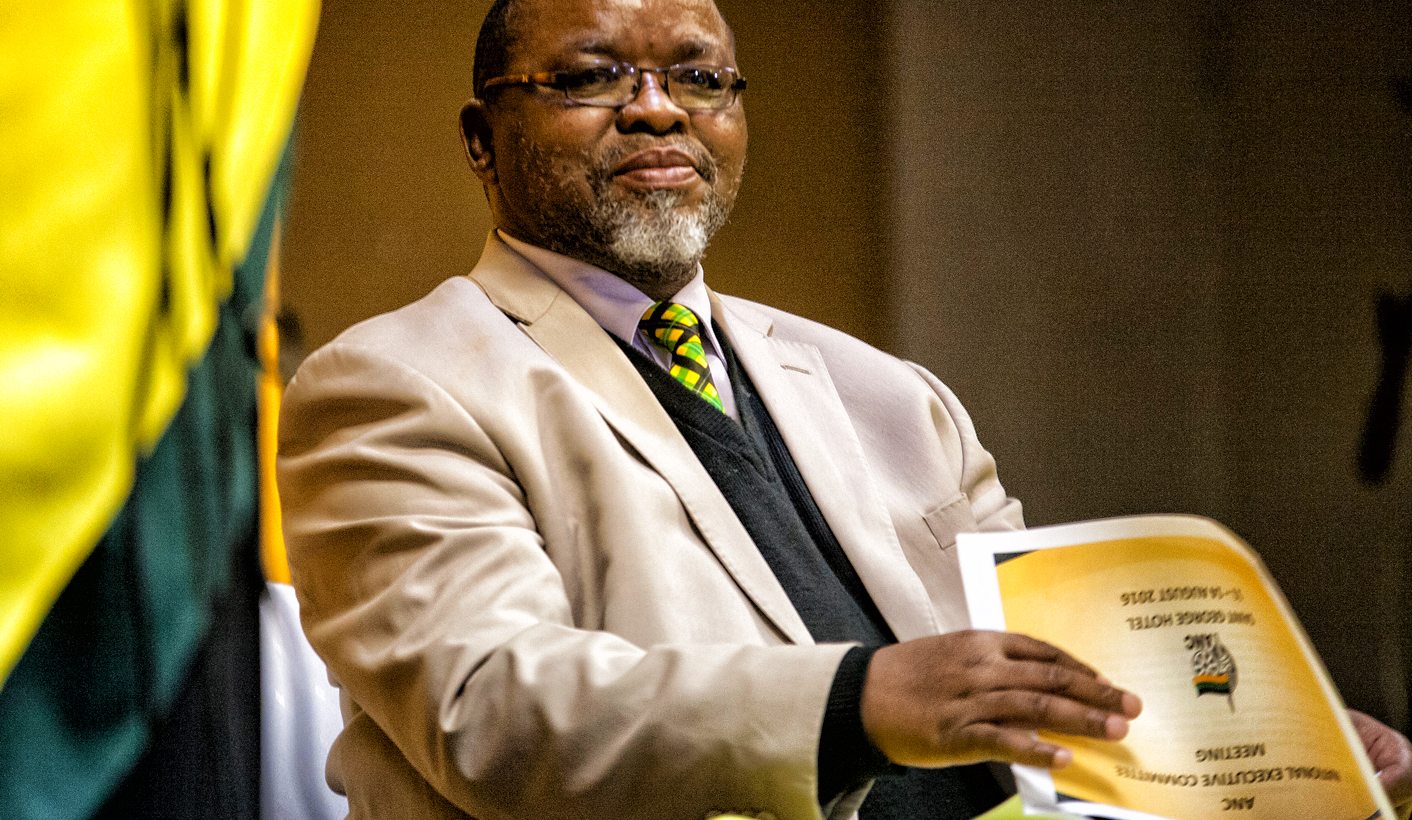 A week after accepting the bruising local government election results, the ANC is looking towards the 2019 elections. It’s time to clean up its image and make a bigger difference in people’s lives. That’s easier said than done, especially as the ANC retains Number One. By GREG NICOLSON.

After a four-day meeting of its national executive committee (NEC) in Tshwane, the ANC on Sunday night said it was disappointed by the loss of key municipalities and its failure to retain an outright majority in certain metros. In its statement, the NEC said it had heard the message from voters and accepted responsibility for the poor performance.

“The NEC viewed the outcome of the elections as a clarion call of the people to the liberation movement to urgently take steps to speed up the programmes of change, and rectify the many subjective weaknesses affecting its capacity to play its historic role. This requires serious, objective and robust introspection within the movement itself, starting with the leadership at all levels,” read ANC Secretary-General Gwede Mantashe from the statement.

The party wants to focus on strategies to energise supporters and voters, Mantashe continued.

“This will require us to deal with perceptions of the ANC being arrogant, self-serving, soft on corruption and increasingly distant from its social base.”

The NEC named 14 measures to begin the turnaround. It will visit all provinces to meet structures and communities, investigate violations of the candidate selection process, urgently try to address factionalism, including in the NEC, train councillors and employ service delivery monitoring programmes to ensure party representatives perform in government. It also plans to address the “cancer” of corruption, accelerate government job programmes, push government to resolve plans for a minimum wage, and mandate the state to bring stability to state-owned entities such as the SABC, Eskom and SAA, deployees at which are to be summoned to the next NEC meeting.

Many of the interventions appear long-term and the ANC has made similar commitments in the past, but some are more immediate. While university students could protest soon against another round of fee increases, the NEC said the principle of no-fee increases should continue while discussions on the future of higher education funding continue. The ANC also said the Cabinet’s next meeting must “reprioritise” the budget to reflect the NDP and nine-point economic plan.

In response to the election results, ratings agencies cautioned that the ANC government could look to implement populist policies to win the electorate’s favour. The Treasury has not budgeted to cover the next round of tertiary fee increases. Mantashe provided little detail on how the Cabinet could alter the budget but said “it can’t be business as usual” and resources must be diverted.

The secretary-general was questioned on how the party would tackle issues of factionalism, corruption and problems in SOEs but offered few details. The ANC will deal with “factional behaviour”, look at how it addresses corruption and the public’s perception of corruption, and target at key issues at SOEs that have caused panic, like Eskom’s announcement on independent power producers. The NEC produced a more detailed document to work on its plans and will further survey the public to understand the poor performance, Mantashe said.

Much of the speculation on who might foot the blame for the ANC’s performance has revolved around President Jacob Zuma, but Mantashe said there were no calls for the party leader to resign.

“The debate was: should we blame one person for the performance of the ANC? Where was this leadership collective?” he said, citing the party’s repeated commitments to collective decision making. “Not only the top six, the national executive committee of the ANC is taking responsibility for the poor performance in the elections.”

While the NEC met over the weekend, the ANC continued discussions with opposition parties in the hope of forming coalition governments in hung councils. “It’s almost an impossible task,” said Mantashe, who is among the NEC members who have been involved in coalition talks, “everyone wants a pound of flesh.”

No party won an outright majority in metros such as Johannesburg, Tshwane, Nelson Mandela Bay and Ekurhuleni, as well as other councils around the country, and the ANC is in negotiations with other parties in the hope of forming a government. It has met with the EFF, which could determine the leader in a number of metros, and is talking to the African Independent Congress (AIC) about forming a national coalition.

Mantashe said only when councils elect a leader will we know who will govern the hung municipalities. The DA, he said, has been premature in acting as if it will govern in Johannesburg and Nelson Mandela Bay. City Press has however reported that talks between the DA and EFF could see the Fighters supporting the DA in Johannesburg and Tshwane. The DA remains well placed to take Nelson Mandela Bay, needing only four seats, two of which are likely to come from the UDM and another two from other smaller parties. With the support of the AIC, the ANC will probably take Ekurhuleni. DM