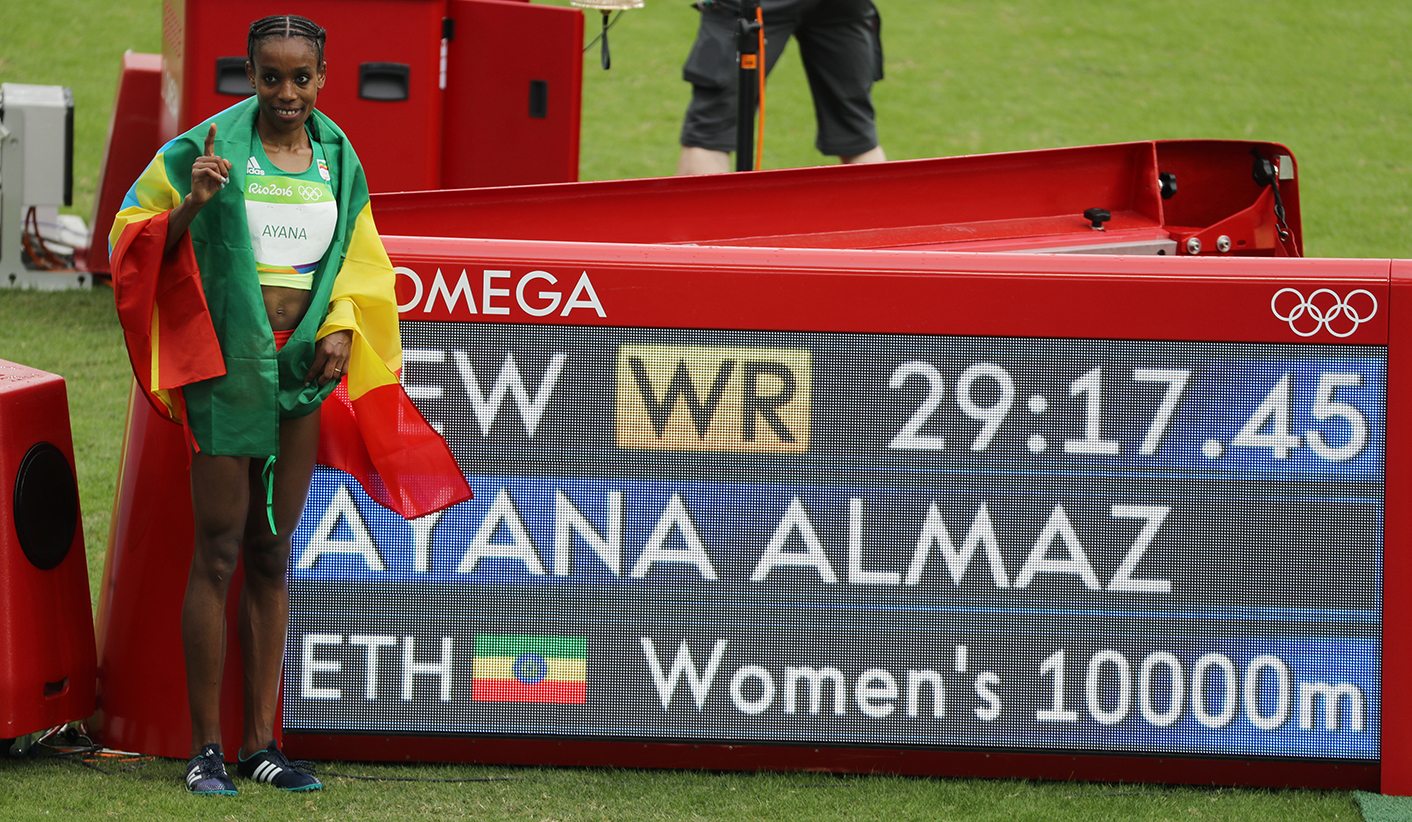 Ethiopia's Almaz Ayana broke a record that has been standing since 1993 by more than ten seconds when she took gold in the 10 000m race at the Rio Olympics on Friday.

Chinese swimmer Chen Xinyi and Poland’s 2012 Games champion weightlifter Adrian Zielinski failed tests while a Kenyan coach was sent home for reportedly pretending to be an athlete for a dope test.

The 24-year-old pulled away from the field midway through the race and never let up before powering home in 29min 17.45sec.

Her winning time was nearly 14 seconds quicker than the previous world best of 29:31.78 set by Wang Junxia in Beijing in 1993.

The drug was detected as the 27-year-old was gearing up for the 94kg contest in Rio last Saturday, Poland’s anti-doping agency said. His brother Tomasz, 25, was also registered before he was also to have failed a test.

Damekova, a 3,000m steeplechase athlete, admitted she had tested positive for the blood booster EPO.

David Rudisha cruised into the semi-finals of the men’s 800m in Rio after a Kenyan coach was sent home in disgrace after having tried to impersonate an athlete for a doping test. DM

Photo: Almaz Ayana of Ethiopia poses in front of the scoreboard after winning the women’s 10000m final with a new world record at the Rio 2016 Olympic Games Athletics, Track and Field events at the Olympic Stadium in Rio de Janeiro, Brazil, 12 August 2016. EPA/ANTONIO LACERDA